If you need assistance to stay housed, call (508) 771-5400 or email: hac@haconcapecod.org. We are happy to talk through your situation and identify any funding programs or services that may be available to you.

Even if you’ve never qualified for public assistance, don’t be afraid to ask for help now. There are many new government programs available and our local community has stepped up with donations to our new Workforce Housing Relief Fund.

These funds will enable us to support more than 300 families over several months as their households and the community recovers. Funding comes from towns and foundations, as well as individual donors. 100% of donations from individuals is passed through directly to make housing payments for our neighbors. 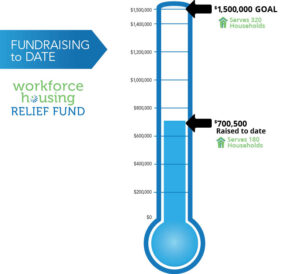 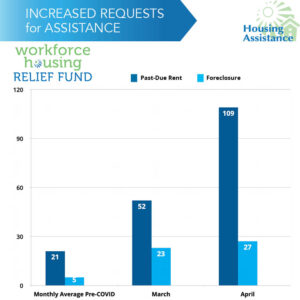 Housing Assistance is also the regional administrator for RAFT (Residential Assistance for Families in Transition) funding and private homeless prevention programs all of which can provide payments to help keep you safely housed. These programs, as well as the Workforce Housing Relief Fund use the same application. 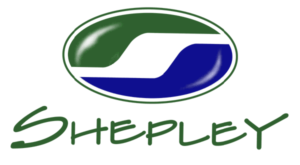 Ben is a single parent with a 13 year old son. Ben works full time as a bartender making about 55,000 per year. He also received 200/wk in child support, or 10,400 annually. Due to the shutdown of his employer, Ben is now receiving $525 a week in unemployment, yet is struggling to make his rent and buy extra groceries with his son home now and a lower income. Ben doesn’t think his employer is going to be able to reopen at all.

Holly works two jobs, one in housekeeping and the other as a dishwasher at a local restaurant, making 30,000 per year. Her boyfriend works for a fuel delivery company and makes 45,000 per year. Holly’s hours at her housekeeping job have been cut as the hotel is shut down, and the local restaurant has closed until further notice. Holly does not qualify for unemployment due to her immigration status. They have paid some of their rent for April, but are behind by $300, and haven’t saved anything for the $1400 rent due May 1.

Jessica is a self-employed artist. Since the pandemic she has had a major decrease in business coming into her gallery, had to cancel the classes that she teaches, and has had a decrease in commissioned work. Traditionally, she makes an annual income of about $50,000 per year. She has applied for a small business loan, however has not heard back if it will be approved. Jessica’s mortgage company will not agree to a forbearance plan with her at this time.

Paige has worked in sales for a national company for over 15 years. Due to Covid-19 she was one of many employees permanently laid off. Paige’s husband works full time in sales, however the business he works with is not required to offer health insurance. Paige now has to pay her full health insurance premium for her family of four, tripling their out of pocket costs for health insurance. Due to this increased cost Paige and her husband are torn between health insurance for their family or making their rent payment.