On the first Sunday in November, Santa Claus will make his first holiday appearance of the year at HAC’s Carriage House shelter in North Falmouth.

It’s an annual tradition that dates back 30 years with motorcyclists from throughout the region joining Santa in delivering gifts to children in need.

“It’s for the kids,” said Joe Wetherbee, who organizes the event each fall with his wife Clarissa.

In 1999, the ride was renamed the Chris Wetherbee Memorial Toy Run in honor of Joe’s first wife, Christina, an organizer and participant in the event, who died of cancer the following spring.

The run begins at Eagles Hall in Buzzards Bay with roughly 200 motorcyclists bringing new unwrapped toys that will go to children staying in one of HAC’s four family shelters that includes Angel House in Hyannis, the Village at Cataumet in Bourne, and Scattered Sites in Hyannis.

They make the trek to Carriage House where they are greeted by HAC staff and families in shelter.

“It’s a great yearly event that kicks off the holiday season,” said Paula Mallard, program director at the Village at Cataumet. “The toys and money that get donated help provide Christmas for our clients and makes the holiday season a little happier for a lot of our children.”

Clarissa said the event serves as a reminder of the need that exists in the community. “It’s not their fault they are in these shelters,” she said. “It could happen to anybody… It could happen to the richest person in the world; their children or they themselves could end up in a shelter.”

That is why the toy run, which also raises funds for HAC’s housing programs, is so important. “What we do brings a lot of joy at Christmas time,” Joe said. 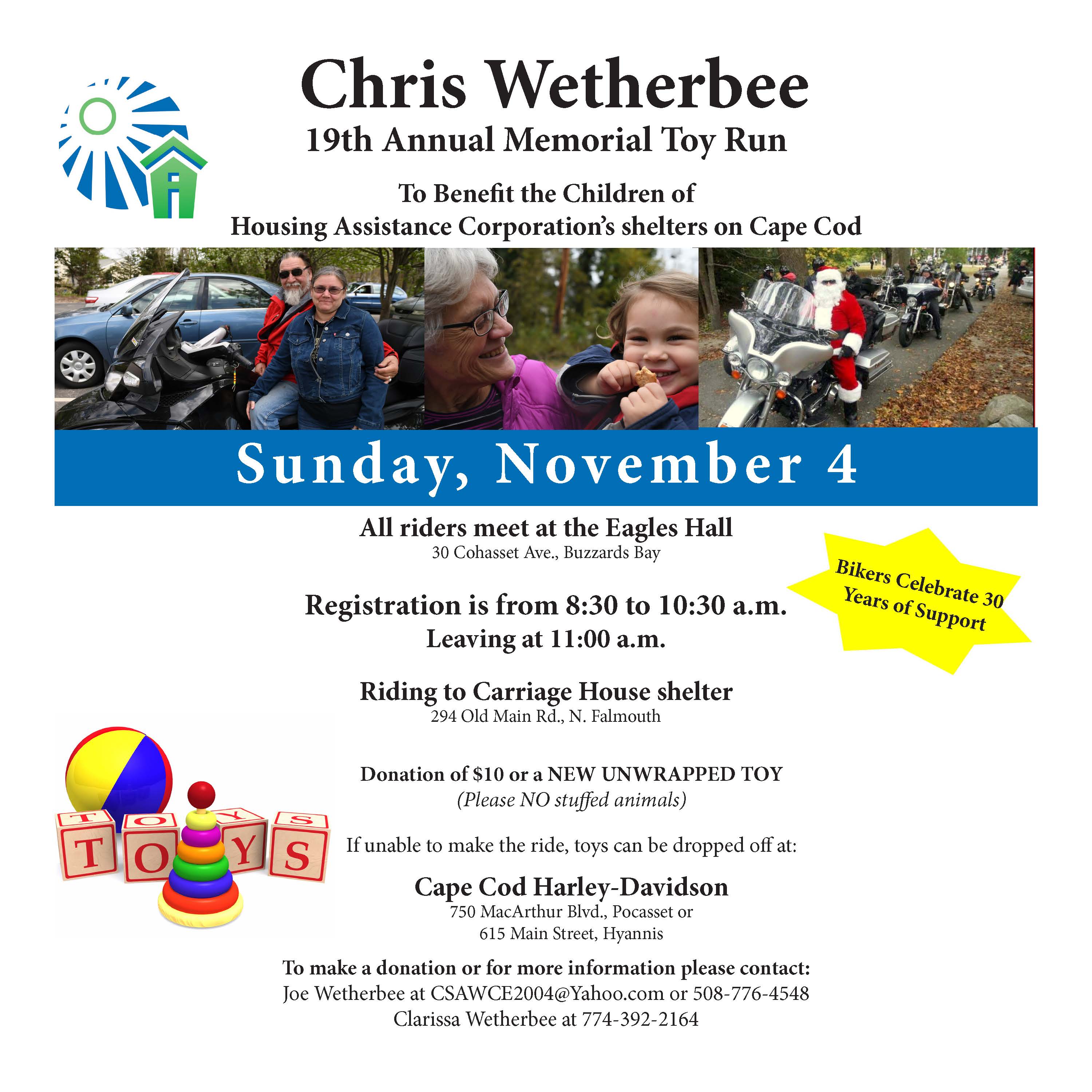