What compels people to give to complete strangers during the holidays? “So this guy doesn’t have to work so hard,” Cotuit’s David Andrade joked as Santa Claus walked by him on the first Sunday of November at HAC’s Carriage House shelter in North Falmouth.

It may have been a comment made in jest, but Andrade and over 150 motorcyclists with nothing to gain other than the satisfaction of helping others, did just that as part of the 17th Annual Chris Wetherbee Memorial Toy Run. They came from all over Cape Cod as well as the South Shore, Boston and even Rhode Island to deliver over $3,000 worth of toys that will go to children living in HAC’s shelters as well as $2,600 in monetary donations to support HAC’s housing work on Cape Cod and the islands.

The toy run has actually been taking place for the past 27 years. In 1999, it was named in honor of longtime organizer Christina Wetherbee, who died of cancer the following spring. Since then, her husband, Joe Wetherbee, and his second wife, Clarissa, have organized the run with the help of the Cape Cod Harley Owners Group (HOG).

“It’s all for the children,” Joe said, a statement echoed by several of the ride’s participants. “It is not their fault they are in shelter and a lot of times it is not the parents fault.”

HAC CEO Rick Presbrey expressed his appreciation for those who participated in the toy run as it will help HAC’s three family shelters and bring a little joy to the nearly 50 families staying there over the holidays. “It’s really the beginning of the holiday season for us,” he said. “It gets the spirit going early, and that’s a good thing.” 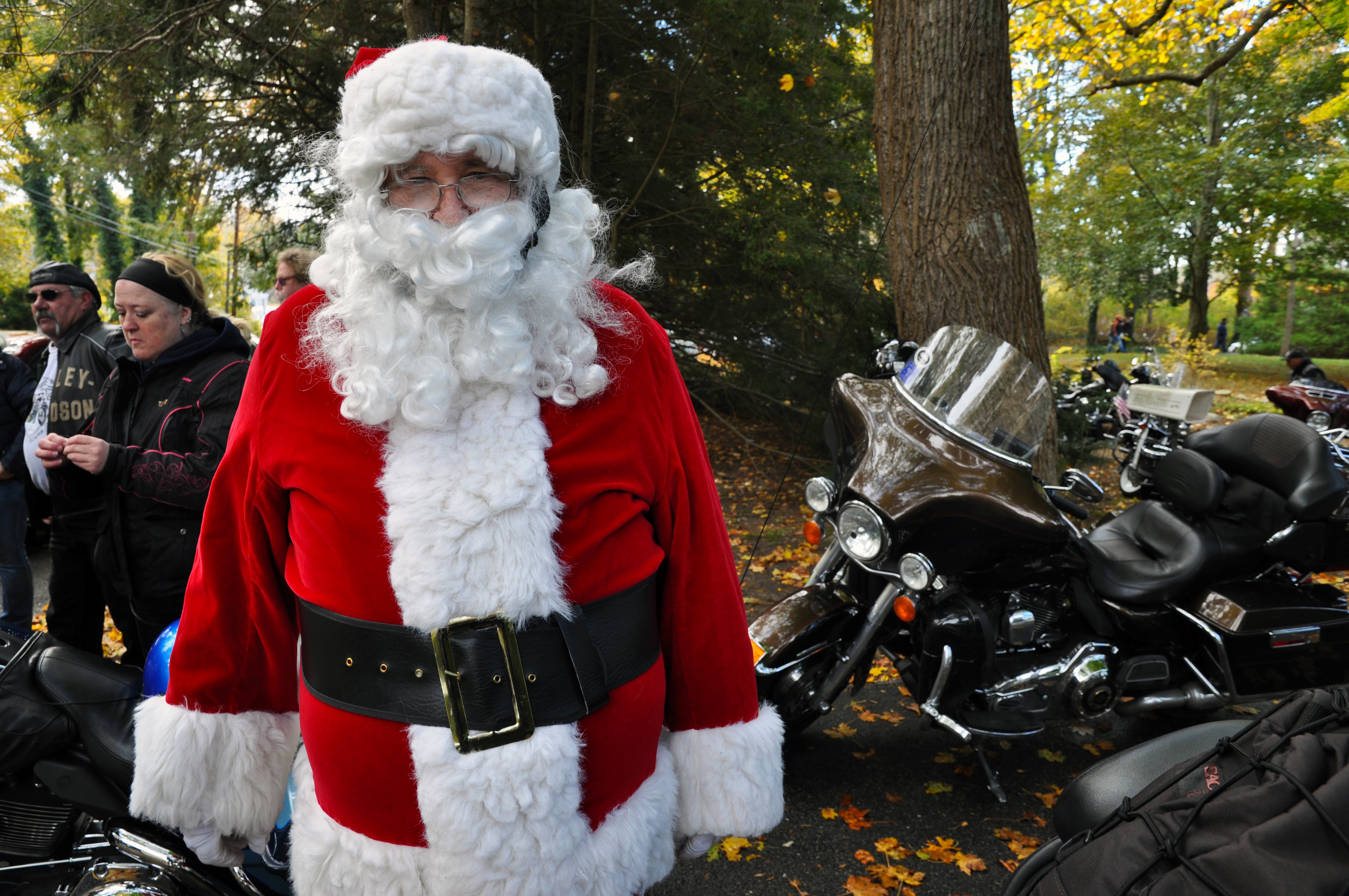