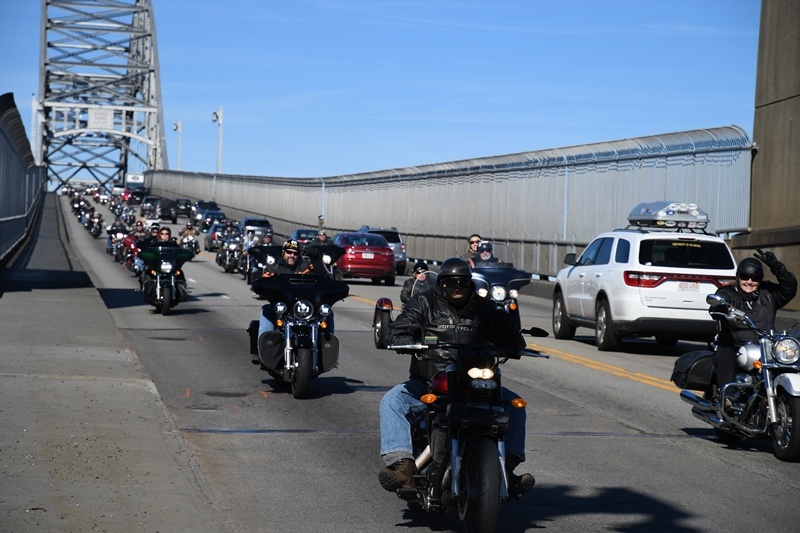 Motorcyclists make their way over the Bourne Bridge and to HAC’s Carriage House shelter in North Falmouth.

On the first Sunday of this month, a sea of roughly 225 motorcycles could be seen making their way from Buzzards Bay over the Bourne Bridge and down Falmouth’s Main Street with one destination in mind – HAC’s Carriage House shelter in North Falmouth.

With over $3,000 worth of toys, the goal of the motorcycle brigade was to spread some holiday cheer to children staying in one of HAC’s four family shelters. Now in its 30th year, the Chris Wetherbee Memorial Toy Run started as a way to give back to those who are less fortunate on Cape Cod.

In 1999, the run was named after longtime participant and organizer Christina Wetherbee who died of cancer the following spring.

Her husband Joe and his second wife Clarissa have proudly carried on the tradition. This year, they had some assistance from Joe and Christina’s daughter Tammy Baptiste and her two children Cody Litchfield and Christopher Baptiste. “It is the best way I know to honor my mother’s memory,” Tammy said outside Eagles Hall in Buzzards Bay where the run kicked off. “We look forward to this every year. She loved the children. To be able to carry on this tradition means so much to me.” 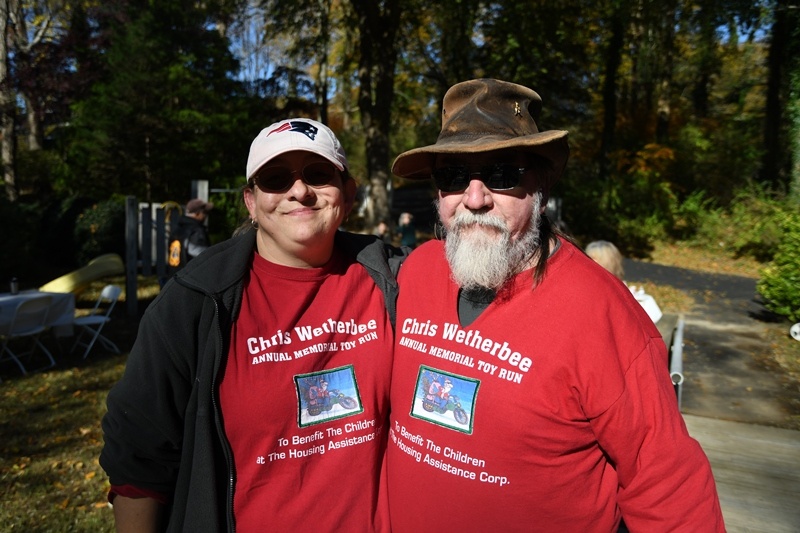 Along with the toys, this year’s participants raised $4,900 to support HAC’s housing programs, including a $2,000 donation from the Eagles Club.

“That’s what we are all about is people helping people and giving back to the community,” said Kim Genson, a trustee with the club. “We’ve got to take care of those in need.”