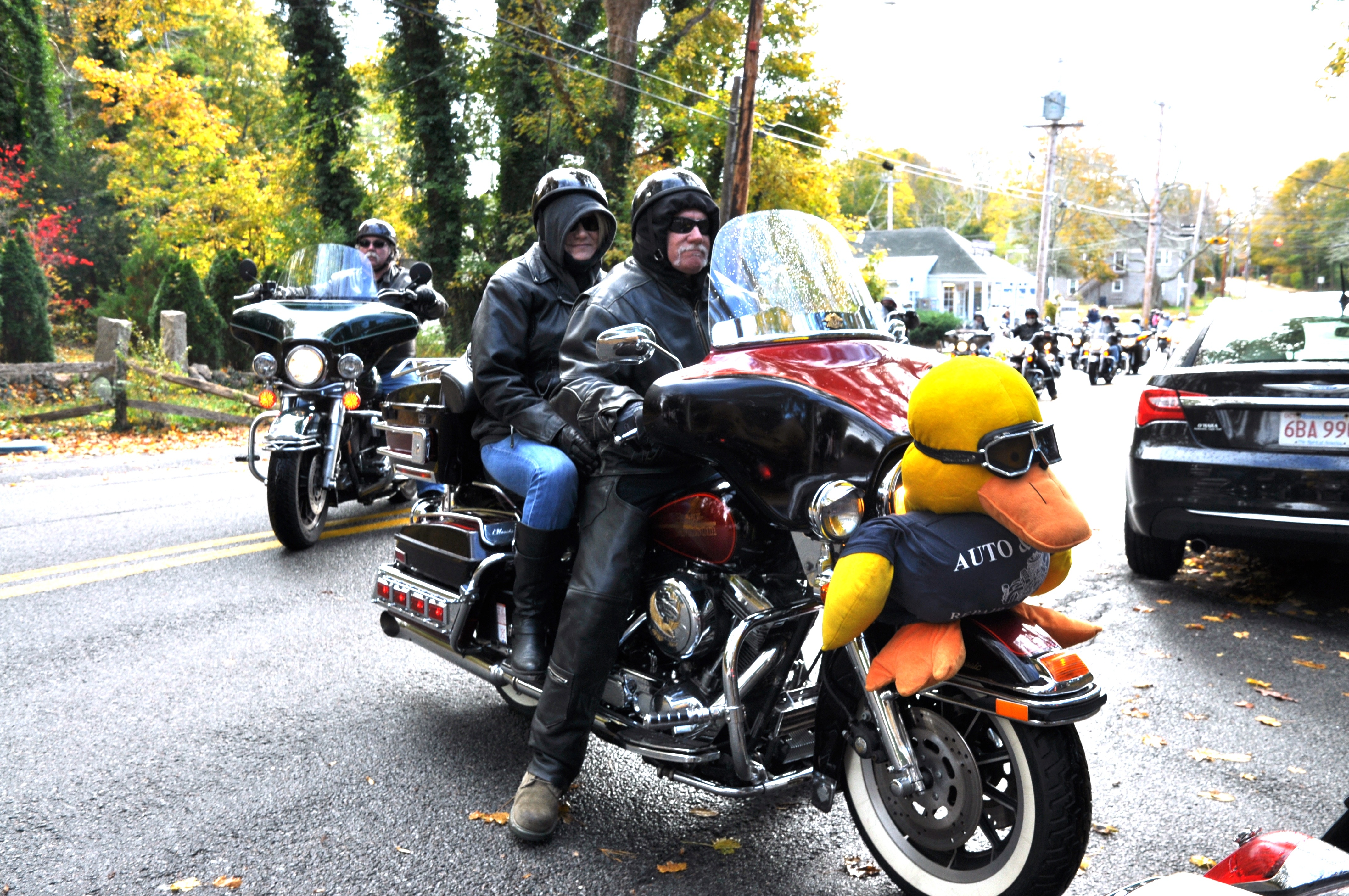 A procession of nearly 200 motorcycles driving from Buzzards Bay over the Bourne Bridge to HAC’s Carriage House shelter in North Falmouth is a sight to behold. And on the first Sunday in November, it happens like clockwork every year. Their mission is simple – spread a little holiday joy to children in HAC’s family shelters.

It’s all part of the Chris Wetherbee Memorial Toy Run which has been taking place for the past 29 years. In 1999, it was named in honor of organizer Christina Wetherbee who died of cancer the following spring.

Since that time, her husband Joe Wetherbee and his second wife Clarissa have taken over the reins, organizing the toy run with the support of the Cape Cod Harley Owners Group (HOG) of Pocasset. “The best part of the day is seeing the bikes show up and the people supporting this,” Joe said. “And then, of course, the look on the kids’ faces because we could have 200 to 250 bikes. To see that many bikes is impressive.”

One of the longest-standing toy runs in the state, the event generates interest from motorcyclists throughout Cape Cod and even off-Cape with some coming from as far away as Boston and Rhode Island. Leading the group every year is Joe Wetherbee who will do so once again next month on his Can-Am Spyder.

Last year, participants delivered over $3,000 worth of toys that went to children in all four of HAC’s family shelters – Carriage House, The Village at Cataumet, Angel House, and Scattered Sites – as well as to children of families in need that HAC serves.

Families are given the gifts for the children to open during the holiday season.

Yvonne Rivers, the facility director at Carriage House, said the gifts come at a time of year when families could use it the most. “The holidays can be tough for our clients, especially because they are in a shelter,” she said.

The toy run serves as a meaningful show of support and kindness delivered by complete strangers on motorcycles. “It’s great to see the joy and smiles on children’s faces,” Rivers said. “The kids love it.”