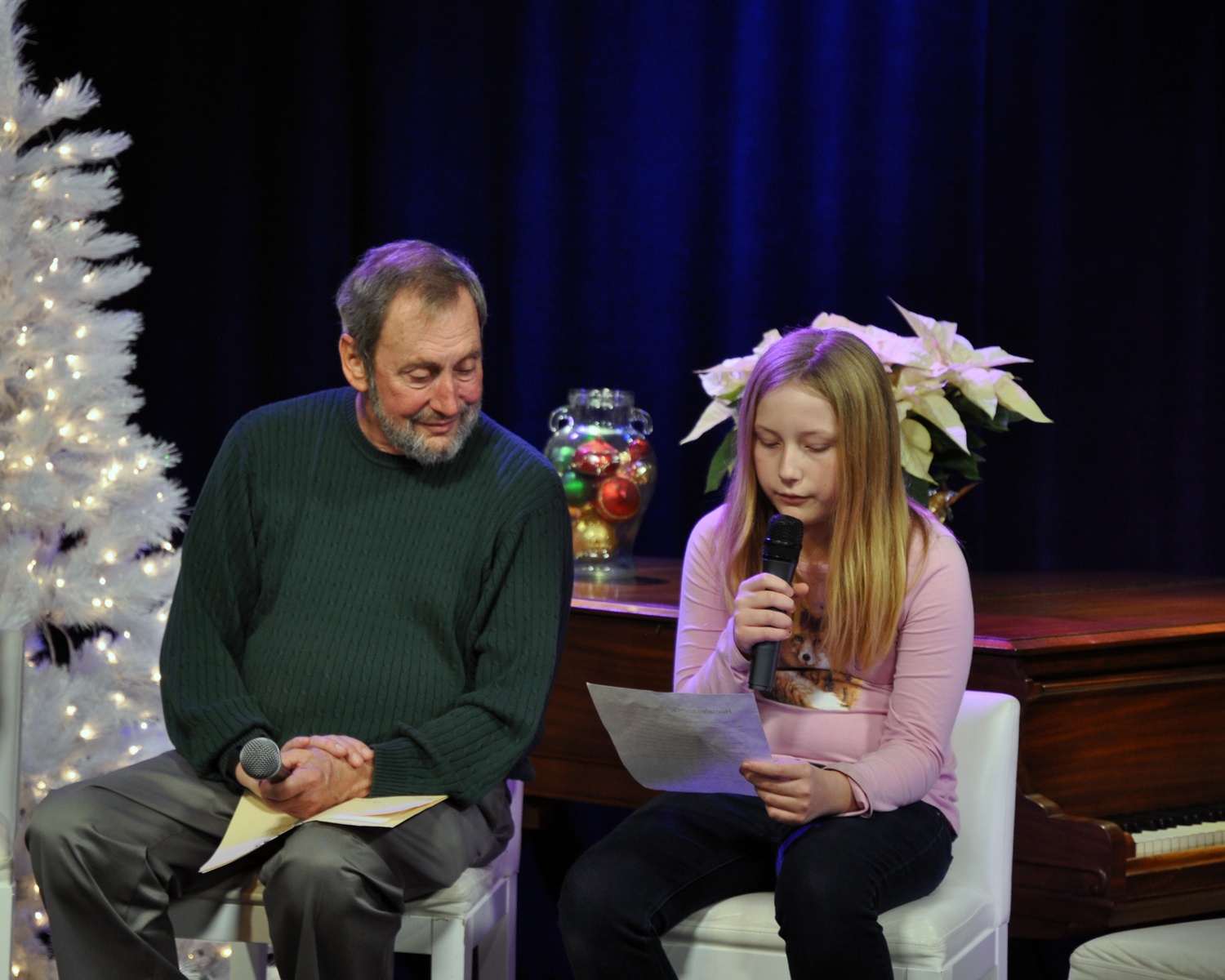 Holding a microphone in her right hand and a handwritten essay on a piece of paper in the other, Autumn Rivieccio’s words came out slowly and softly. “When I slept in my car one night with my mom and dad I really learned what homelessness was,” she started.

Perhaps no moment during last month’s Shelter Cape Cod Telethon was more poignant than that one; the moment when a 10-year-old student at the Nathaniel H. Wixon Innovation School in South Dennis, spoke about her experience of sleeping in a car and living in motels.

There were “six or seven motels” to be exact. Perhaps the worst part, Autumn said, is that “we couldn’t have friends over.”

In September, that changed when Autumn and her parents moved into a home in West Yarmouth. “I feel like an actual family because friends and family can come over,” she said, adding that, “my favorite thing is my own room that I can decorate.” Her favorite decoration is a poster with a white kitten holding onto a rope; on it are three simple words: “Hang in There.”

Now in its 13th year, the telethon not only raised awareness to the region’s housing issues, it helped put a face to those impacted by them. People like Autumn Rivieccio and Cathy Gibson, the chair of HAC’s Constituency Committee.

Gibson, a former client, praised HAC for assisting her, first through its voucher program and then its Family Self-Sufficiency (FSS) program. “The programs run by housing assistance really need to be exactly what they are intended to be: a leg up to be able to set yourself on a path that leads towards self-sufficiency,” she told co-host Matt Pitta of Cape Cod Broadcasting.

Throughout the night, both Pitta and co-host Mindy Todd of WCAI, spoke to those within the agency as well as those outside HAC about ways they are working to address the Cape’s housing issues.

The event also served as a way forward, raising nearly $80,000 for HAC in support of its mission to ensure that all on Cape Cod, Martha’s Vineyard and Nantucket have access to safe, secure housing.

Since 1974, when CEO Rick Presbrey founded the agency, it has been committed to that work. At the end of the night, Pitta took a moment to ask Presbrey about his legacy as he will be retiring in March. “The organization is going to continue. It’s helped 160,000 people and that’s going to continue,” Presbrey said. “I have tried to establish very positive values in how to treat people, how to be honest, and essentially to always be respectful to others, and I think that will stay and I feel good about that.”