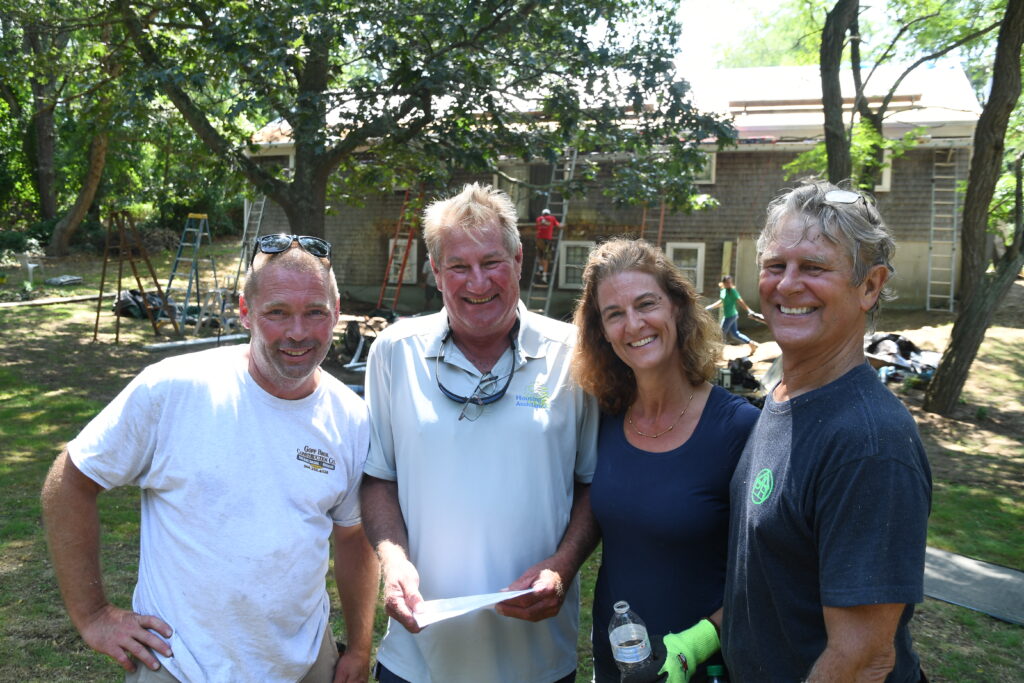 John Goff (from left), VP of Goff Brothers Construction Company, Housing Assistance Director of Housing Production and Maintenance Keith Trott, Housing Assistance CEO Alisa Magnotta, and Mark Mathison take a break from a project in which they helped repair the roof of a home in Orleans.

As more than a dozen volunteers worked diligently to replace a rotted roof that had deteriorated on a home in Orleans, Select Board Member Mark Mathison got emotional as he spoke about the volunteer effort to help a neighbor in need.

“It just shows you the power of people in the community to help each other,” he said. “And that’s what these volunteers are doing.” 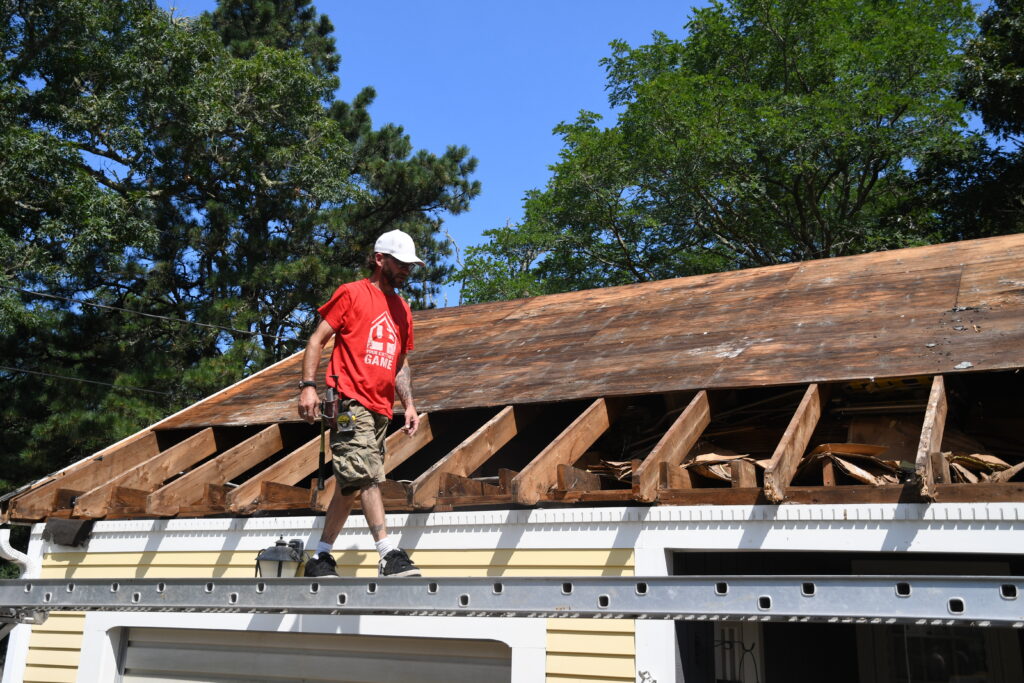 Earlier this year, Mathison and Housing Assistance CEO Alisa Magnotta worked with the homeowner to allow a skilled group of volunteers to replace her roof as part of this year’s Big Fix. Several local companies, including Goff Brothers Construction Company, Parker Homes, Moss Home Minders, and BelCape Construction, donated their time, efforts, and talents to removing a deck on the back of the home that was unsafe and fixing the roof which had several holes in it.

Having lived in the home for 45 years, Carol was in awe of the support from the community. “It is amazing. It really is,” she said.

Click here to learn about the other projects already completed as part of this year’s Big Fix. You can do your part by organizing your own Big Fix project. Organize a neighborhood, beach or park cleanup or give back to a neighbor in need by doing yard work at their home. Register by clicking the button below.