Skip to content
Home/Planting Seeds of Hope
Previous Next 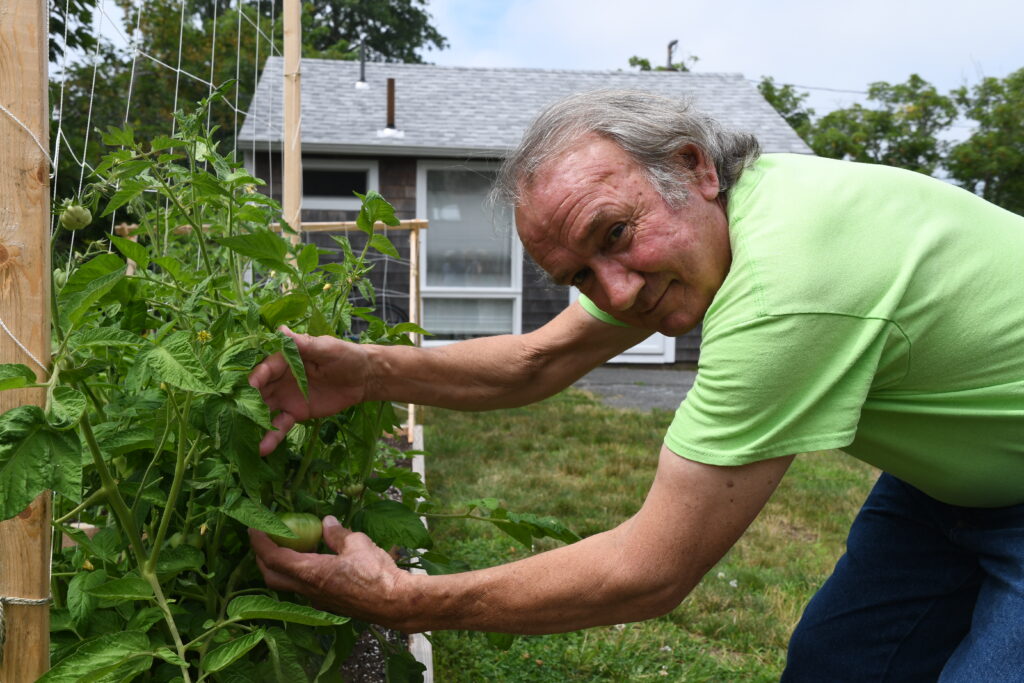 Lawrence holds one of the tomatoes he helped grow this summer. The garden has provided him with a sense of productivity.

Most mornings or evenings, you can find Andrew watering the garden behind his Hyannis house. It’s an idyllic scene that may never have happened were it not for Housing Assistance’s help.

“I was the first to move into this place,” he said, in reference to the supportive housing where he lives with four other men like himself. All were chronically homeless and the last thing on their minds was caring for a garden.

“It has changed my life,” Andrew said of the home.

Case Manager Deborah McDonnell provides support for those living in the house, connecting them to the services they need as they have reacclimated to a life where safe, stable housing is now the norm.

But Deborah does more than that. She brought in house plants. They have a sixth roommate, a betta fish named Oscar. And most recently, there’s the garden.

These little things, said Lawrence, have given him and his housemates “a reason to believe, where we have to take care of the plants, the fish and now the garden. Now we feel like productive civilians…You wake up in the morning and ask yourself, ‘What do I got to do?’”

As the Hyannis home celebrates its one-year anniversary this month, it’s the garden that has the tenants most excited. 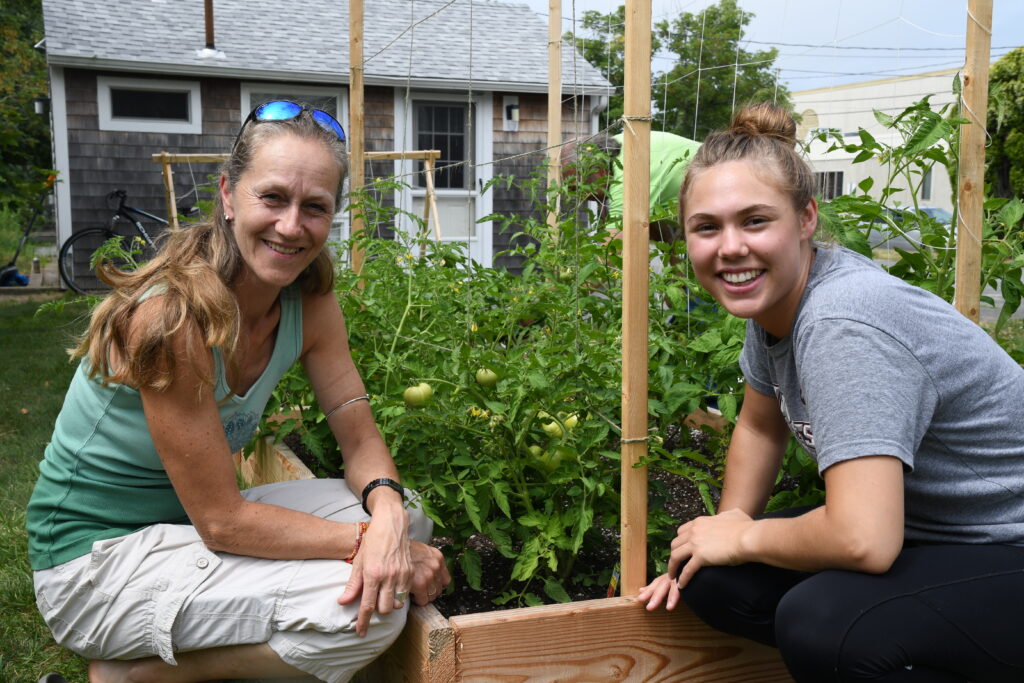 Allison Carter, a soon-to-be sophomore at UMass Amherst, came up with the idea as part of her grass roots organization, Mission Cape Cod, which seeks to make communities more sustainable and inspire change for humans and the planet. Having organized several drives for Housing Assistance in the past, the Barnstable High School grad was familiar with our agency and wanted to install a garden in a location like the Hyannis house that did not have one.

Tapping the expertise of her mother’s friend Viola Mackenthun of Barnstable, a master gardener through the Cape Cod Cooperative Extension, Allison turned that concept into a reality.
This spring, Lawrence, Andrew, and their three other roommates helped to install the garden which has since sprouted basil, peppers, tomatoes, and cucumbers. They are using those vegetables when they cook their own meals.

A year ago, none of this would have been possible. But today, it is, thanks to a little water, a little compassion, and a lot of help.

This isn’t the first time Allison has given back to Housing Assistance’s clients. As a high school student, she organized several drives for our shelter clients. Learn more about her desire to give back by clicking this link.