Skip to content
Home/Outreach: A New Role for HAC
Previous Next

Outreach: A New Role for HAC 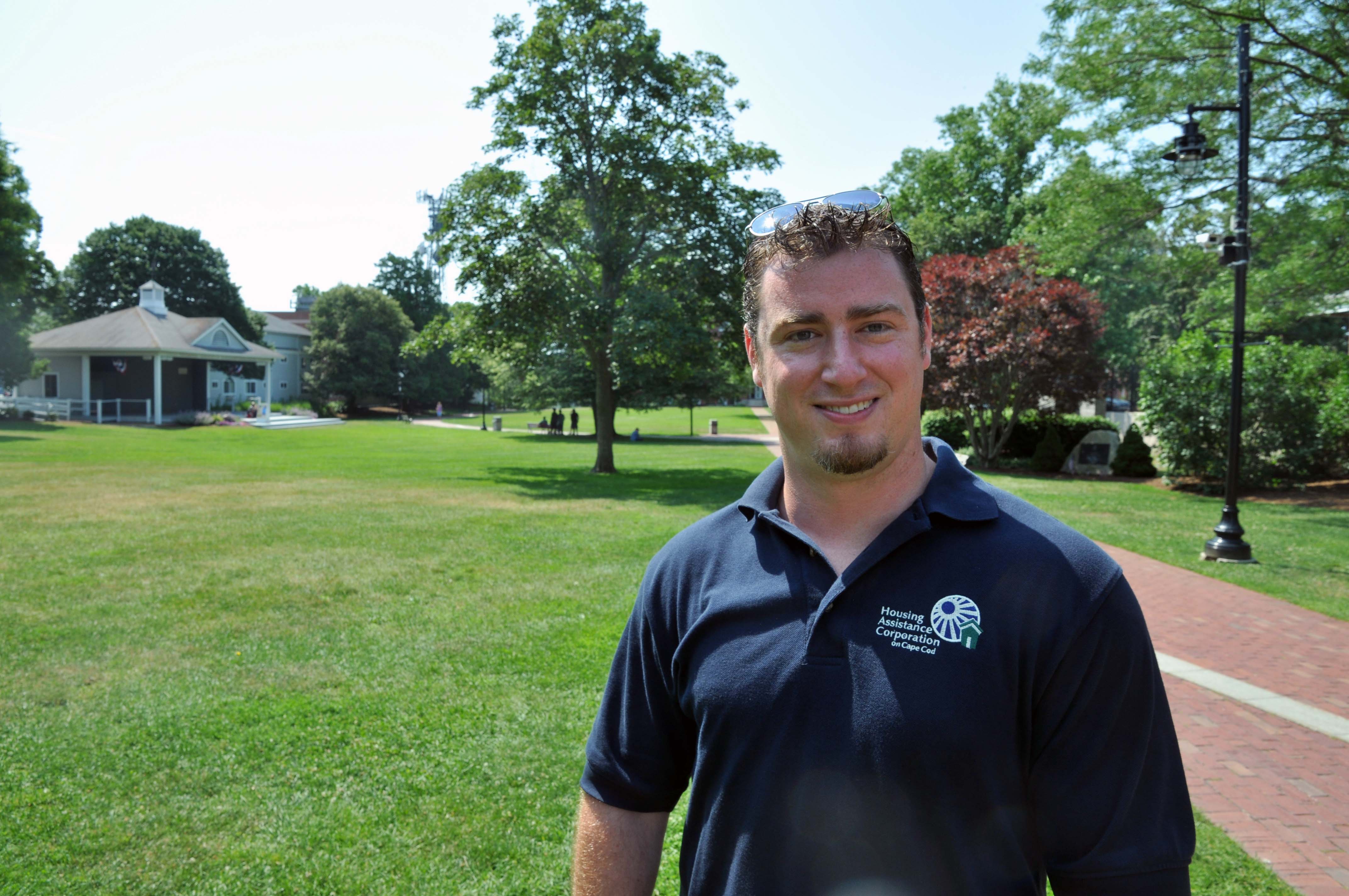 It’s the first Thursday in July. Three 20-somethings are seated on a park bench on the Hyannis Village Green. HAC’s Derick Bussiere is engaged with one, talking about mutual friends they have in Dennis, while Duffy Health Center’s outreach case manager Rick Smillie and recovery support navigator Dominique DeCola are talking to another who mentions he has an appointment at Duffy later that day. The third sits, looking only at his phone, not making any effort to interact with the trio.

This is a typical scenario for Bussiere in his new position as the outreach specialist at HAC. He began the job in June, representing a major shift from his previous one as the housing search specialist at the NOAH Shelter.

The two roles have the same end goal: help find housing for the region’s homeless. But in his new post, Bussiere is meeting these individuals on their turf in hopes of developing a level of trust where he can connect them to services they need so they can get off the streets.

Bussiere partners with agencies, like Duffy Health Center, trying to serve a population that can sometimes be difficult to reach. As Jason Sturgis, a Barnstable police officer on the force’s Community Impact Unit, puts it, those like Bussiere are an invaluable resource for Cape Cod’s homeless. “Someone like Derick or Rick helps them navigate the network of services and are a useful tool for us,” he said.

While Bussiere’s work encompasses the entire Cape and the islands, his focus is Hyannis. Every day, he visits sections of town where the homeless are known to congregate, usually meeting up with those from other organizations that include not only Duffy and the Barnstable Police Department, but Vinfen and M25, an outreach group that works with the Cape’s homeless living in the woods.

Admittedly, Bussiere said the work is difficult and it is harder to judge progress than his previous position because, “you can’t make anybody do anything.” Yes, he can offer assistance, but people do not have to accept it.

The first step in the process, he says, is building a relationship with those he is trying to help. “One of the biggest things is the trust factor,” he said. “It’s a lot of checking in with people and taking it one step at a time… When I did housing at NOAH, a lot of people who were getting housed had already passed a lot of steps. Right now, I’m working with a lot of individuals who are not there yet.”

Bussiere, Smillie and DeCola all listed a number of obstacles – unemployment, substance abuse, scarcity of drug treatment and lack of affordable housing – that can serve to impede those steps.

There is a real complexity to the situations Bussiere is confronted with on a daily basis. He references one 92-year-old World War II veteran who he was able to move into a nursing home with the help of Cape Cod Hospital, Vinfen and the Cape & Islands Veterans’ Outreach Center. It was a small victory that was quickly followed by defeat: 12 hours later that client died.

“I was talking to him one day and all of the sudden, I’m not,” Bussiere said. “The situation is over and you move on to the next person. It is a lot sometimes to deal with.”

Despite these difficulties, Bussiere and those he works with understand they play a key role in helping address homelessness in this part of the state “If we don’t do it, who will?” asked DeCola, mentioning the one thing that keeps them going: “There is always hope.”