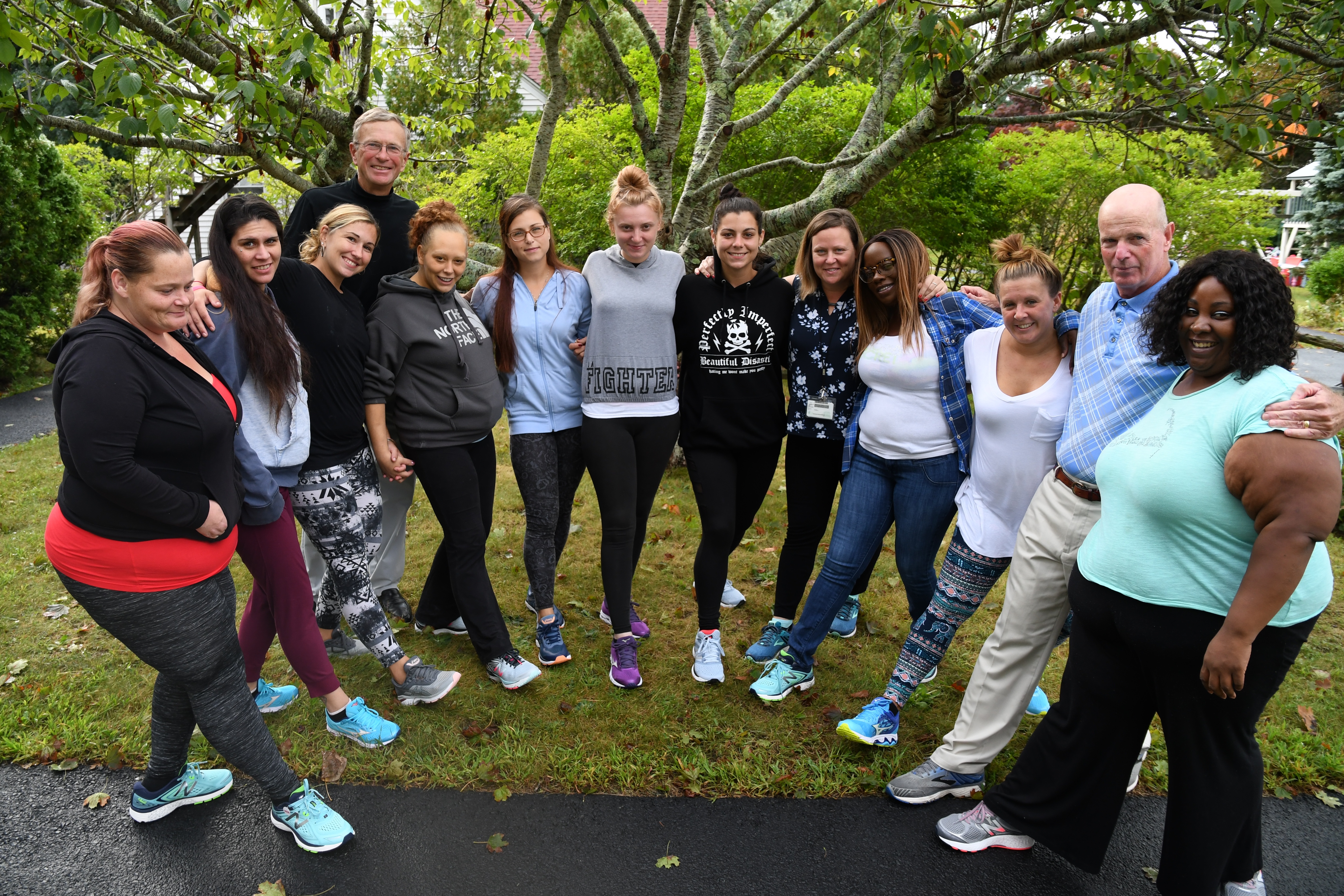 Angel House clients show off their new sneakers, donated to them by the Osterville Men’s Club.

In the late spring, several of the mothers at HAC’s Angel House shelter in Hyannis set out on a short walk.

And with that, the Angel House Running Club was formed.

It marked the first steps towards improving their health, and another step in their process of recovery and becoming the parent and person they want to be.

Today, the club meets twice a week, every Tuesday and Friday, gathering for a morning run that can be anywhere from 1.5 to 3 miles long. After the runs, one of the mothers said, “I feel energized and motivated.” 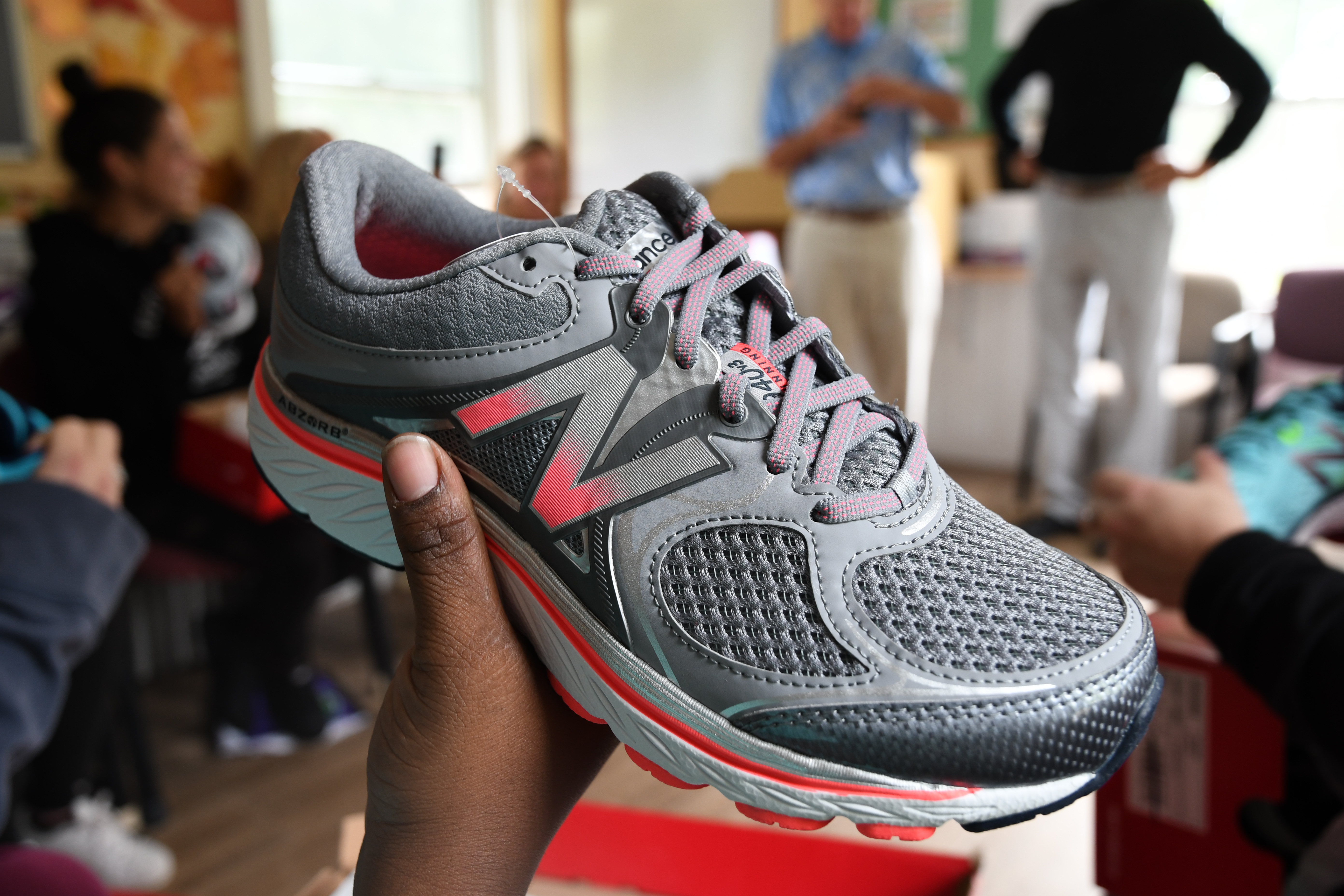 Recently, the group received a boost from the Osterville Men’s Club which donated 13 new pairs of sneakers to the mothers at the shelter. The women were fitted for the sneakers by Kevin Petrovek, owner of Hanlon Shoes in Hyannis, which provided the shoes at cost.

“I know these ladies need mental and physical help so it was a win-win situation for us,” said Petrovek. “If you get into that mode when you regularly exercise, you start feeling good… That’s what we’re all about here.”

The sneaker donation is just the latest example of the Osterville Men’s Club giving back to the HAC shelter which assists mothers in recovery and their children. “They have 200 people cheering them on,” said Paul Ruane of his fellow Osterville club members and their ongoing support of the shelter’s clients.