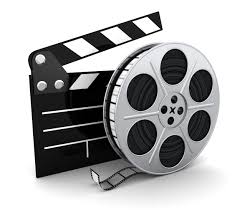 Movies have the ability to make people think about themselves and the world they live in. And at the NOAH Shelter, director Greg Bar is using them as an avenue to stimulate dialogue among the homeless men and women staying there.

It started at the end of April with a Friday afternoon screening of “The Lady in the Van”, a British film that tells the real life story of playwright Alan Bennett (Alex Jennings) and a homeless woman, Mary Shepherd (Maggie Smith), who ends up living in a van parked in his London driveway for 15 years. In February, Cape Cinema held a special screening of the independent film as part of a benefit for HAC featuring a panel discussion that included Bar.

After participating in that event, Bar wanted to show the film to those at NOAH to get their thoughts. When Marvin Domino, a NOAH direct care staff member, asked what the most positive aspect of the film was, Doug, a 52-year-old guest at the shelter, responded, “that there is forgiveness and that there is understanding. And we don’t have to put blame on ourselves and we don’t have to be so hard on ourselves.”

For nearly 45 minutes, guests talked about the movie, what they liked about it and whether it would change people’s perceptions of the homeless.

Based on the feedback, Bar has continued the movie discussion group, screening films focused on overcoming adversity like “Conviction”, “Good Will Hunting” and Crash.” “The first one went so well, I decided let’s keep going,” Bar said. “I like the idea of discussion times for anything… It is good to talk.”