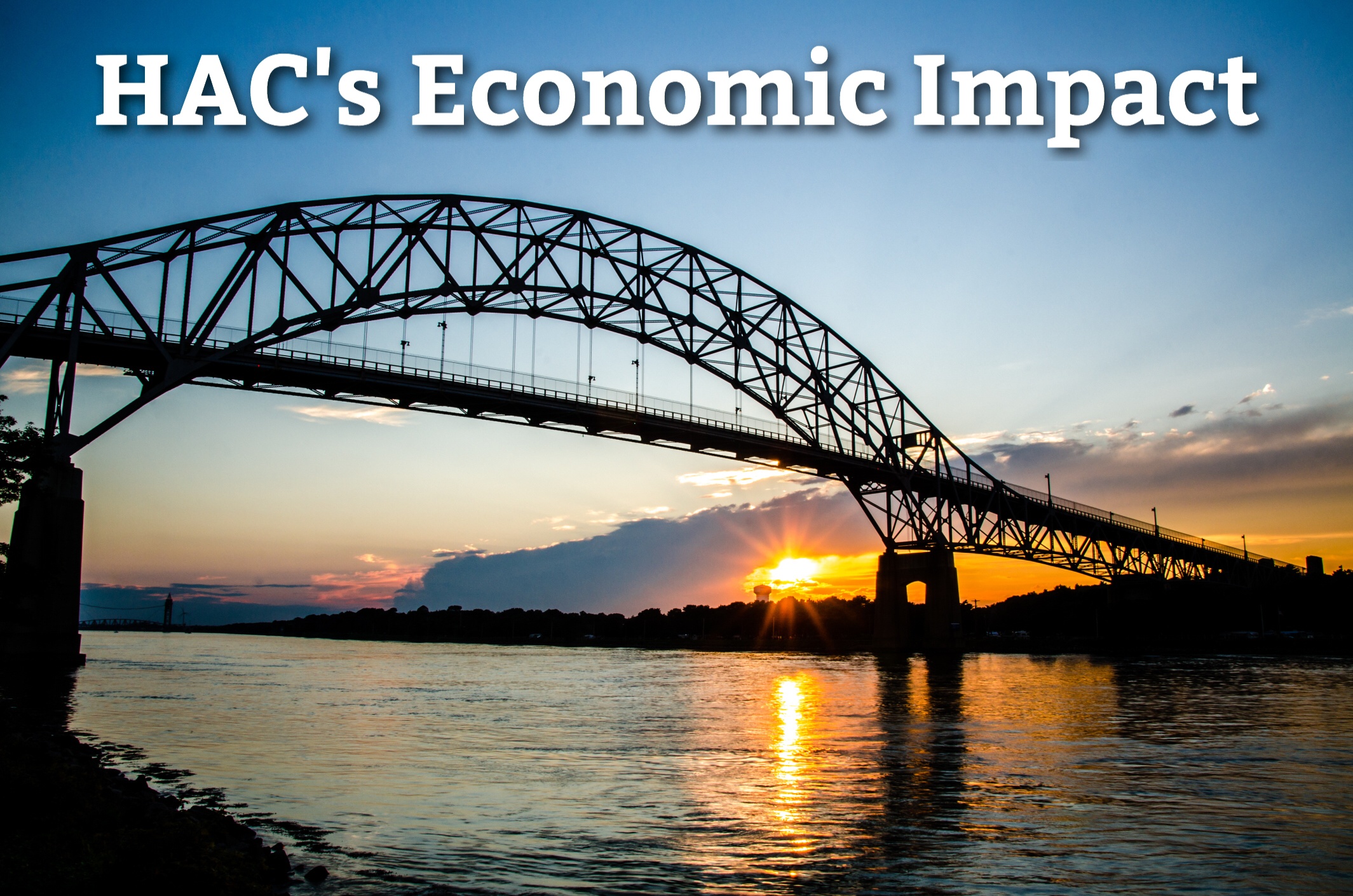 On the surface, there is an economic value to the work HAC does. But how specifically is that value measured?

HAC intern James Boyd provided those key details this summer, working with staff to update the agency’s Economic Impact Study which was first prepared in 2003. The paper looks at the impact that both HAC’s housing programs and the organization, as an employer, have on the Cape Cod economy.

James, the 2015 class valedictorian at Mashpee High School, is now a sophomore at Vassar College in Poughkeepsie, New York.

From a programmatic perspective, the study stresses that not only is HAC’s work socially and morally important, “but as a growing body of economic research and analysis confirms, it is an economic necessity in a services driven economy.” That work ranges from developing affordable housing to providing shelter to the homeless to helping clients achieve homeownership through education, counseling and financial support.

The economic boost this funding provides to the region can be seen in the $9.7 million in rental subsidies HAC managed in 2015. Those funds had a direct, tangible impact on Cape Cod, keeping 1,019 low- and moderate-income residents – these included workers, seniors and disabled people – safely housed. But it added another value as 77% of those funds ($7.47 million) went to Cape property owners who serve as landlords for rental units that provide affordable housing on Cape Cod.

Another HAC program that provides an economic boost to the region is the Down Payment and Closing Cost Program, which HAC administers through Barnstable County using HUD funds. Last year, the program provided 10 families with $81,668 in down payment and closing cost assistance, helping them purchase homes in Barnstable County. Those funds had an additional economic benefit, going to support local real estate agents, attorneys and lenders who helped those families in the home buying process.

Impact as an Employer
HAC’s economic impact on the region goes well beyond the services it provides to clients. As one of the largest human service agencies on Cape Cod, the impact can also be seen in its role as an employer. With a payroll of $6.3 million, HAC employed 136 people in 2015. Of that number, 128 live on Cape Cod. The study estimates that HAC employees spent $3.6 million of their income on non-housing related expenses, keeping a large portion of that money in the local community.

“The salaries and wages HAC paid to its employees are important parts of HAC’s regional economic impact,” the study states. “These earnings enable employees to support themselves and their families and generate economic benefits for their communities and the businesses they use.”

The report anticipates that HAC’s impact on the region will only continue to grow in conjunction with the need for quality affordable housing to sustain Cape Cod’s economy. This will serve to strengthen not only the agency, but the region as well. “A greater HAC contribution to the region’s economy inevitably means greater interdependence,” it reads. “More than ever, partnerships between HAC and municipal, state, and federal government agencies, as well as between HAC and the Cape Cod businesses with which it operates, will be a prerequisite for growth.”