Skip to content
Home/Melpet Farm: A Unique History
Previous Next 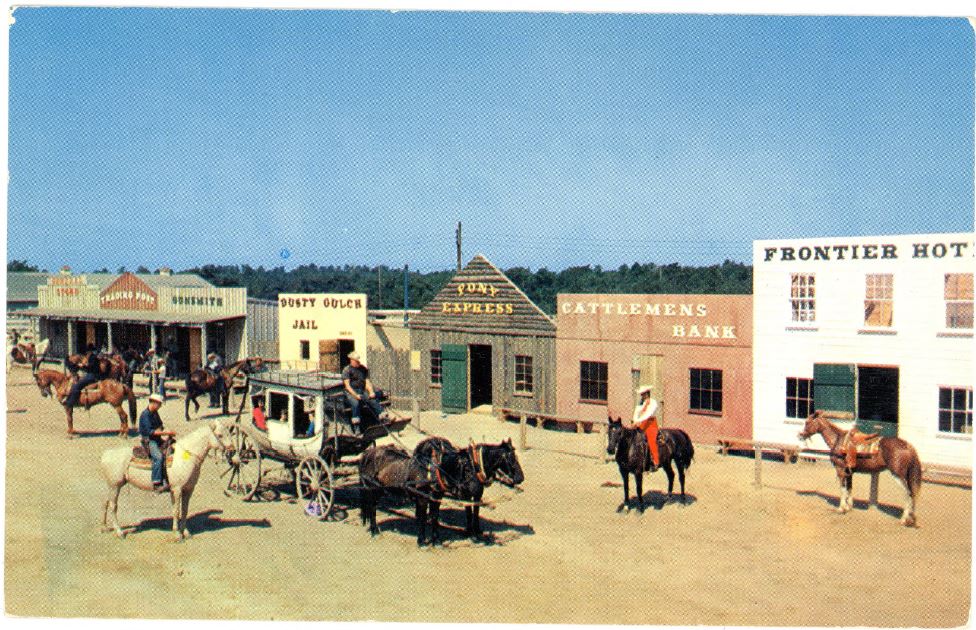 Last month HAC celebrated the near-completion of The Residences at Melpet Farm with a ribbon cutting ceremony. When finished, the development will consist of 27 affordable apartments on Route 134 in Dennis, providing a safe, secure home for Cape Codders.

Long before affordable housing was ever considered for the property, the site once served as a Wild West theme park known as Frontier Valley. The brainchild of John Doherty and Chris Joyce, the park was built in 1957 and featured a dirt road flanked by a row of Western-style buildings that included a Pony Express, a trading post, bank and a jail (for outlaws, of course).

Families were entertained by wagon rides, riding demonstrations and mock-shoot outs between the “good guys” and the “bad guys.”

Among the more popular cowboys to wow Frontier Valley audiences was TV’s Rex Trailer, star of the children’s show “Boomtown”, who visited the park often.

Frontier Valley had a relatively short life, lasting less than a decade before being replaced by a stable where horses were boarded.