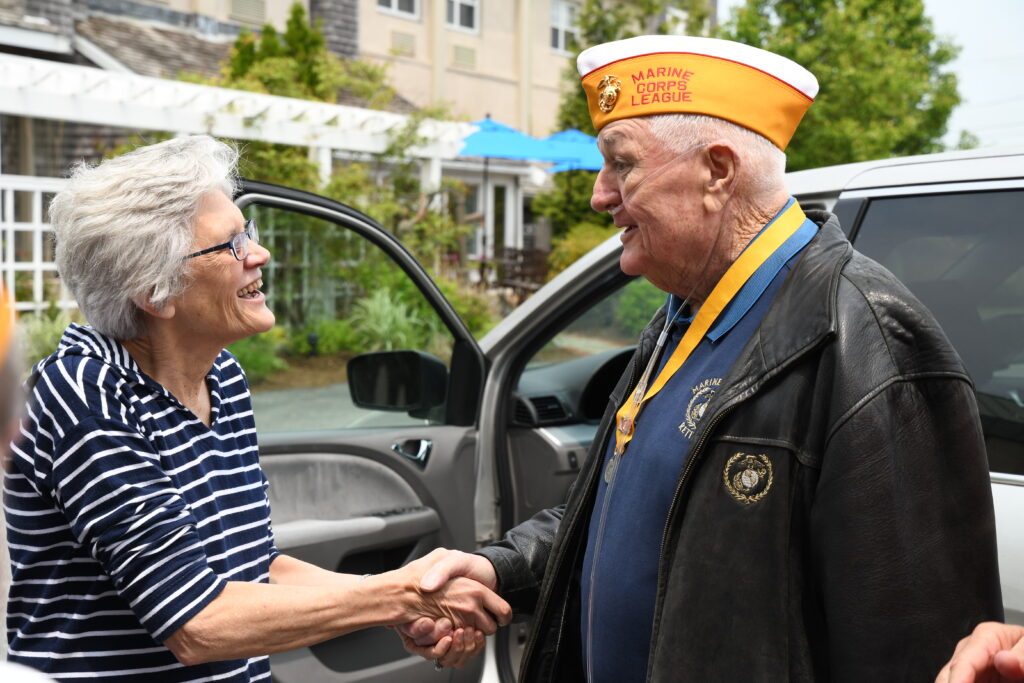 The back of Lin Rohr’s Housing Assistance van was filled with a variety of home goods that included candies, diapers, baby wipes, laundry detergent, towels, and pillows and bed sheets.
It was courtesy of the Department of Massachusetts Marine Corps League which provided the donation to our Angel House shelter as part of its 83rd annual convention held in Hyannis at the beginning of June. The group also covered the cost for a pizza party for the 13 mothers and their children staying at the shelter.

“This is fantastic,” said Rohr, who has served as the shelter’s director since 2015. “It’s so important for our families to be remembered…The women at Angel House often think they are invisible. What this says is that someone sees me.” 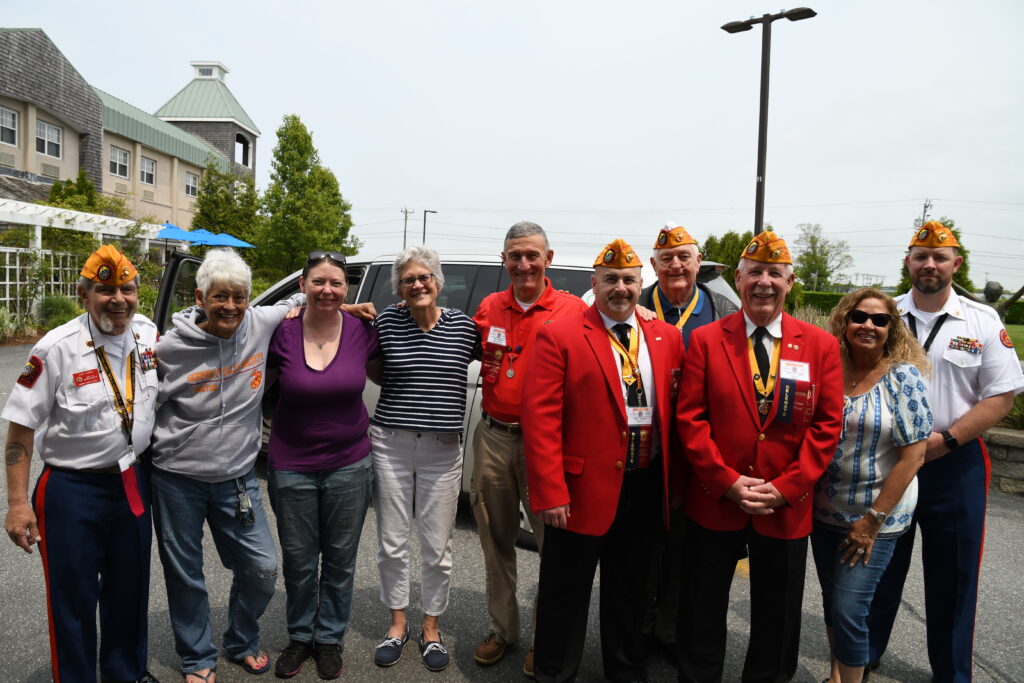 Angel House Office Manager Lisa Robertson (third from left) and Facility Director Lin Rohr (fourth from left) with members of the Massachusetts Marine Corps League who organized their most recent drive for women at the shelter.

This marks the second time in three years that the Marine Corps League has supported the shelter and its clients; the effort was coordinated by Cheryl Griffin of Holliston. While Retired Major General Mike Regner said those in the league are no longer actively serving, they have a commitment “to give back to communities across America…We are now looking for opportunities to serve our nation in new ways and in a new uniform.”