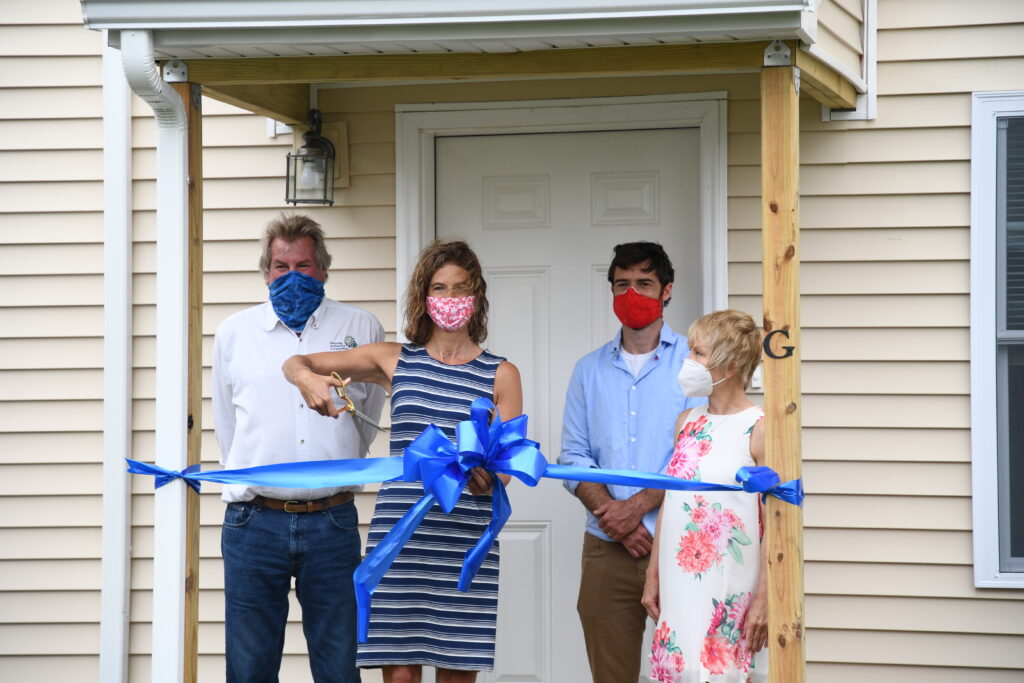 For roughly two decades, a .7-acre lot on Ridgewood Avenue sat vacant in Hyannis. A concrete foundation littered with trash and overgrown with weeds represented what Director of Housing Development David Quinn called an eyesore.

In late 2017, Housing Assistance purchased the parcel with the goal of transforming it into a development that would meet the region’s need for more rentals.

At the end of last month, a small ribbon cutting was held to celebrate the completion of that project, the Lofts at 57, which marked a series of firsts for our agency.

After constructing over 550 units of affordable housing since our inception, this was our first-ever mixed-income development with six market rate apartments and two affordable ones. It was also constructed modularly, a new approach to development for Housing Assistance.

During the last full week of June, town officials, community leaders, and Housing Assistance staff and board members toured the property to get a glimpse of the finished product. 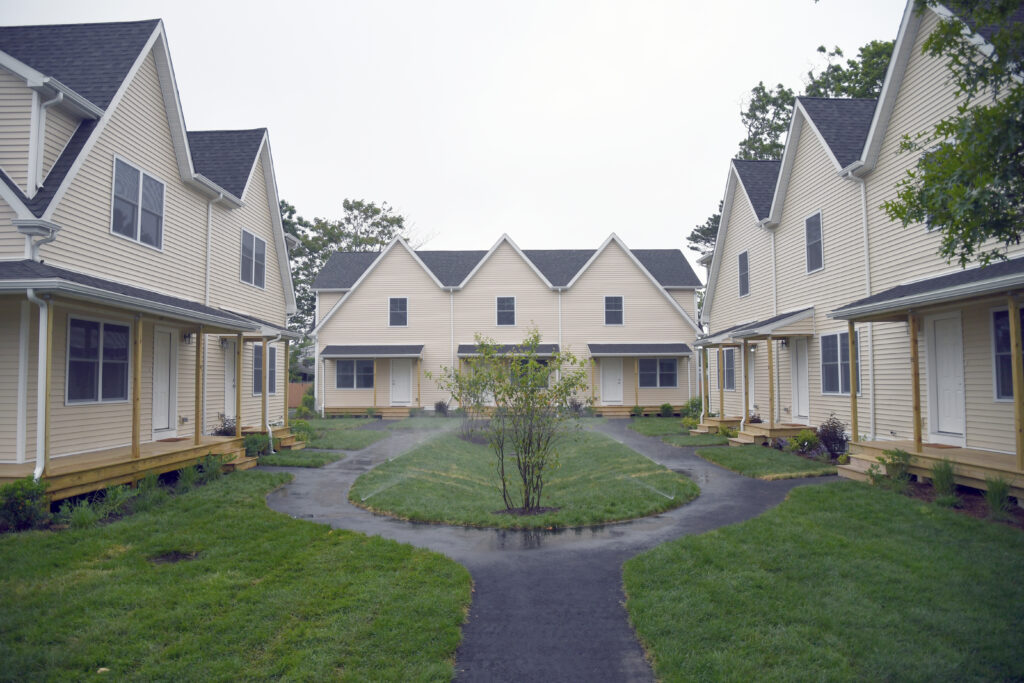 A view of the Lofts of 57 from Ridgewood Avenue in Hyannis.

“It is an impressive display of teamwork and multiple sources of funding coming together for community housing,” CEO Alisa Magnotta said. To make the project a reality, the Town of Barnstable committed $550,000 in funding through Community Preservation Act (CPA) funds as well as its Affordable Housing Growth Development Trust Fund.

“We definitely have a need for rental housing,” Barnstable Housing Coordinator Arden Cadrin said in explaining her town’s support of the Lofts at 57. “This helps meet that need. Housing Assistance was able to take a relatively small lot and build eight beautiful new apartments. It’s quite an achievement and I think it looks amazing.”

Magnotta piggybacked on those comments, highlighting the fact that housing density is appropriate in the right locations on the Cape. “When we have long been trying to fight zoning battles, this is a good testament to the housing possibilities in our region and what you can do on a 3/4-acre lot,” she said.

On this parcel, the result is that eight new tenants now have a place to call home in a central location. The majority are young professionals and include a videographer, airline pilot, and those in the hospitality industry.

“We’re excited to see this complete. Now we have this beautiful little community which is great,” David Quinn said. “It feels like it’s its own little neighborhood.”