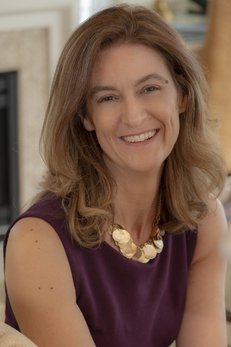 For 45 years we have focused on serving the neediest amongst us. But we’re broadening the scope of our work because today we see stably employed workers with higher incomes being evicted because their rental is sold and becomes seasonal. In just 5 short years, Barnstable County lost 3,000 year-round homes and gained 5,000 seasonal homes.

The heart of our housing crisis lies in our outdated zoning, which has inadvertently made it easier for summer people to obtain housing than year-rounders.

Right now, it’s easier to build a McMansion than a multi-family.

It’s easier to build an addition and rent seasonally than add an in-law apartment for a hard-working year-rounder.

This is a major threat to the leading employers in our region as well as the viability of our community. Unlike other areas of the state, we have geographic limitations. Once our workforce moves over the bridge, they won’t commute to Chatham in summer traffic for the same type of job that’s available closer to home.

As we highlighted in our report, Housing on Cape Cod, The High Cost of Doing Nothing, losing our workforce translates to higher prices for goods, decreased access to essential services, and increased traffic from a commuting workforce.

The Housing Choice bill levels the playing field for year-round Cape Codders. There is much more needed to make a dent in our housing crisis and I trust this will be the first of many bills passed. But we can’t let perfection be the enemy of the good and we simply can’t afford to wait:

The consequences of the housing crisis are becoming more pronounced. In March, the Cape Cod Times asked “Where are the children?”, as fewer families are able to afford housing, causing school enrollment to decline. Then in April, we learned that a year-round business is now having to buy housing for its employees. These are troubling trends.

Meanwhile, we’re running out of land. Less than 20% of the Cape is buildable and much of that is in flood zones. Right now, 82% of our housing stock are single family homes. We don’t need more single-family homes on lots the size of a football field. Dividing up the remainder of our land into one-acre zoning artificially drives up prices out of reach of Cape Codders.

We can’t build our way out of this problem under existing zoning, nor should we. We cherish our environment. The two biggest challenges to our region are housing and lack of wastewater infrastructure. Both can be improved by passage of the Housing Choice bill.

We need tools to provide housing and preserve open space and our environment. Density in village centers will offer the right size and type of housing while concurrently creating the economies of scale towns need to build wastewater infrastructure. Those options can become a reality with the swift passage of the Housing Choice Bill.