Skip to content
Home/Help Us Meet $80,000 Fundraising Goal for Walk for Hope
Previous Next

Help Us Meet $80,000 Fundraising Goal for Walk for Hope 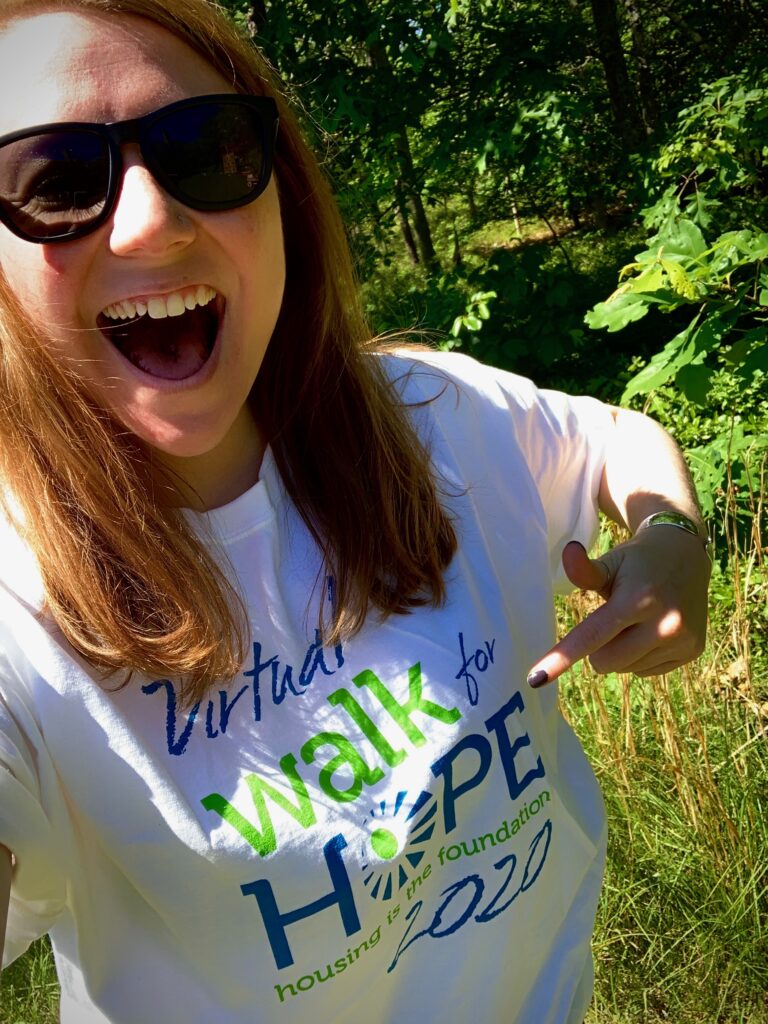 Not knowing what to expect, Housing Assistance held its first-ever virtual event, our 2nd Annual Walk for Hope, last year at the end of June.

“We aggressively want to double that amount this year,” Chief Development Officer Anne Van Vleck told over two dozen people attending our Walk for Hope Kick-Off that was held over Zoom at the end of last month. “We want to raise $80,000 this year.”

During the kick-off, Van Vleck said, those funds will go to help “people who are really struggling right now so they can get the help that they need.”

This year’s Walk for Hope will take place on Saturday, June 26, though fundraisers are encouraged to walk in the weeks and days leading up to the event. To help raise awareness to the need for safe, stable housing and funds to address that need, participants should post photos and videos of why they’re walking on social media. People can tag us on Facebook, Instagram and Twitter (@haconcapecod).

Several businesses, including The Cooperative Bank of Cape Cod and Cape Save, as well as faith-based groups, including the Falmouth Jewish Congregation and St. Peter’s Episcopal Church of Osterville, have signed on to participate in this year’s walk.

“I think we all know housing is a huge issue on the Cape,” said Christina Bologna, the Coop’s Community Relations Officer. “For us as corporate sponsors and funder, it’s really important when we donate charitable giving dollars that it is making the biggest impact possible in the community and it is going to be well-utilized.”

Registration will open up on Saturday, May 1! If you’re interested in learning more, click here. You can also contact Event Coordinator Deanna Bussiere at dbussiere@haconcapecod.org or at 508-771-5400, ext. 270 if you want to participate as an individual or with a team or you want to sponsor this year’s Walk for Hope.