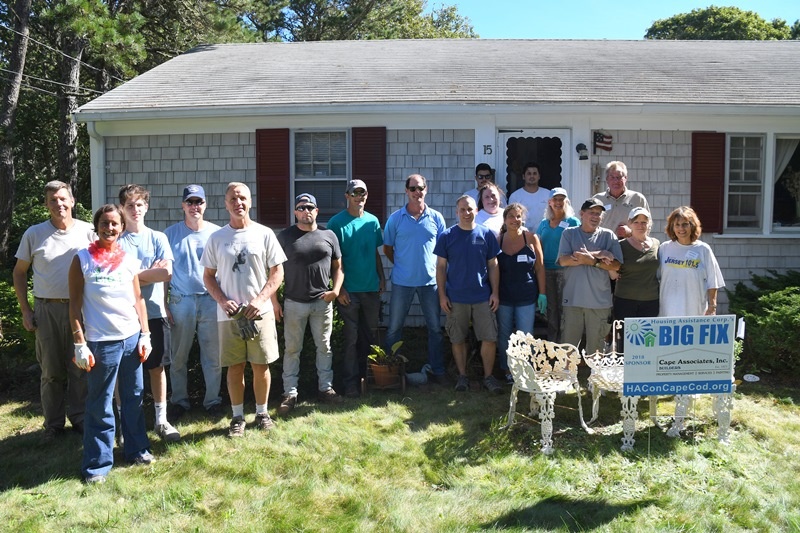 Barbara and Chris Mack join volunteers, which include staff from Cape Associates, who donated their time fixing up the Harwich couple’s home.

Outside Chris and Barbara Mack’s Harwich house, volunteers were busy painting the trim, landscaping the yard, and fixing gutters. Inside, a skilled crew from Cape Associates was installing a new bay window.

As the scene unfolded in front of them, Barbara acknowledged how much this work meant to her. “It is just so overwhelming,” she said. “It makes my heart so happy.”

Individually, the projects done at the Mack’s house, which they have owned since 1998, may have been relatively minor. But combined, they made a huge impact on the couple who repeatedly expressed their gratitude for the kindness of complete strangers.

This is the magic of the Big Fix which started in 2010 in Barnstable as a way to support seniors, veterans and disabled homeowners in one town on Cape Cod. Through the one-day event, volunteers help raise funds for HAC’s programs while conducting the types of small home repairs that can be financially or physically difficult for homeowners like the Macks to do themselves. 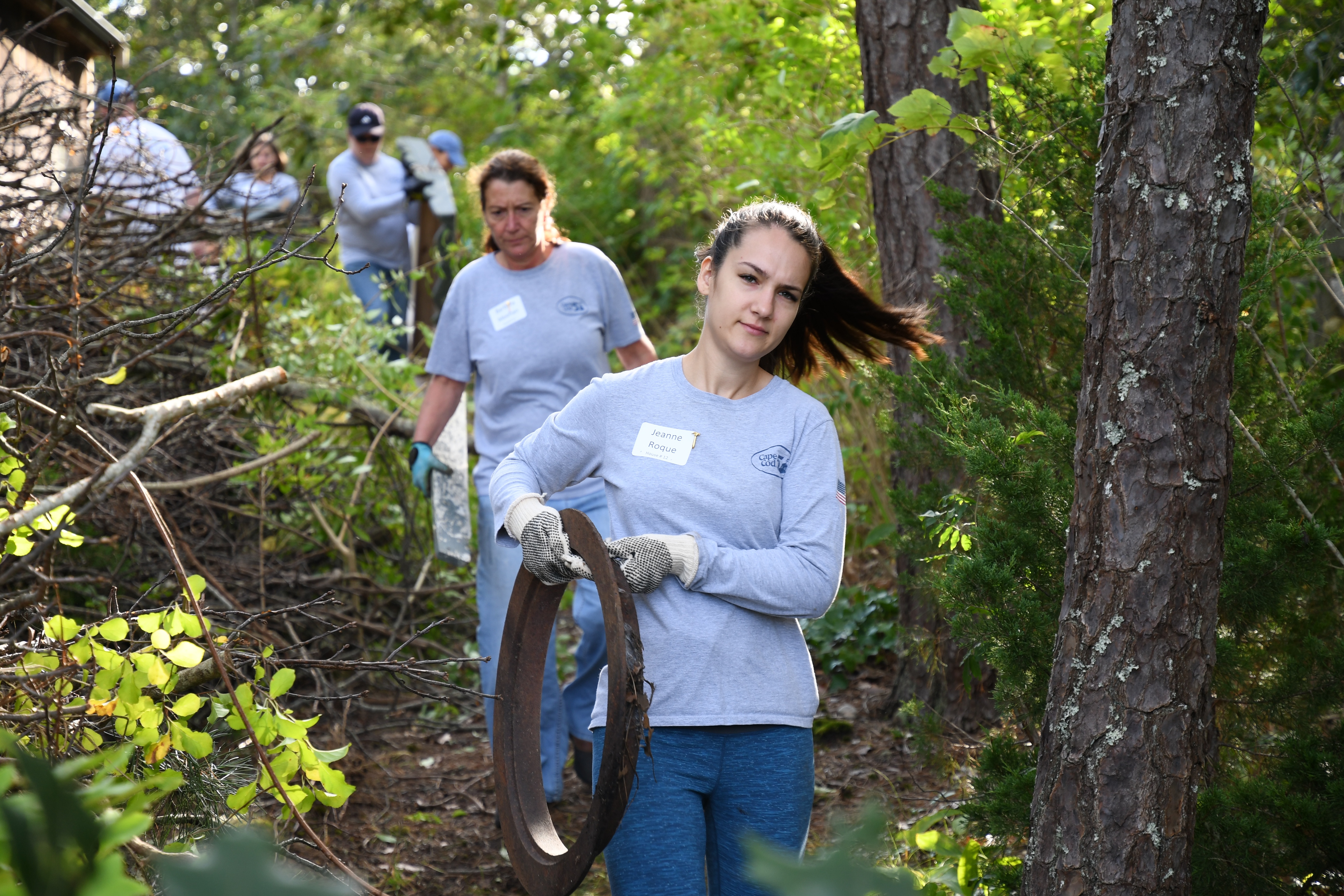 “When you go to the site take a mental note of what it looks like before and what it looks like after,” HAC CEO Alisa Magnotta Galazzi said during the kick-off ceremony at Monomoy Regional High School. “You’re going to see how the power of a community coming together, like-minded people coming together, can transform a life and transform a house.”

This year, roughly 340 volunteers donated a few hours of their time to help 18 homeowners in Harwich at the end of September.

They included people like Ralph Perry, a US Army veteran, who has lived in his home for 32 years. He had nearly two dozen volunteers clearing brush, trimming trees, removing an old swing set, and hauling trash at his house.

“It means a lot. It means an awful lot,” he said. “I can’t believe how many people have come to help.”