Skip to content
Home/HAC Addresses Homelessness in Falmouth
Previous Next 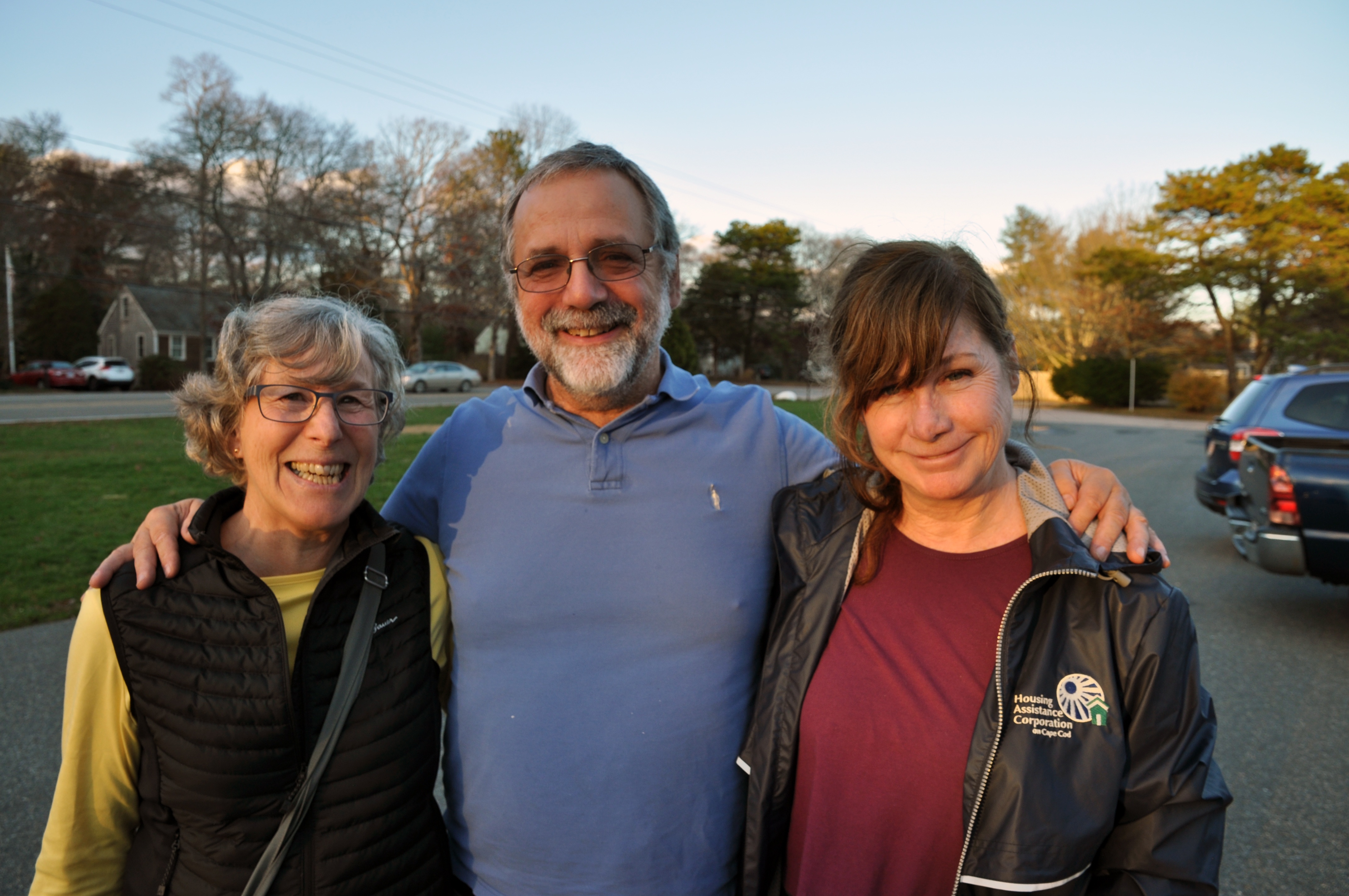 Ellie Shaver (from left), Alan Burt and HAC’s Deborah McDonnell are working to assist Falmouth’s homeless this winter to get the services they need to turn their lives around.

What’s it like to be homeless? “Hell, literally,” said 39-year-old Brian (his name has been changed to protect his identity) on the first day of December as he stood outside a Falmouth motel that will serve as his temporary home over the winter.

For nearly two months, Brian had lived in a tent in the woods in Falmouth. “I wish I could take you there. It is flooded,” he said, before pausing to assess his current situation. “This is great. You sent me angels.”

Brian is one of 13 men and women who will benefit from a joint program between HAC and Belonging to Each Other to assist Falmouth’s homeless, from December to the end of March. An East Falmouth home is being rented to house four of them while the remainder of the men and women will stay at two motels in town.

This fall, HAC received a $9,000 grant from Falmouth Human Services to provide case management for the individuals. HAC’s Deborah McDonnell will serve in that capacity.

The program is being managed by Alan Burt, a longtime homeless advocate and co-founder of Homeless Not Hopeless in Hyannis. Last year, Burt worked with HAC and members of several faith-based groups which formed Belonging to Each Other in an effort to find a way to address homelessness in that Upper Cape community. The results were promising: out of 27 homeless individuals, they were able to place 20 of them into housing.

Addressing the Gap in Services

“Initially this started because you can’t let people die from the cold in the winter,” said Falmouth’s Ellie Shaver, a parishioner at St. Barnabas Episcopal Church which has taken a leading role in the program. “The more you learn about homelessness, the more you realize there is a huge hole on the Cape, that there is a population of people who live here, who were born here, some of whom work here and who just can’t afford housing.”

And so HAC has lent its support and expertise to solve homelessness at a micro level. “What we’re trying to do is work in communities, in the Mid-Cape area and, in particular, highly populated areas, to help the homeless people stay in their communities of origin rather than having people come to Hyannis for shelter,” explained HAC CEO Rick Presbrey.

If successful, Burt said this could potentially serve as a model that could be replicated in other communities across Cape Cod.