FORWARD at the Rock – Housing for Adults with Autism 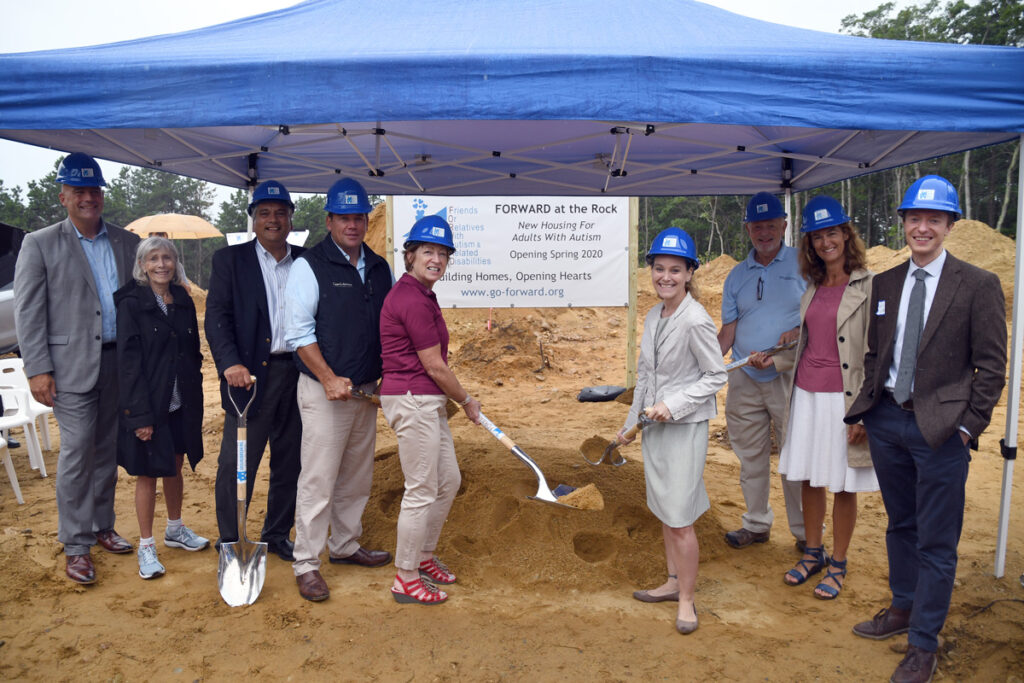 As the parents of two children on the autism spectrum, Kathy and John Ohman had a vision to build the type of housing not available to those with developmental disabilities when they become adults.

In August, that vision took one giant leap to becoming reality at the groundbreaking for FORWARD (Friends Or Relatives With Autism And Related Disabilities) at the Rock. The Ohmans were joined by community leaders, local organizations, and state agencies during a groundbreaking for a project that will bring eight units of affordable housing for adults with autism to a 4.6-acre parcel on Hokum Rock Road in Dennis.

Taking part in the ceremony was Housing Assistance CEO Alisa Magnotta and Director of Housing Development David Quinn who have enabled FORWARD at the Rock to get to this stage. Five years ago, the Ohmans came to Housing Assistance’s founder and former CEO Rick Presbrey with the idea for the housing development. “Rick Presbrey said, ‘Yeah, we can get behind this project,’” Kathy said. “[Housing Assistance] has been our developer and consultant ever since then.” 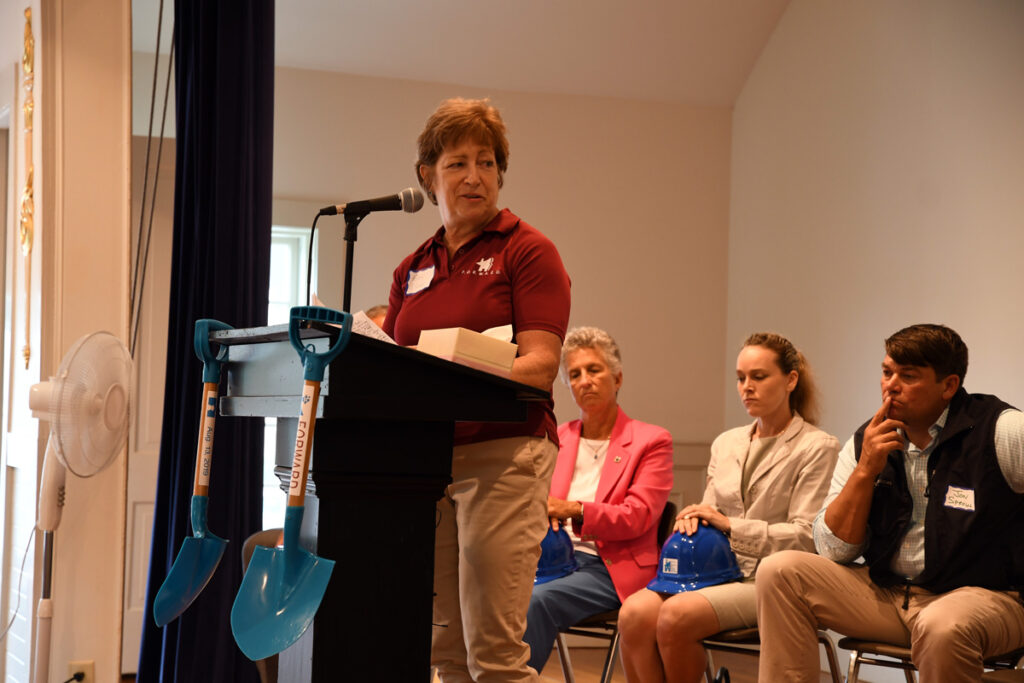 Kathy Ohman, President and founder of FORWARD at the Rock

Magnotta praised the Ohmans for their “years of grit and determination” that made this project possible. “Project FORWARD is a perfect demonstration of partnerships and passion coming to fruition,” she said. “It’s our honor to be part of a project that brings Kathy and John’s vision to reality.”

Dennis Selectman Sheryl McMahon spoke about the importance of this project, especially for those who will live there. “Too many adults with developmental disabilities live with their parents far too long. In many cases, when the last surviving parent is gone, the life of the adult child changes tragically and traumatically,” she said. “This residence, along with more to be created, will provide a safe, affordable home for residents, but also will relieve many elderly adults from having to care for their adult children so late in life.”

Cape Associates has begun construction on FORWARD at the Rock which will include two side-by-side houses each with 4 bedrooms, a common kitchen, living room, dining area, mud room, and staff office. The project is slated for completion in spring 2020. 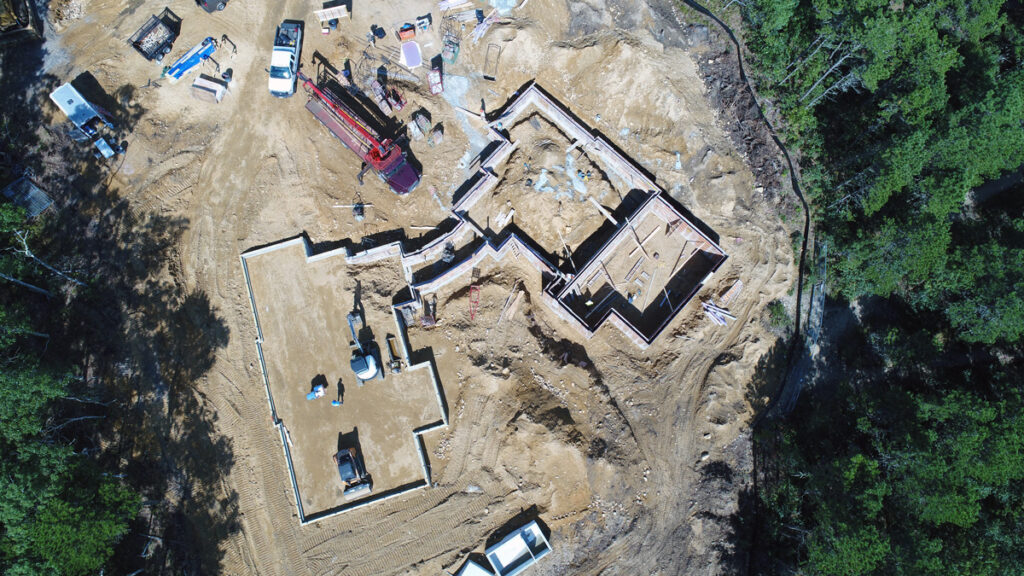