FORWARD at the Rock a Community Effort 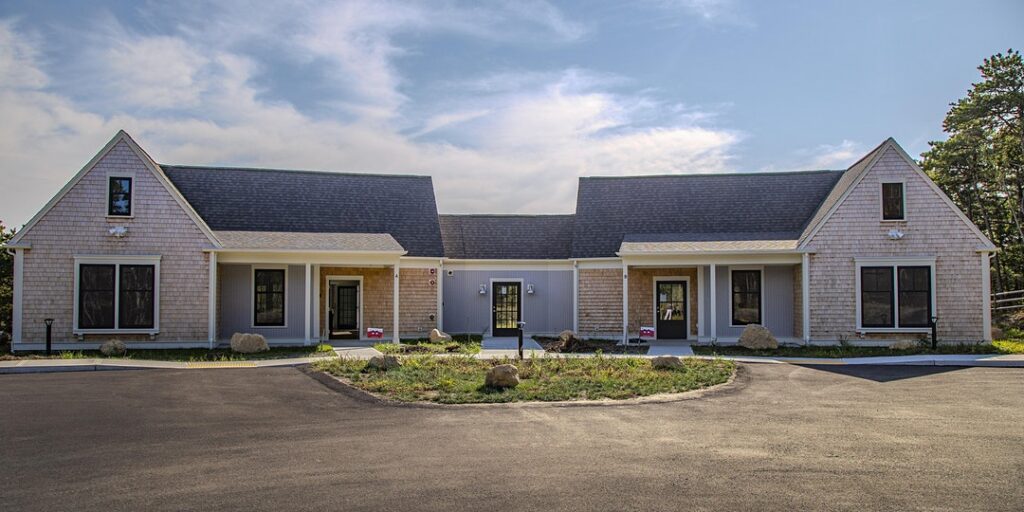 When it comes to developing affordable housing, it’s a community effort. That was certainly the case with FORWARD at the Rock, a new development completed on Hokum Rock Road in Dennis.

Featuring eight affordable apartments for adults on the autistic spectrum, FORWARD was spearheaded by Kathy and John Ohman. The pair came to Housing Assistance six and a half years ago with the concept to construct the project on a 4.6-acre town-owned parcel in Dennis.

While Housing Assistance served as a consultant on the project, Director of Housing Development & Planning David Quinn said, “it was a community effort to get this project completed with funding from several towns and state agencies over many years to see it through, from its original vision to final completion.” 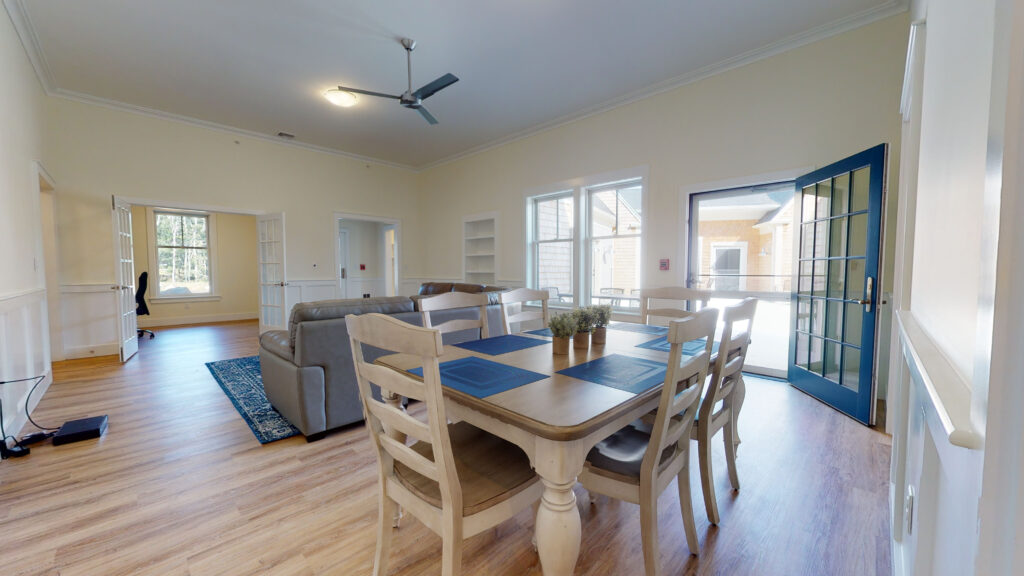 The towns of Barnstable, Brewster, Chatham, Dennis, Mashpee, and Yarmouth, all contributed Community Preservation Act (CPA) funds, totaling $1 million, to the project. The state added another $1 million grant that helped make it a reality.

“It’s amazing after all this time and all the support we’ve had from so many people, including Housing Assistance Corporation, that we’ve been able to move eight people into their new forever homes,” said Kathy, founder and president of FORWARD (Friends Or Relatives With Autism & Related Disabilities), the nonprofit developer of the project.

She had high praise for Quinn who she said was instrumental in securing the state funding that was needed “to get us across the finish line.”

Constructed by Cape Associates, FORWARD at the Rock consists of two group homes, each with four bedrooms, a shared kitchen, dining room and living room, a mudroom, two full bathrooms and a half bath. There is also an office for staff; Cape Abilities is providing supportive services to the residents.

The project was personal for the Ohmans, who have three sons, two of whom are on the autistic spectrum. “We started FORWARD because we saw the need,” said Kathy. “Across the state and on Cape Cod, when adults with autism turn 22 and leave school, most will live at home with their families. There are very few resources for people when their parents get older and have difficulty caring for them. That’s why we did this project.”