Family Continues Tradition of Purchasing Books for Children in Shelter

Children’s education was important to Susan Royer. She embraced this cause as the Vice President and Executive Director of Education and Research at Sesame Workshop. 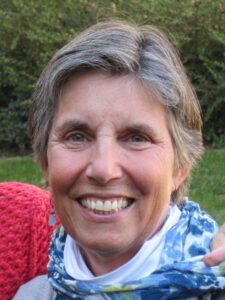 She also was passionate about supporting society’s most vulnerable. As an elder at the Presbyterian Church in Upper Montclair, New Jersey, Susan led volunteer efforts for teenagers at the church to provide clothes to homeless individuals living in New York City.

Even in retirement, Susan continued this work. Not long after she and her husband Randy Aubrecht moved to North Falmouth in 2014, Susan learned about the Village at Cataumet, Housing Assistance’s family shelter in Bourne.

Each Christmas, Susan would purchase books for every child at the shelter. She partnered with Eight Cousins Books in Falmouth, giving them a list of every child’s age and gender and their staff would pick appropriate books for each.

“She loved children,” her husband Randy Aubrecht said. “It was her idea and she loved organizing it. … She just always wanted to help and was always coming up with ideas on what she could do. She was a lot of fun and she was really kid-like in her own way and really connected with children all the time.”

When Susan died at the age of 65 at the end of August, her family – the couple had two children, William and Sarah – decided they would continue the tradition in her honor. In December, each child at Cataumet received a book from the Aubrechts as a way to carry on Royer’s spirit of generosity. “We wanted to keep her idea alive, it’s as simple as that,” Randy said.

Director of Family Homeless Shelters Paula Mallard recalled Susan’s thoughtfulness for the families at Cataumet. During the summer of 2019, she treated them to ice cream at nearby Somerset Creamery. “She was an extremely kind woman who will be missed,” Mallard said.