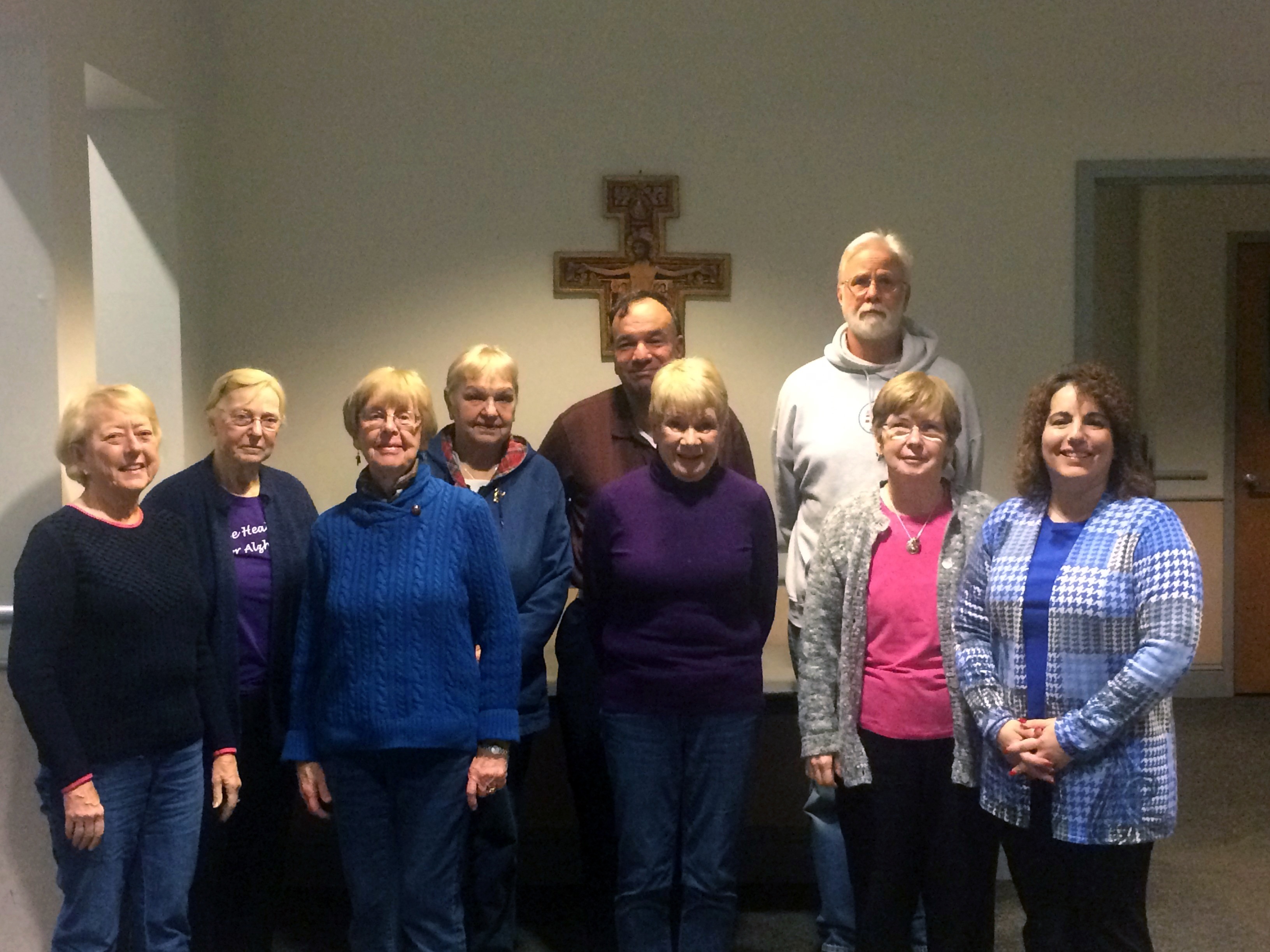 At its meeting last month, DYECH presented HAC’s Cassi Danzl with an $8,000 check which pushed its fundraising total to $1.5 million since the group’s inception. The money has been used to prevent families on Cape Cod from becoming homeless

In the grand scheme of things, $8,000 may seem like a relatively small amount of money, but in the beginning of March, it represented a major milestone for a group of residents committed to helping their neighbors in need.

When that donation was given to Cassi Danzl, HAC’s director of Family and Individual Services, it pushed the group, better known as the Dennis-Yarmouth Ecumenical Council for the Prevention of Homelessness (DYECH), over $1.5 million raised since it was formed in 1993.

HAC founder Rick Presbrey said the genesis of DYECH was “to prevent people from entering shelters and motels and keep them in housing,” an effort spearheaded by the late Bob Murray in conjunction with parishioners and staff at Christian churches in Dennis and Yarmouth that had reached out to HAC asking how they could support the agency.

And so DYECH was born. Golf tournaments, ham and bean dinners, chicken pot pie suppers and community concerts are just a few of the ways they have raised money to prevent homelessness on Cape Cod and the Islands over the past 24 years.

DYECH has also been able to raise funds from the bulk purchase of gift certificates to participating stores such as Shaw’s, Stop & Shop, Whole Foods and CVS. It then sells those gift certificates at face value to those in the community. For every dollar spent, DYECH receives five percent that goes directly to HAC’s homelessness prevention efforts for families.

Debbie McDevitt-Hayes of Yarmouth, who has been involved with DYECH since the beginning, recalled that the late Art Kimber, a member of the clergy at St. David’s Episcopal Church in Yarmouth, and Deacon David Akin of St. Pius X Parish in South Yarmouth, were instrumental in the launch of DYECH and bringing neighboring churches into the fold.

“Those early days were exciting days for sure,” she said, noting that it was less about the money raised and more about the number of families they were able to help. “HAC was good at keeping us posted as to putting a personal face on what was happening. Sometimes you’d meet some of the clients that you helped which was really exciting.”

As to DYECH reaching this fundraising milestone last month, she said, “I’m sure if we put the faces on that $1.5 million it would have a huge impact.”

Akin said the reason for the continued dedication to DYECH is simple: there are people in need. “They say that for 60 or more percent of Cape Codders, if one or two paychecks don’t come, the party is over,” he said. “There is a real hand-to-mouth economy for the have nots.”

“I think we all have to help each other,” said Yarmouthport’s Barbara Lussier, who manages the gift certificate program for DYECH. “Some of us are more fortunate than others, but I think it’s important for us to give back.”

While all agreed there is still more to do, current DYECH President Steve Sozanski was proud of all the group has accomplished. “It’s mind-boggling to think we’ve raised that much money organizing meals and concerts three or four times a year and buying and selling gift cards in bulk,” he said.

Presbrey agreed, calling DYECH’s work “amazing, actually. For them to do it all these years is impressive and also the energy with which they do it. They’ve kept up the program and prevented people from being homeless and keeping them in their current housing. It’s been a huge thing, really.”

To learn more about ways you can help prevent homelessness simply by purchasing a gift card to a local supermarket, store or restaurant, contact Margaret Benaka at 508-771-5400, ext. 272, or at mbenaka@haconcapecod.org for more information.