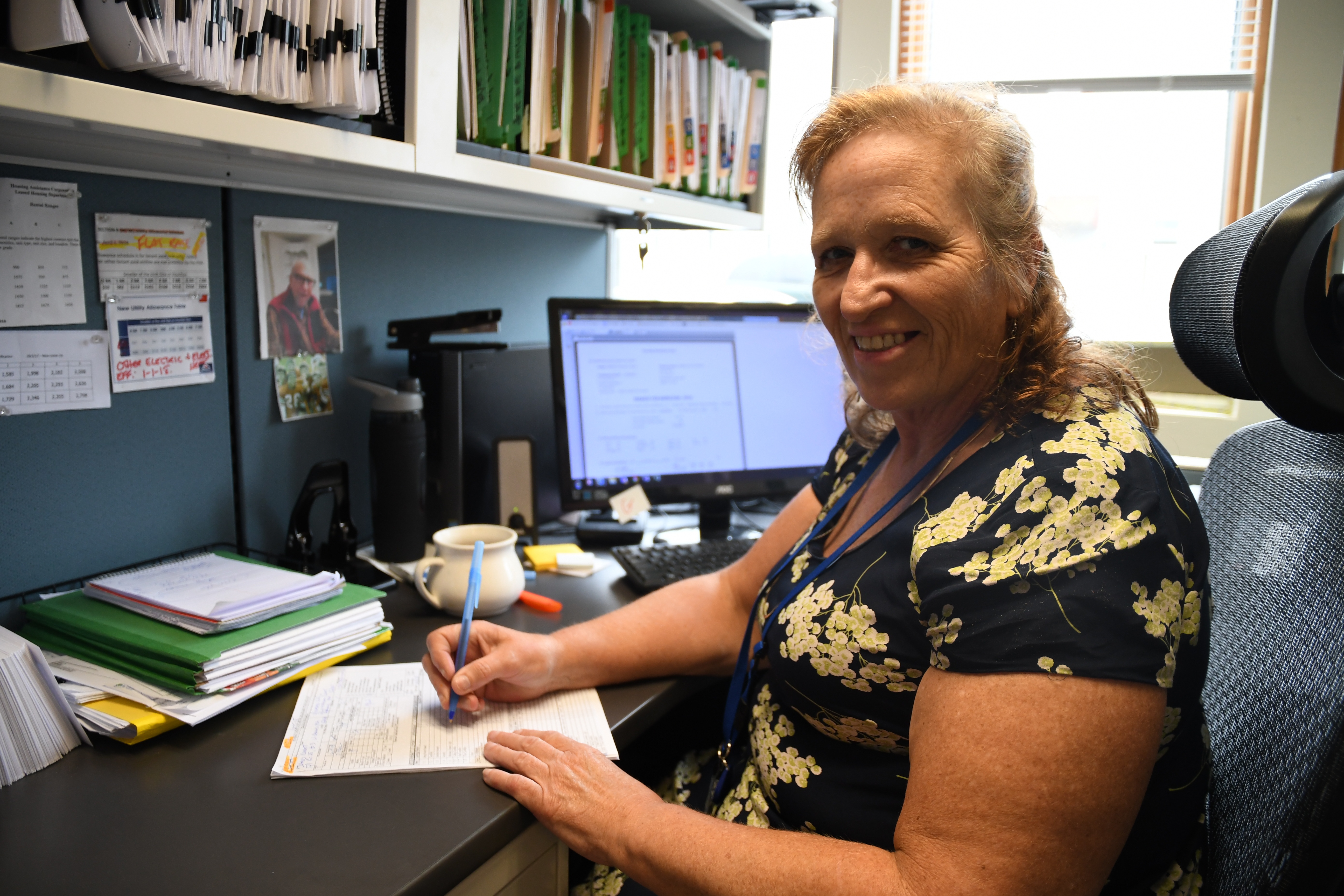 She has worked at HAC for more than 17 years, but Meg Chaffee’s connection to the agency goes back even further when she was once a client.

“I left a domestic violence situation and was allowed to go into one of HAC’s shelters,” she said. At the time, it was only her and her son, Justus, whose name is a combination of two words – “just” and “us” – that defined all the two had when they sought help from HAC.

In HAC, Meg and her son found the necessary support and resources to make their way through that difficult period in their lives. “There’s a lot HAC has helped me with,” she said, which included providing her with two cars from the agency’s now-defunct Wheels to Work Program. “I used to take the B-Bus with my son in Hyannis. Sometimes it would take an hour and a half to get to work when I worked at Toys R Us. When I got the car, it was nice because I could go to the grocery store and laundromat on my own.”

When Chaffee left the shelter, she received a Section 8 voucher that has provided her with financial assistance in paying her rent on Cape Cod.

In 2001, HAC had an opening for a Section 8 program representative which she applied to because she wanted to find a way to give back to those in need. “I wanted to help other people,” she explained.

A Commitment to HAC

While she has done that in her role, helping to administer HAC’s Section 8 vouchers, she has taken her commitment a step further – as a HAC donor.

In May, she was one of several longtime donors to be recognized at HAC’s Annual Dinner & Volunteer Recognition as part of the agency’s Loyalty Circle. She has donated annually to HAC for over 10 years in a row.

At $10 a month, it is admittedly not a lot, but she knows that she is doing her part so the agency can help others in need. She has her monthly donation taken directly out of her biweekly paycheck.

She hopes her giving will inspire her fellow HAC employees – the agency has a total of 111 full- and part-time staff – to do the same. “I’d like to challenge all of our employees, if they’re not already donating, to make that donation,” she said.

That challenge is coming during a significant milestone in her life. Last month, she gave up her housing voucher and is now able to pay her full rent. Chaffee is just one example that the agency’s programs provide tangible results.

When asked what HAC does best, she laughingly asked, “one thing?” before answering in this way: “It makes a better community.”