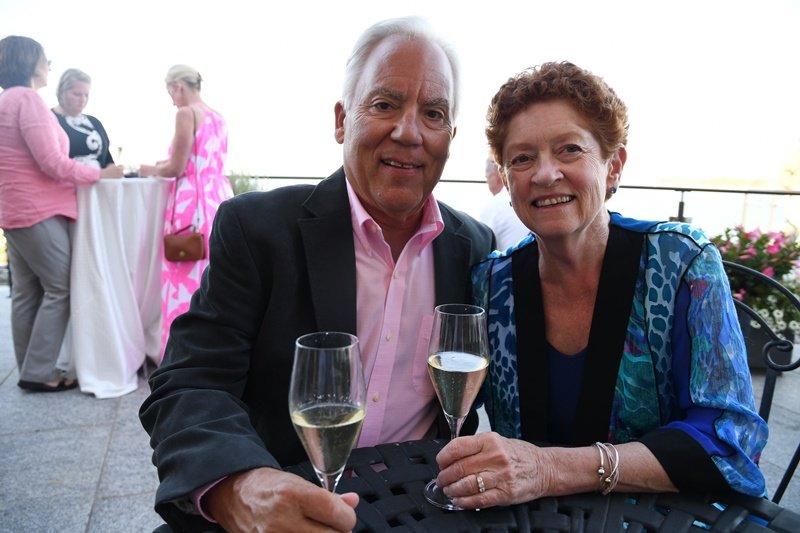 Dr. William “Tony” Rhodes and Margaret Hogan have been longtime supporters of HAC, understanding the importance a home can have on one’s health.

Though he was never homeless, there was a time during Dr. William “Tony” Rhodes’ childhood when he experienced what it meant to be poor.

“I lived in pretty low-income housing because my parents had gotten divorced,” he said. “It was just survival and there wasn’t any money for anything frivolous. You were lucky to get a new shirt or something like that every once in a while. It gave me an appreciation that you can have the best world and all of the sudden” it can change.

That lesson has stayed with Dr. Rhodes, who has lived in Brewster with his wife Margaret Hogan for nearly 33 years. Because of his experiences as a child, the couple have supported HAC’s work for nearly a decade.

The pair were introduced to the agency through Dr. Rhodes’ practice, Brewster Medical Associates, which served some patients who happened to be clients of HAC.

Though the pair are now retired – Margaret worked as a nurse with her husband before assuming the role of a full-time grandmother – they are still committed to helping those in need as HAC donors.

Margaret agreed, saying there is a reward one gets from giving to agencies like HAC which are focused on making an impact at the local level. “When you do something like get involved with your agency, you feel like you’re benefitting people you might know,” she said.

For Dr. Rhodes, who served as a police officer before he pursued a career in medicine, there was a parallel between his work and the services HAC provides – it is all about helping others. “You were dealing with people,” he said. “The skills I learned as a police officer in seeing problems, as a doctor now I could do things about those problems… I put 32 years into doing that, but it was worth every minute.”