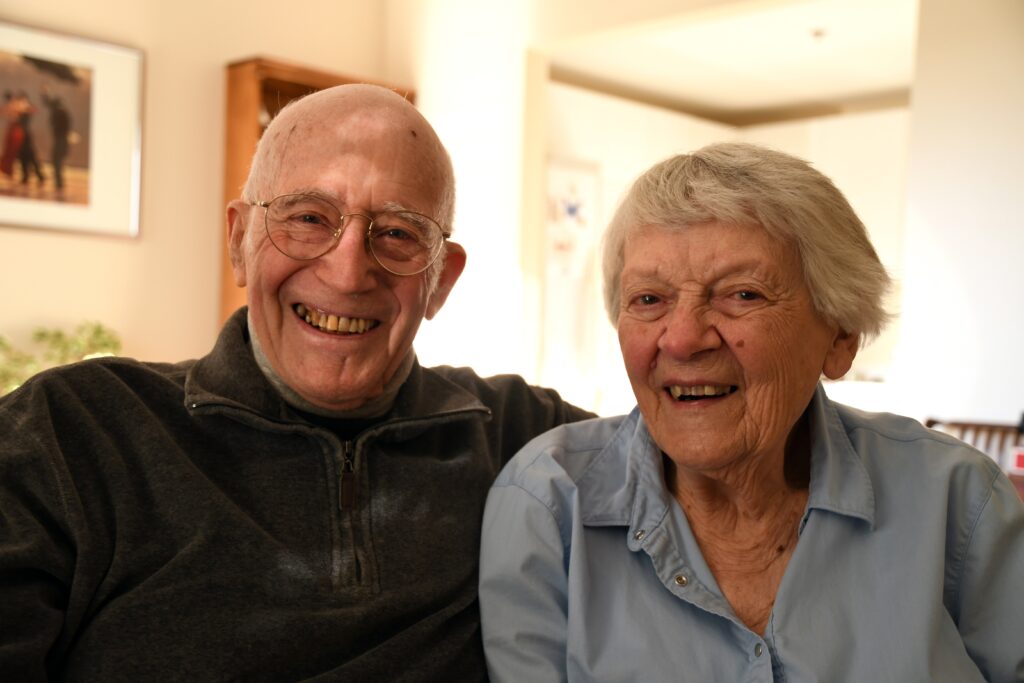 Jim and Helen Wick have been supporters of HAC for over 25 years.

By the time Jim and Helen Wick moved to West Dennis in 1983, they were officially retired. Fast forward nearly 35 years later and the couple could not be busier.

“When you retire, you don’t retire from living,” Helen explained at the end of last month inside their condo at Mill Hill Residence in West Yarmouth. “It frees time to participate in things you are really interested in.”

“I’ve been retired more than I’ve worked,” her husband of 65 years added. “Retirement is kind of like a second career… When you’ve been retired for 35 years, you want to keep your life kind of meaningful. One of the ways you can do it in a good way is associating with nonprofits.”

The Wicks have a list of several nonprofits on Cape Cod – the Dennis Conservation Trust, the Cape Cod Museum of Natural History, Cape Symphony, and CHAMP Homes – that align with their passion for giving back to the community they live in.

HAC is one of those nonprofits at the top of this list. “I think HAC is probably one of the most innovative nonprofits I have ever witnessed,” said Jim. Over the past 25 years, the Wicks have backed up their belief in HAC’s mission by donating thousands of dollars to support the agency’s work.

Whether it’s developing affordable housing, providing educational workshops to first-time homebuyers, or offering shelter to young mothers facing homelessness, the Wicks had high praise for the wide-range of programs HAC offers that benefits those of all income ranges on Cape Cod.

Jim, who served on the Dennis Housing Authority for several years, has long maintained an interest in housing. Having the ability to support an agency like HAC whose focus is on this sector has been rewarding for him and his wife.

“There’s such a shortage of affordable housing here and young people are moving out,” said Jim, who will be turning 93 on Christmas Day.

At their age, the Wicks are showing no signs of slowing down. They hope they will inspire others to find ways they can give back, whether it’s through donations of time, money or talent. “If this encourages somebody else to donate, that would be great,” Helen said.

Why We Give: The Wicks

In the early 1990s, Jim and Helen Wick attended a fundraising dinner organized by the Dennis-Yarmouth Ecumenical Council for the Prevention of Homelessness (DYECH), serving as their first introduction to HAC.

That dinner was where they met HAC founder Rick Presbrey and began to learn about the agency’s work which encompasses everything from operating four shelters for homeless families to developing affordable housing for low- and middle-income residents.

While the couple expressed an affinity for HAC’s broad expanse of programs, it was homelessness prevention that was the entrée for the Wick’s longtime support of the agency.

Since 1993, DYECH has raised more than $1.5 million that has provided one-time emergency funds for families, allowing them to stay in their homes and off the streets.

To learn more about how you can purchase a gift card to support HAC’s homelessness prevention efforts email dyech@comcast.net.