Although Barton Tomlinson passed away last November, his legacy will continue to live on at HAC’s Angel House shelter.

There, a small plaque bearing his name proudly hangs on the wall, reading “Barton Tomlinson Clinical & Group Space.” In this room, facility director Lin Rohr said, is where the healing takes place.

That healing is something that was so important to Mr. Tomlinson and his wife Mary, who died in 2008. The couple were longtime donors of HAC, focusing their giving on the Hyannis shelter which serves mothers overcoming addiction and their children. 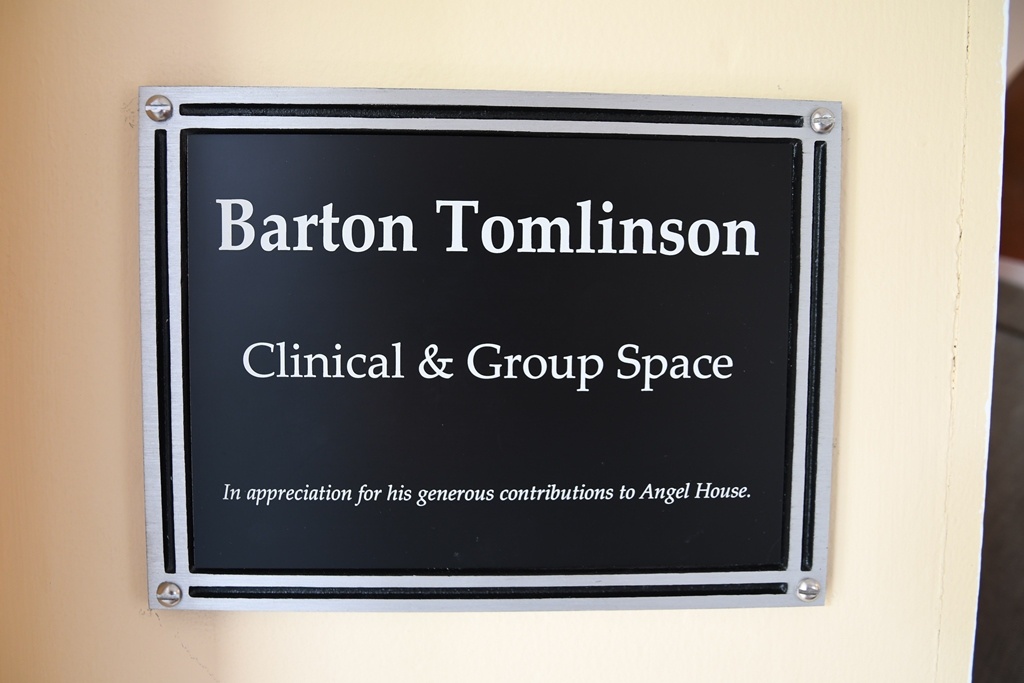 At the end of August on Mary’s birthday, that giving was celebrated during a naming ceremony to celebrate the impact Mr. Tomlinson has had on Angel House. In attendance were Barton’s daughter Betty and her husband Jim Ryan of Osterville, as well as Barton’s cousin Rob and his wife Kim Nichols of Hyannis.

“I was struck by his quiet resolve to always do the right thing,” said HAC CEO Alisa Magnotta Galazzi of Mr. Tomlinson. He was committed to stabilizing families, she said, “and giving these children here a second chance. It was the next generation that he was really invested in.”

In order for clients at the shelter to overcome the trauma of homelessness and addiction, Rohr said, they need the support of the community. “It is only possible through the generosity of people like Bart,” she said.

“This place meant a lot to him,” Betty said after she took part in the ceremony and a tour of Angel House. “He really felt for the mothers and the children here and wanted them to get on the right path.”