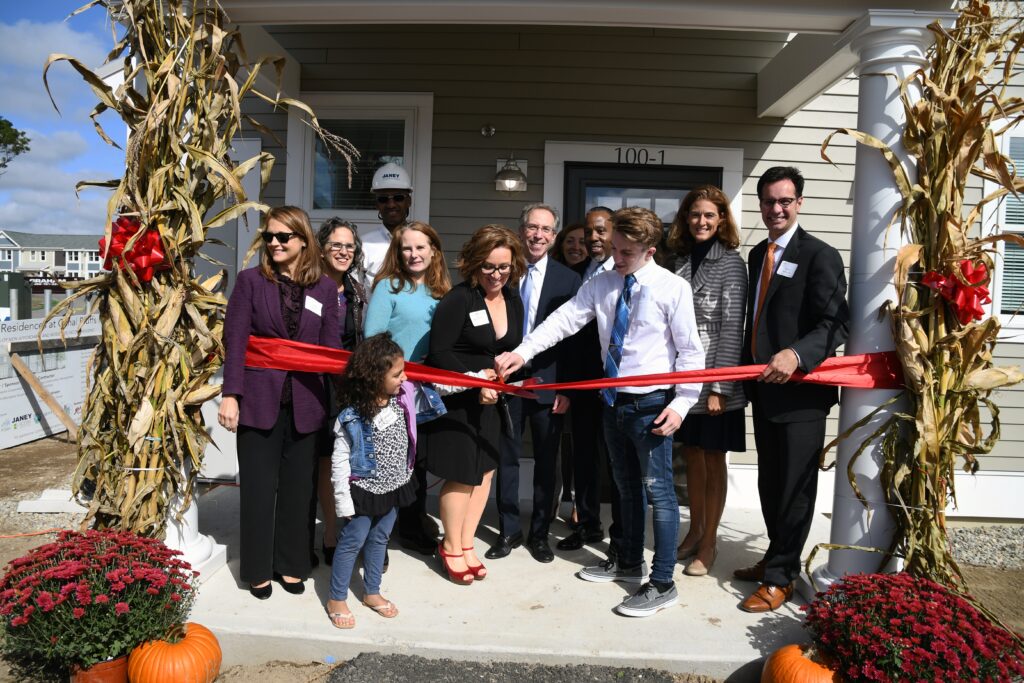 Since 2012, Melissa Harris has lived in a two-bedroom apartment at the Residences at Canal Bluffs in Bourne, where she is raising her two children all while balancing a job at Cape Cod Healthcare and studying for her nursing degree.

Next month, her family will move into a more spacious three-bedroom apartment at nearby High Meadow Townhomes. “I don’t think there’s anybody more excited today than us because we have been in a two-bedroom,” Melissa said during a ribbon cutting earlier this month to celebrate the completion of the project which will add 44 mixed-income housing units to the Upper Cape community. “We’re so excited and so incredibly thankful that you all took the time to design such beautiful homes.”

HAC CEO Alisa Magnotta Galazzi said Melissa is, “an example how safe, affordable housing is the foundation from which dreams and hope grow… Melissa is an example of our mission in action and really, truly, the reason we are all here and the reason this works.”

High Meadow Townhomes represents the third and final phase of a project that has brought 117 mixed-income apartments to a 19-acre parcel located off MacArthur Boulevard. 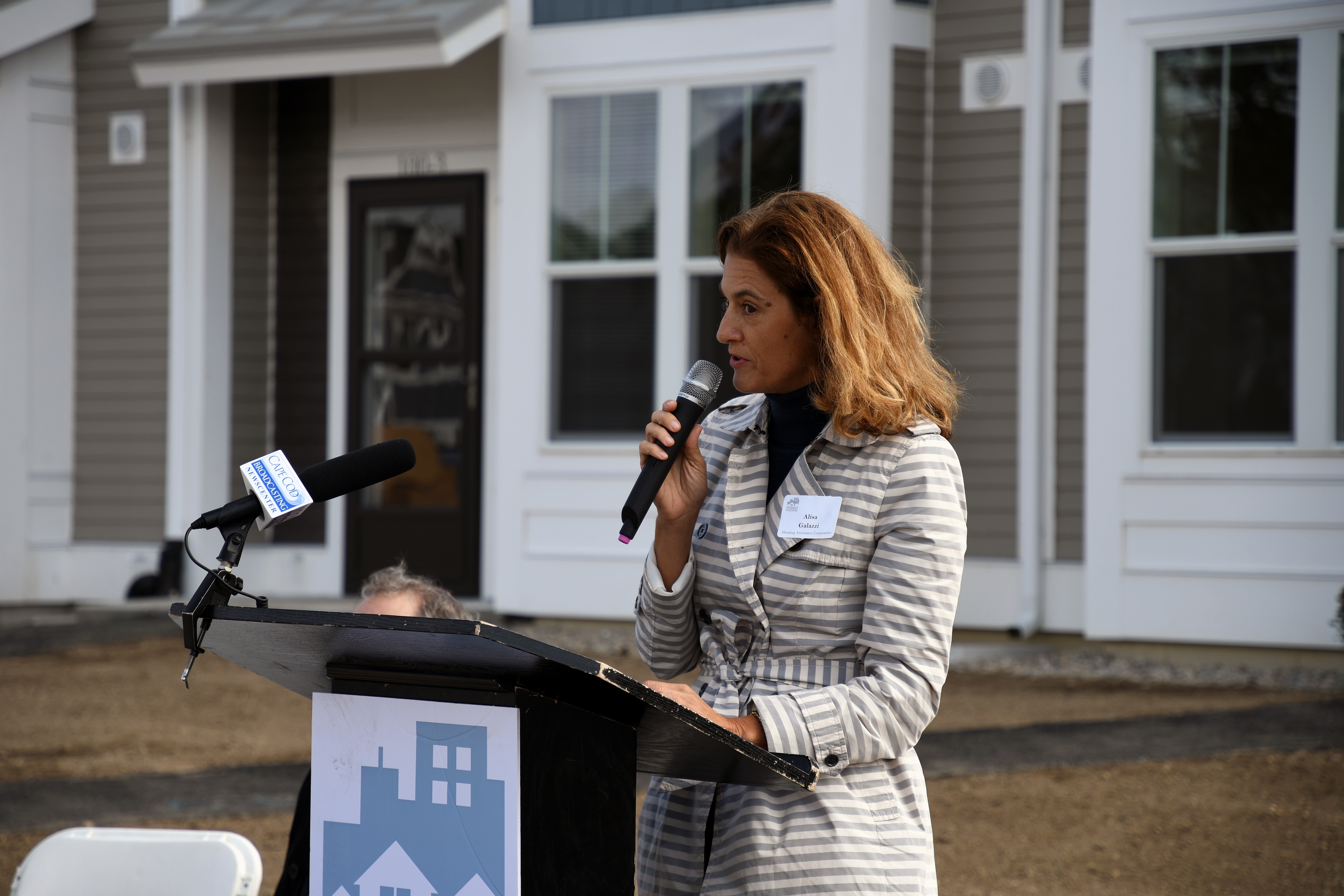 Originally slated for use as an office building for a tech startup, it was purchased by businessman William Zammer of Mashpee who eventually sold it to HAC to develop as rental housing.

The final apartments are significant because of the impact they will have on the 44 families that will move into them in November. “These 44 townhouses and 117 homes and residences that are here for people will be a success story that will drive not only a more successful Bourne community, but something we need on Cape Cod as well,” said Congressman William R. Keating, one of several public officials to attend the ceremony.

State Senator Vinny deMacedo echoed the Congressman’s comments, saying that, “there is nothing more important than being able to provide someone with a roof over their head and a safe and a warm place to go that is affordable.” 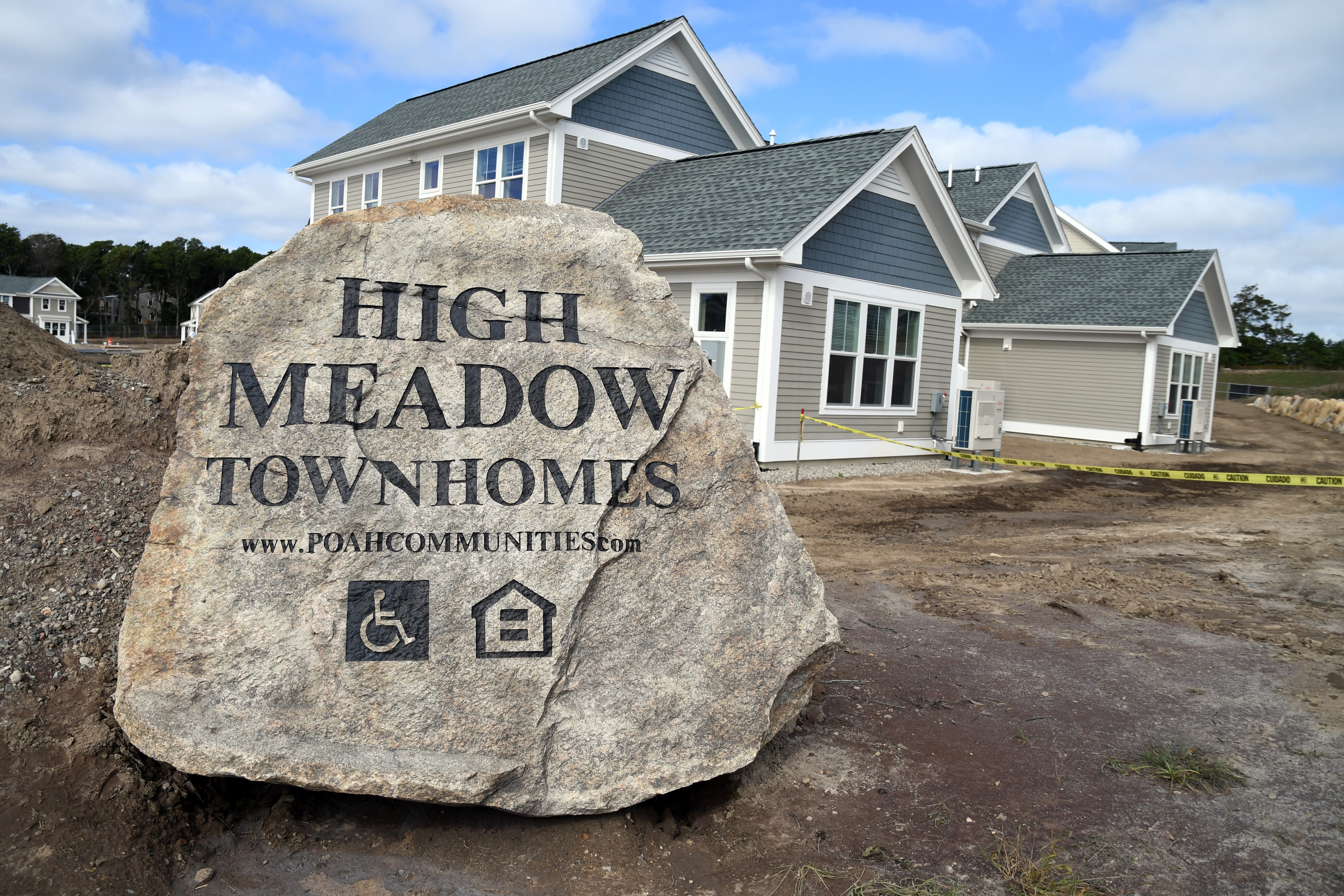