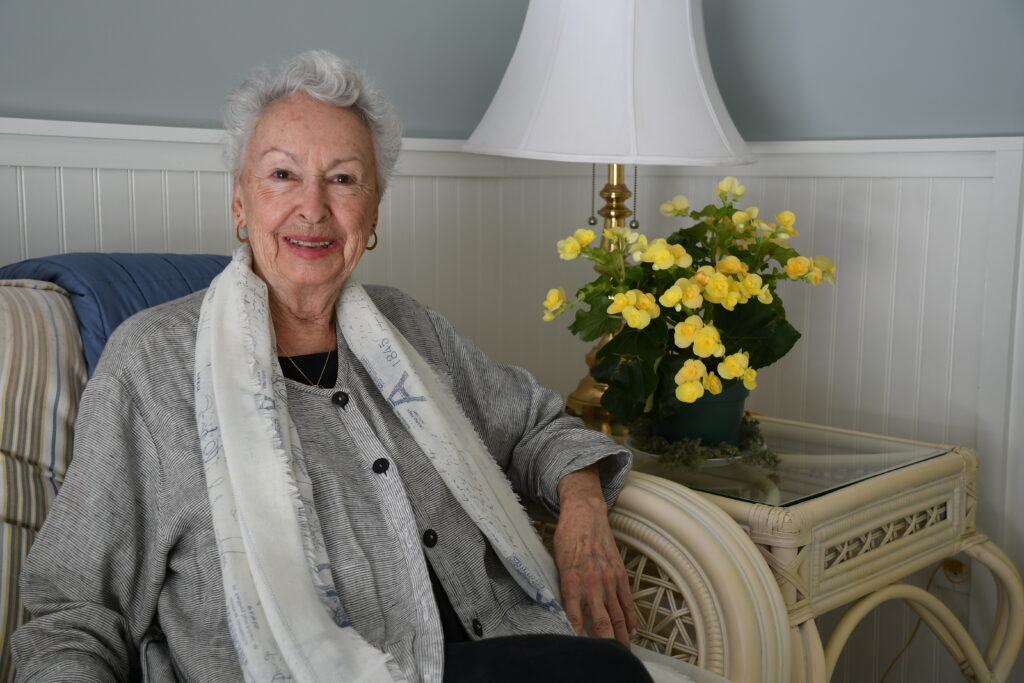 Dorothy Battles had driven by the historic property on Old Main Road in North Falmouth, countless times. She often told her husband Kenneth, the former co-owner of the Sea Crest Beach Hotel, it was her dream home so much so that the couple purchased it in 1971.

“It was a wreck,” Dorothy recalled. “But I love doing houses over.”

Over the next 18 years, the couple would raise their six children in that home which was first constructed in 1904 as a barn by summer resident William C. Spencer, originally serving as a stall for horses and carriages. It later served as a garden store as well as a nightclub called the Banjo Room. The property was first owned by Frederick T. Nye, a soldier who served in the Revolutionary Army, in 1772. The home that he built burned to the ground in a fire in the late 1870s. Though that house was rebuilt, owners John and Raymond Deely demolished it in 1965, leaving only the barn behind it which the Battles called home for nearly two decades.

For the Battles, it was a welcoming place, where family, friends, and occasionally strangers would come for dinner, and sometimes longer. “It was open doors, everybody would come in,” said Dorothy. “We’d often have 12 people for dinner; we had eight without even trying.”

“My older sister traveled a lot and we had a guy from Australia live with us all summer long,” said Dorothy’s youngest daughter Nan Reap.

That inviting aura is one that carried on once Housing Assistance purchased the property in 1989 for $475,000, turning it into the Carriage House shelter. “I’m very proud of what they’ve done with it,” said Dorothy. “It’s a continuation of what we did.”

Initially, the Battles were hesitant to sell the two-acre parcel to Housing Assistance due to concerns of what might happen to the neighborhood. But those fears subsided when they learned about our organization. “We knew it was in good hands and would be good for the neighborhood,” Dorothy said.

Over the years, the Battles became loyal supporters of Housing Assistance’s work, eventually donating back all the money the agency had paid to purchase the house.

Now celebrating its 30th anniversary, Carriage House has embodied the spirit of acceptance the Battles family brought to the home. Since 1989, it has served as a shelter for homeless mothers and their children. “When you talk about the homeless, most people don’t realize that we’re all one step away from being homeless,” Dorothy said. “These people have just fallen on hard times.” 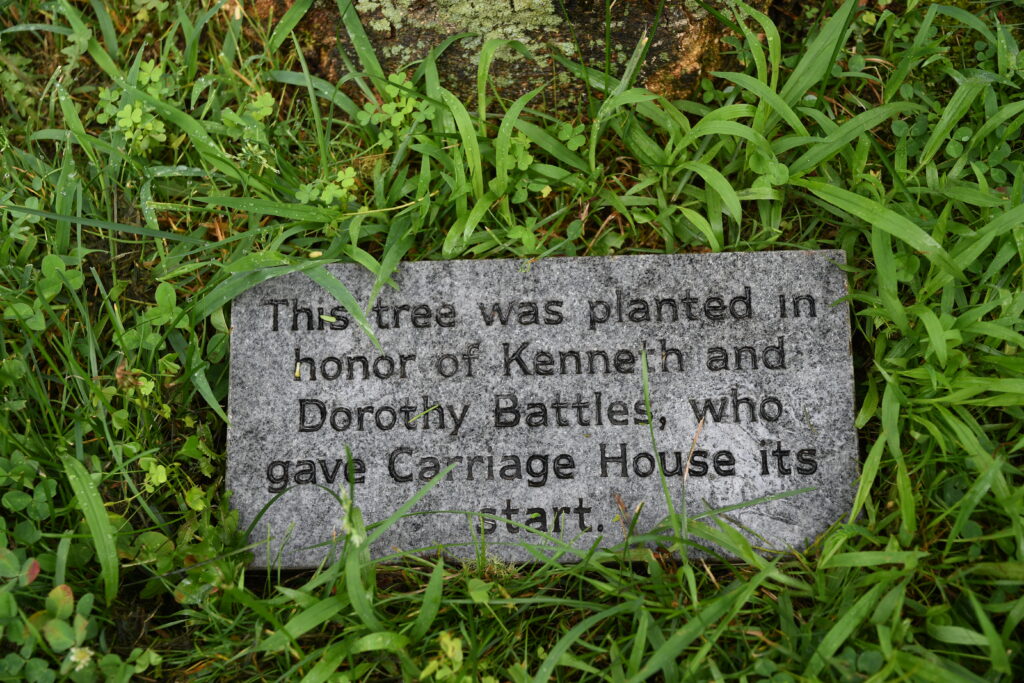 At Carriage House, families are given a second chance and an opportunity to rebuild their lives. That opportunity may not have existed if it were not for the Battles. Ten years ago, Housing Assistance recognized the couple’s generosity by planting a mimosa tree in their honor. At its base is a stone that reads, “This tree was planted in honor of Kenneth and Dorothy Battles, who gave Carriage House its start.”

Help us celebrate Carriage House’s 30th anniversary by making a donation (click here) to help our clients most in need. Your support empowers these individuals and families to find safe, stable housing that allows them to thrive on Cape Cod and the Islands.  Click this link to learn more about the history of the Carriage House shelter.