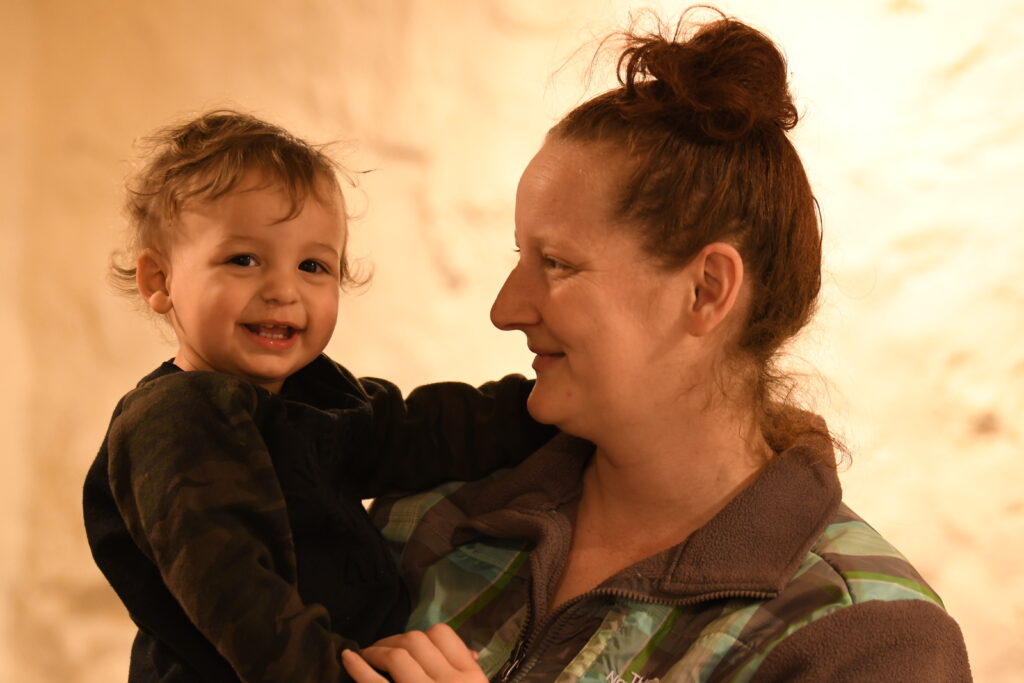 Over the course of nine months in 2018, when Debi was pregnant with her third son, she was homeless. She gave birth to him on September 26 of that year. “Three weeks after he was born, I said, ‘I can’t do this anymore.’”

Addiction led her down a dark path. Debi’s children gave her the motivation to find her way out, leading her to Emerson House in Falmouth on October 14, 2018. She spent 11 months there before moving to our Carriage House shelter in North Falmouth, where her short-term focus is on maintaining her sobriety and her long-term goal is to achieve self-sufficiency.

For nearly five years of her life, Debi had none of this. She was living in the woods in a tent with her boyfriend. She had two children whom her parents were raising.

Being homeless had a laundry list of challenges, from the fear that her tent would be destroyed to sleeping outside in snow, rain, and freezing temperatures. Eating healthy meals and hygiene were not priorities “because I was drinking every day,” she said. “It was very unsanitary. I never saw myself living like that, yet I did. That experience – never, ever again will I choose anything over myself.”

Despite all she has been through, Carriage House Facility Director Mindy Caron said Debi has shown remarkable fortitude. “There is something in the way these adversities eat at people,” Mindy said. “Debi has somehow managed to come through this remarkable progression of adversities and maintain love in her heart.”

A significant piece of Debi’s love is focused on her children – one lives with her at Carriage House while the others are still being raised by her parents. Debi sees them every Sunday.

“I spent so long losing all my things, they just became things. The important stuff is the memories,” she said as she lifted up her youngest son and kissed him on the cheek. “I lost a lot of time. I missed my middle son walking. I missed his first words. I missed out on life which is something I very highly regret.”

Still, she has hope for the future thanks to the support and stability she has found at Carriage House. “To have a place like this, I get to keep my son and have the ability to work on my housing,” she said. “If I didn’t have this, I wouldn’t have been able to stay afloat.”