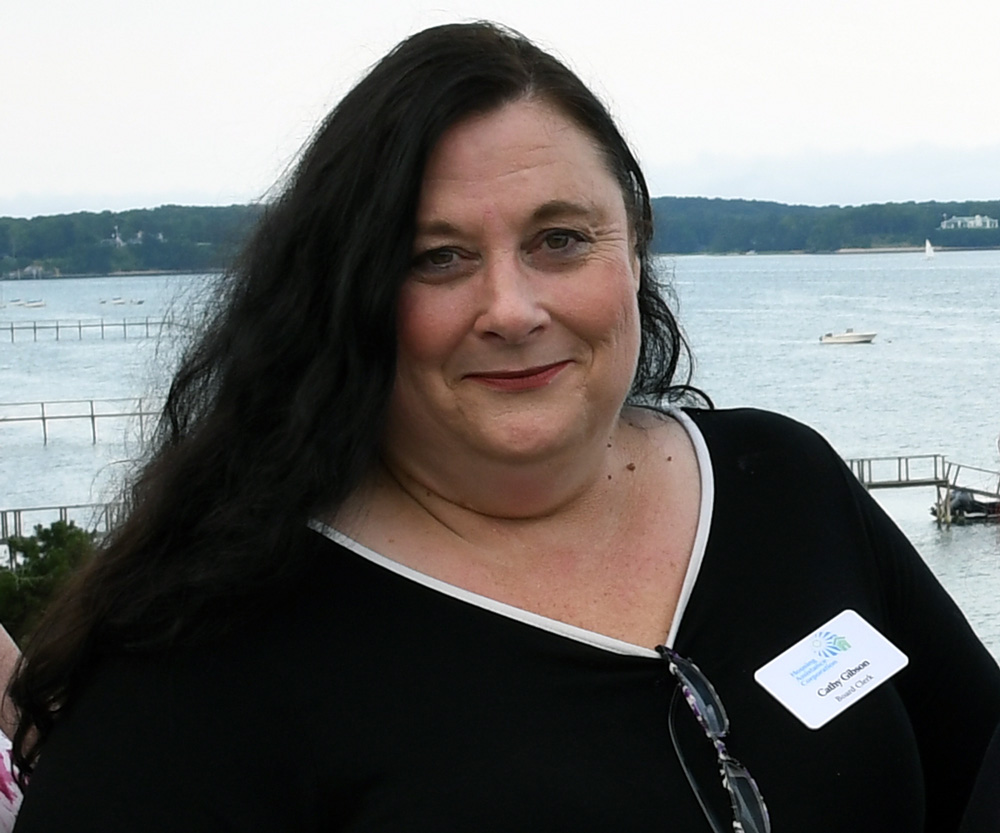 From Homelessness to Board Member and Community Advocate: Housing is the Foundation

When you first walk into Cathy Gibson’s apartment in downtown Hyannis, a prominent sign that reads, “She believed she could, so she did,” greets visitors. It’s a fitting motto for the former Housing Assistance client who used that belief to pave her way as a housing advocate and help others overcome challenges she once faced.

Today, Gibson is paying it forward as a Housing Assistance board member, a supervisor at the Department of Transitional Assistance, and the chair of the Cape and Islands Regional Network on Homelessness. The catalyst for her efforts to help others access vital housing services occurred 18 years ago when Gibson was displaced due to domestic violence.

Gibson was able to escape that abusive relationship, landing at Independence House in Hyannis, before receiving a voucher through Housing Assistance while in transitional housing. “From there I got my first job after returning to the Cape,” she said, serving as a housing advocate for Safe Harbor, a family shelter for women and their children who are homeless as a result of domestic violence.

Through her voucher, Gibson was able to enroll in Housing Assistance’s Family Self-Sufficiency (FSS) program that provides clients with the necessary guidance, support, and resources to move forward in achieving their personal and professional goals.

“Jan kept pushing me to take the next step with my job and going to school to get my degree,” Gibson said of FSS Coordinator Jan Nelson. “The whole goal of the self-sufficiency program is to keep building your income such that you don’t need a voucher anymore. I would say I accomplished that goal.”

From HAC client to HAC board member

Since graduating from FSS, Gibson has remained involved at Housing Assistance by serving on its board, helping the agency successfully navigate the transition to new leadership. “Alisa [Magnotta] has not disappointed,” Gibson said. “She has innovated, is creative, enthusiastic, and energetic and has everything it takes to be a successful CEO. I think she is bringing HAC to new horizons that we never anticipated we’d see before. I love it and I’m thrilled to be a part of it.”

Nearly two decades ago, Gibson would have found it hard to imagine that she would be at a point where she is able to help others who may be at the lowest point in their lives. Gibson is proof that with a strong belief in yourself and support from agencies like Housing Assistance, we can all thrive here on Cape Cod.

For her, it started with housing. “I would still be struggling if I didn’t get that voucher,” she said. “That safe, affordable place to call home – without that, you can’t build on anything else in your life. As much as some of the experiences in my earlier years were awful, they were all building blocks to get me to Housing Assistance so I could build a life and become who I am today.”