Webster’s Dictionary may have its own definition of dedication, but at HAC it’s exemplified in volunteers like Dr. Robert McIntire of Falmouth.

Over the past decade, Dr. McIntire and several other members of the John Wesley United Methodist Church in Falmouth, have devoted one night every month to cooking meals for clients at The Village at Cataumet.

In December, Ledger joined Dr. McIntire, Tanya White and Betty Bailey, all of Falmouth, in making a meal of chicken with gravy, mashed potatoes, corn and apple crisp for shelter clients. Because it was the week before Christmas, the group also gave each client a small gift package that included candies and a Walmart gift card.

As Dr. McIntire handed out the packages, one client responded, “This is wonderful. Thank you very much. I appreciate it.” 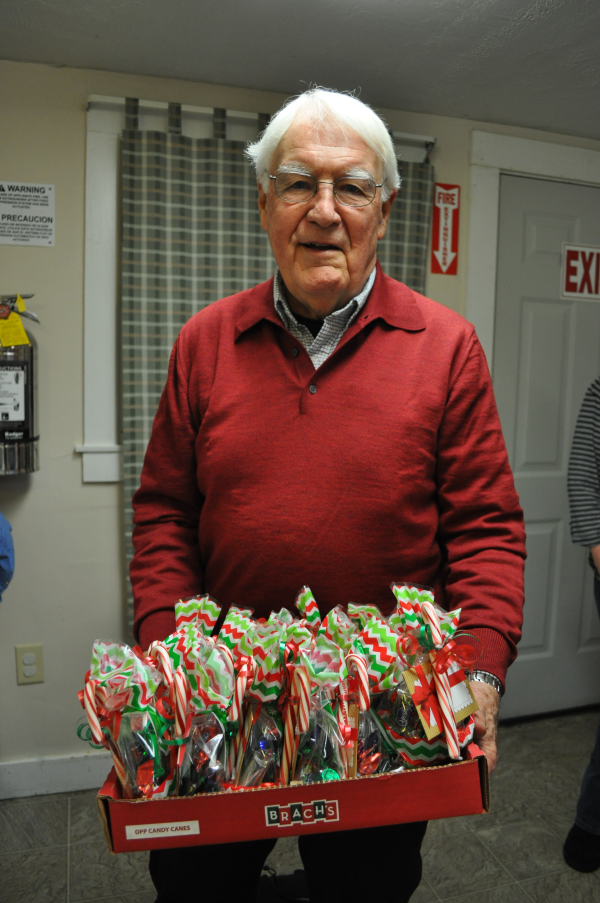 Having a chance to meet and interact with those staying at the shelter, Dr. McIntire said, has been the most rewarding aspect of his time spent volunteering at HAC. While all are grateful for the help they are given, he said, “It is pretty tough for small families having to live in a small hotel room, especially when you have two adults and two children. It’s not a holiday.”

“It is difficult,” said Brianne Gonzalez, who has been at the shelter with one of her two children since the middle of October. “I would probably say living so close to other people is the most difficult thing. And having to share things; you normally would have your own kitchen.”

“I’d rather have my own place,” said Richelle Green, a client who lives with her boyfriend Perikles (Perry) Karakostas. The two will be having a baby boy, due in April.

As the couple enjoyed the December meal cooked by relative strangers, Perry praised the group’s generosity. “They are saints,” he said. “It is so good to see nice people with everything that is going on in the world.”

This meal represented one of the few gifts he would receive this season. “Being in the situation we are in, it is hard to focus on the holidays,” he admitted.

It is why, Ledger said, the best part of their volunteer work is when the shelter’s clients are finally able to have a place to call home. “It is always sad to see young families who are homeless. It is tragic, especially at this time of year,” she said. “That is why you are so happy when you come here and they are gone because they have gone on to their own place.”