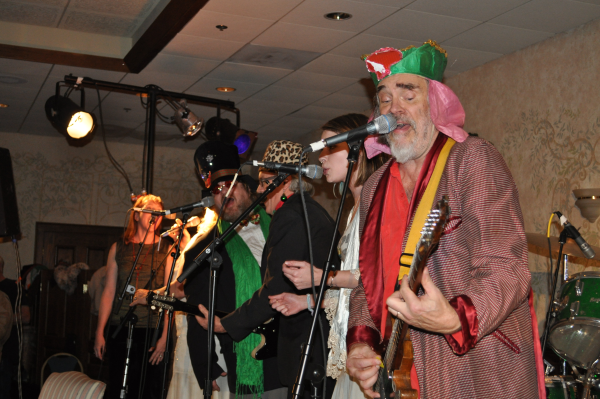 Over the past decade the popular musician has done so at a time when giving is en vogue, the holidays, using his connections to bring together the Cape’s most talented artists for one night of seasonal fare. He will do so again this year as part of the 11th Annual Cape Cod Christmas Cavalcade this Sunday, December 14 at 7 PM at the Jailhouse Tavern in Orleans.

There is a suggested donation of $25 to attend and all money raised from the holiday concert will go to benefit the NOAH Shelter which serves Cape Cod’s homeless men and women.

Among the acts that will be performing at the Cavalcade are The Ticks, Fred Fried, The Rip it Ups, Christine Ernst, Steve Shook & the Elftone All-Girl Ukelele Revue, Polka Dan & the Beetbox Band, Sarah Burrill, Edwige Yingling, Sarah Swain & the Oh Boys, Toast & Jam and Travis’ own band the Chandler Travis Philharmonic.

As to why he organizes the event, Travis said, “it is important to me because I have a very selfish lifestyle and it’s nice to have one day a year when I can do something for somebody else. And it is fun for me because I really like Christmas music. I like a holiday that has its own music and the music is as bipolar as the holiday.”

The Cavalcade is enjoyable for the musicians because it allows them to play songs, “they are not sick to death of already,” Travis laughed.

The allure for fans is that they get to see the Cape’s best musicians come together for one night of holiday-themed music. “It’s always a blast,” Travis promised.