Lonnie Daniels Lends Expertise to the Day Center at NOAH 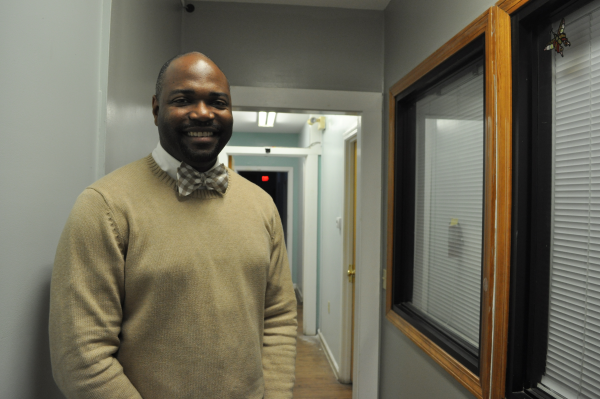 A career in the social services can be difficult, particularly when helping those who are most vulnerable in society.

Lonnie Daniels knows this all too well. For roughly two decades he has worked with HIV patients, abused children and homeless adults. This is just a short list of people the 40-year-old has encountered in his profession.

The Brooklyn-born Daniels has held stints at the Germaine Lawrence Campus in Arlington; McLean Hospital in Brighton; Boston Living Center; and the Andrus Children’s Center in Yonkers, all nonprofits that provide treatment and care for children and adults with a host of complex needs.

Now Daniels is bringing his experience to HAC as a consultant for the Day Center at NOAH which opened in May as a way to give Cape Cod’s homeless population a safe place to stay during the day.

Daniels, who oversees the day-to-day operations for Father Bill’s homeless shelter in Quincy, was introduced to NOAH while conducting training for shelter staff earlier this year.

Shortly thereafter, Daniels was hired to serve as a consultant, providing guidance as HAC goes through the growing pains of running a day shelter. Though he lives in Roxbury, Daniels makes the commute to Hyannis two to three times a week.

He works closely with NOAH Shelter director Greg Bar, observing the day center operations and finding ways it can run more efficiently. “I’m doing observations of the staff, the clients, the building and the flow of traffic and I’m assessing what resources are here and what I see is needed,” Daniels said in explaining his role.

That role is focused on the current parameters HAC is working with and not dealing with what-ifs like wanting a new building for the NOAH Shelter. “We should work with the building we have first,” he stressed.

Bar had high praise for Daniels, calling him “very personable… He knows how to work with all kinds of people.” Beyond that, Bar said, that Daniels has been tremendously helpful in formulating a vision for NOAH that aligns with what community leaders want from the day center.

Prior to working with NOAH, Daniels admitted that he had a similar perception about the homeless on Cape Cod as many tourists do – there are none. “For me, it’s opened my eyes to the homeless population that is here,” he said, noting that they are not unlike the people he crosses paths with at Father Bill’s.

Regardless of where they are from, Daniels relishes the opportunity to help the homeless take the steps necessary to improve their lives. “It is possible,” he said. “Homelessness is a temporary state.”

Daniels, who is currently studying to obtain his master’s in divinity from Gordon College, hopes to one day start a ministry that incorporates the homeless issue as its primary mission. This line of work, he acknowledged, is not easy, but the reward is in knowing that he has made a positive difference in someone’s life. “I’ve worked with folks with serious issues in a variety of different capacities. It’s a challenge,” he said. “But if, at the end of the day, I can get the man or woman sitting across from me to smile and take their mind off of their problems for even a half a second it’s worth it. It [success] is measured in small little increments.”