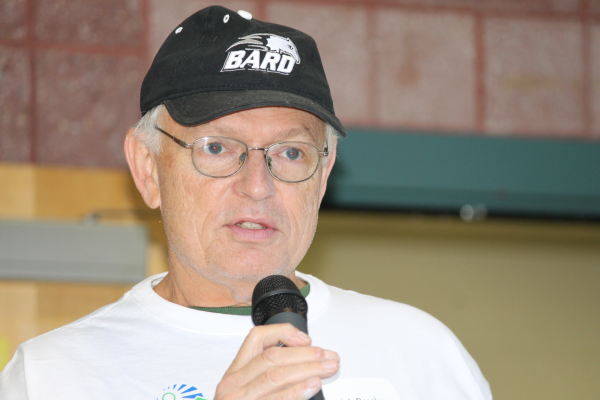 Why is it that some people are completely disinterested in elections and others are fascinated with them? How many times have we all heard people say, “I will be glad when the elections are over.” From some I have heard that no matter who is elected it will make no difference.

The obvious question in response is, “What would you like to be different?” If you would like things to change why would you not try to do something to make change happen?

I believe that most people would like lower taxes. I would like that too, but what public services would I like to be reduced or eliminated? The military? Road maintenance? Foreign aid? Public safety? Fewer teachers? Fewer regulations with a corresponding reduction in staff within regulatory agencies? How about fewer health inspections at restaurants? What about reducing environmental protection?

Maybe we could cut Congress. Polls show that almost all of us dislike Congress. Let’s cut the size of the house in half and have only one senator per state. That would save money. Let’s cut out federal funding for research (cancer for example) and the study of climate change. Let’s eliminate the CIA. Let’s get rid of the tax on gasoline. Let’s get rid of sales tax. Who knows what they pay for anyway.

The choices are difficult.

So let’s just agree on cutting waste, fraud and abuse, balance the budget, and reducing the size of government, all popular ideas. Government is so big there must be lots of things that can be cut or eliminated. The people we elect know this stuff so let them make the cuts, but just don’t cut _____________ (fill in the blank).

Others say we should cut the federal government by giving back to the states lots of powers like the responsibility for public education and health care. The states know best what they need. People would then travel from state to state to get what they need just like they go south in the winter for warmth. So some states would have some services and others would have different ones. We could eliminate the federal highway system and one state might have no bridge maintenance while another might have automatic highways for driverless cars. It might be a little tricky driving from state to state. But we would have lower federal taxes and dramatically different taxes from state to state. You could choose to live in the state with the lowest taxes or the state with the most services. Why not? America is the land of choice and freedom, isn’t it?

My guess is that Massachusetts would continue to have more than the average amount of services and lots of people would come here to take advantage of them. Then it might cost even more to live here. We might even have to build a fourth bridge to the Cape.

Maybe we could pass federal regulations that mandate the minimal services that each state must provide to take the pressure off the service-rich states. No, wait a minute. We don’t want any more regulations do we? More regulations will just lead to more taxes.

This is so confusing. I give up.