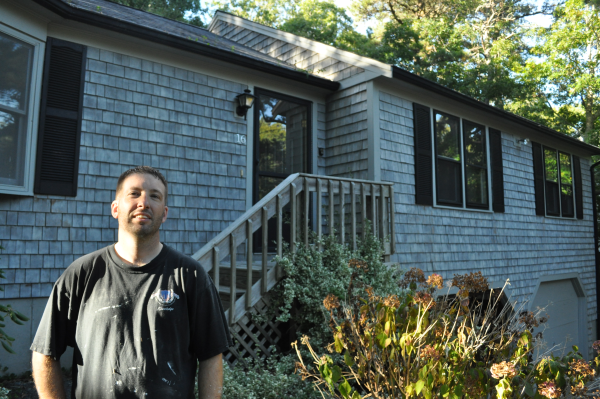 Preparation often sets the stage for success. And that is exactly where Brewster’s Derick Duarte found himself after taking HAC’s first-time homebuyer class in May.

“I honestly had no idea the basic steps involved with buying a home,” Derick Duarte admitted.

That changed thanks to the assistance of Cheryl Kramer, the manager for HAC’s Housing Consumer Education Center, who led the four-week class Duarte took with his fellow Cape Codders earlier this year.

The class, Kramer said, “helps people think about what they are doing and who they want to work with in the process of purchasing their home.”

For Duarte it set the foundation for what to expect when purchasing a home on Cape Cod. “I knew what was coming, what I had to do and when I had to do it,” he said. “It was so much less stressful than if I hadn’t taken the class and didn’t know what was going on.”

He credited the sessions for giving him insight into choosing a real estate agent; the amount he would need for a down payment on a home; working with a mortgage broker; and the negotiation process for making an offer on a home.

Duarte learned about the class from a friend and elected to take it because “I was at a point in my life where I wanted to buy a home.”

A 41-year-old technician for Comcast and father of two – Cheyenne, 14, and Tyler, 12 – Duarte had been living and renting in Brewster for the past decade. “My rent now has gotten to the point where I’m paying someone else’s mortgage,” he said. “It doesn’t make sense if I keep paying rent. I’d rather own something I can pass on to my kids and we can customize and make our own.”

In August, Duarte was at the doorstep of making that dream a reality. He had an offer accepted on a home in Brewster which he finally moved into last month. “I’m thrilled,” he said. “I never thought in a million years I’d be able to afford a home in Brewster, but with the help of your homebuyer course and my agent it has been a painless process.

“I’ve talked to friends who have bought homes and their stress levels were through the roof because they didn’t know what to expect or what was going on,” he continued. “Every step of the process went as expected and I knew what was coming next.”

Click this link for information on HAC’s first-time homebuyer classes for next year.