Skip to content
Home/Walking for a Higher Purpose
Previous Next

Walking for a Higher Purpose 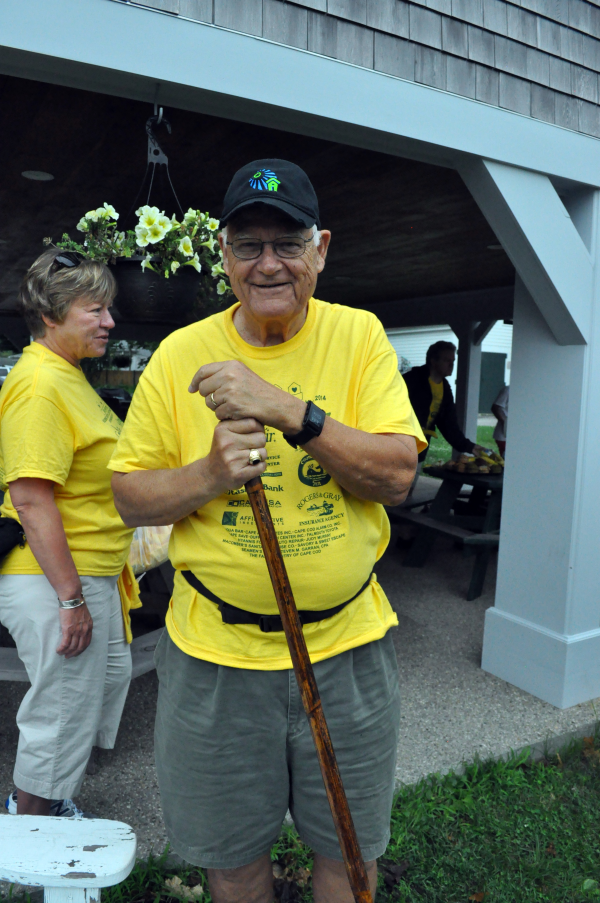 Blisters, sore legs and aching muscles are all part of the bumps and bruises that come with the Bob Murray Housing with Love Walk. But that is nothing compared to what the Reverend John Rice of South Yarmouth, a retired Episcopalian priest, is undergoing through as he walks portions of each section of the seven-day event.

The 73-year-old Rice has been diagnosed with prostate cancer and recently underwent his final radiation treatment. That has not stopped him from walking a short distance each day on behalf of HAC.

This marks his 10th year participating in the walk which was created 22 years ago by Bob Murray as a way to bring awareness to Cape Cod’s housing issues. Of the walks he has participated in Rice has completed the entire course, from Provincetown to Falmouth, six times.

Despite his medical issues, he said, he felt a need to walk this year both as a way to honor Bob Murray, who passed away in September, and because of what the event means. “Shelter is the very basic need of human beings everywhere,” he said, noting that it also has a personal relevance to him because his mother was the recipient of federal funding to ensure she had a roof over her head during the last years of her life in Tennessee.