A Decade-Long Relationship Between HAC and Cornell 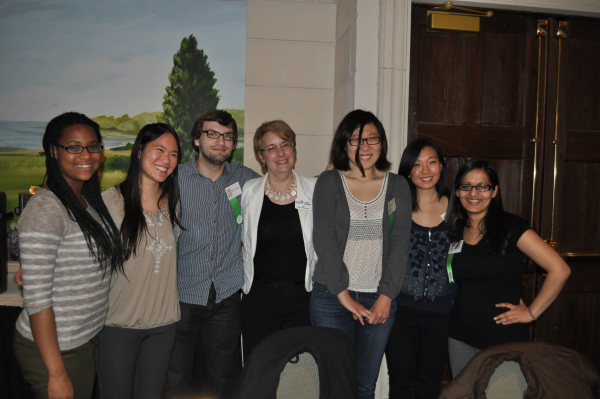 This year Housing Assistance Corporation (HAC) is not only celebrating its 40th anniversary, it is also observing another important milestone – a 10-year relationship with Cornell University which has been sending a small contingent of students to Cape Cod for one week every April to help address the region’s housing issues.

“I think the primary value is that it provides a real sense of optimism,” HAC CEO Rick Presbrey said of what the students from the Ivy League college have brought to the Cape’s non-profit since 2005. “First of all, I am always impressed with what a wonderful group of kids they are. They give up their spring break so it gives you optimism for the future. And they accomplish a lot in such a short period of time so it gives inspiration to us on what can be accomplished.”

This year six Cornell students made the trek from Ithaca, New York to Hyannis, to educate juniors and seniors at Barnstable High School and Dennis-Yarmouth High School on the importance of financial literacy, covering everything from creating personal budgets to balancing wants versus needs.

“It was a thrill to see how the high school students were open to hearing from people a few years ahead of them and so willing to ask questions,” said Cheryl Kramer, HAC’s manager for consumer education, who was responsibile for overseeing the Cornell students’ work throughout the week.

Catherine Richards, an English teacher at Barnstable, said the Cornell presentation served as an invaluable resource for her students. “I think it is exciting for them to learn from their peers as opposed to a teacher,” she said.

And she said the topic is paramount, particularly for those students who want to continue living on the Cape past high school or college. “I teach a whole unit on the cost of living with the idea of how to save in order to get a good house, but also how much it will cost to stay on Cape Cod and raise a family and have children,” she said. 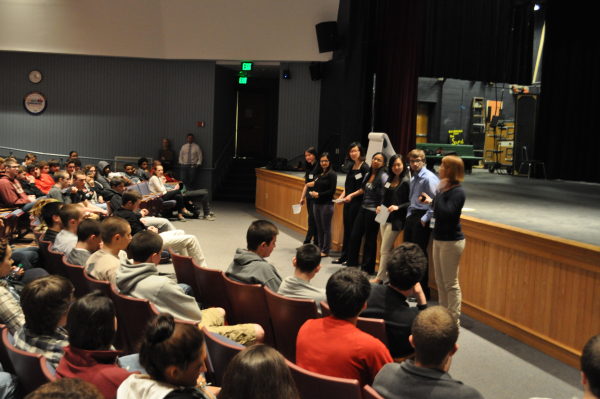 For Caleb, the most rewarding aspect of the trip was spending time at the Village at Cataumet where he decorated picture frames with four-year-old Lillian. “She really made a huge impact on me,” he said. “You don’t think of her as being homeless. You think about her as ‘Lillian.’ She is just like anyone else. It was really eye-opening because you tend to think about homelessness in terms of statistics.”

Grace had a similar reaction following her visit to the NOAH Shelter. “It was really tough just seeing the space where they were living,” she said. “It was very emotional for me because homelessness is a big issue in my [hometown]. It gives you a lot of respect for the volunteers and staff who work there.”

Though she is unsure of what she will do after college, Grace has expressed an interest in working for a non-profit. “I feel like it is a really meaningful way to live life, especially if it has as big of an impact as HAC,” she said.