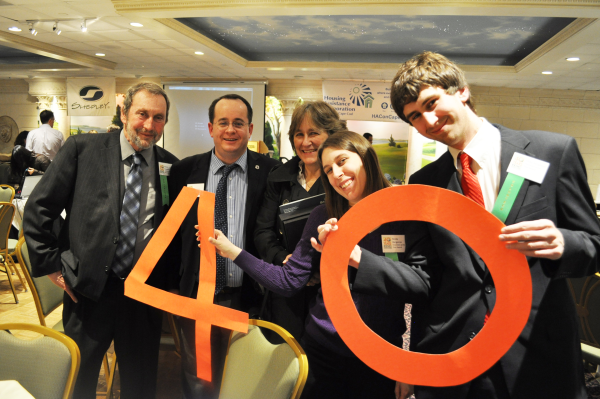 HAC’s annual meeting could be summed up in one word – celebration.

In fact, that is exactly how the evening’s festivities kicked off: with a celebratory video in which HAC staffers, a few volunteers and some clients, danced and lip synced to Kool & The Gang’s “Celebration,” to the delight of the more than 350 in attendance at the Cape Codder Resort & Spa in Hyannis.

Rick Presbrey, CEO of HAC, jokingly assured the crowd the video is not indicative of what really goes on at HAC under his watch. “Whenever I’m away you get the kind of scene you got there and I was away last week and I do know what the staff was doing,” he said to laughter. “I saw little shreds of confetti and stuff on the floor, and I knew there’d been trouble.”

Presbrey used the video to highlight the positive culture that pervades the non-profit. “We have low turnover at the agency. We really do and I think there are some pretty good reasons why and that is one of them: people are having a good time,” he said.

The positive nature of the event, which was sponsored by Shepley Wood Products of Hyannis, was a theme throughout the night, something that WXTK radio personality and the night’s host Matt Pitta alluded to in his opening remarks: “We are here tonight to celebrate your 40 years of making lives better for people and families here on Cape Cod,” he said.

Presbrey, one of the founders of HAC, credited his staff for helping the non-profit reach this milestone, noting they “really believe in the mission and really work uniformly towards the same goal like a team,” calling that aspect of his work over the past four decades immensely satisfying.

HAC took time to honor several individuals, groups and organizations that have helped it achieve that mission over the past year.

Among those were the 807 volunteers who donated 12,685 hours in 2013, prompting HAC’s Mary Everett-Patriquin to remark, “Right now I feel like the luckiest volunteer coordinator on the planet. You are such an inspiration.”

In exchange for those volunteer efforts, she said, HAC was taking $500 it had earmarked for the annual meeting and moving it into programs and services for its clients. “Five hundred dollars is a whole lot of good,” she said. “It is enough to keep a family from going into shelter and becoming homeless.”

Dennis Selectman Wayne Bergeron, his wife Janine and their children Rebecca and Michael were singled out for their philanthropy, receiving the Volunteers of the Year Award. The family has long been a fixture at HAC events, including the Housing with Love Walk, the Big Fix and the Shelter Cape Cod Telethon.

In accepting the award, Michael relayed a story from his childhood about the first time he helped his father deliver food to the homeless in Hyannis. The message he received that day was one he has not forgotten. “My father said, ‘Mike, no one plans on being homeless,’” he said. “We’ve been so blessed throughout our lives and the opportunity to give back is one of life’s true pleasures.” 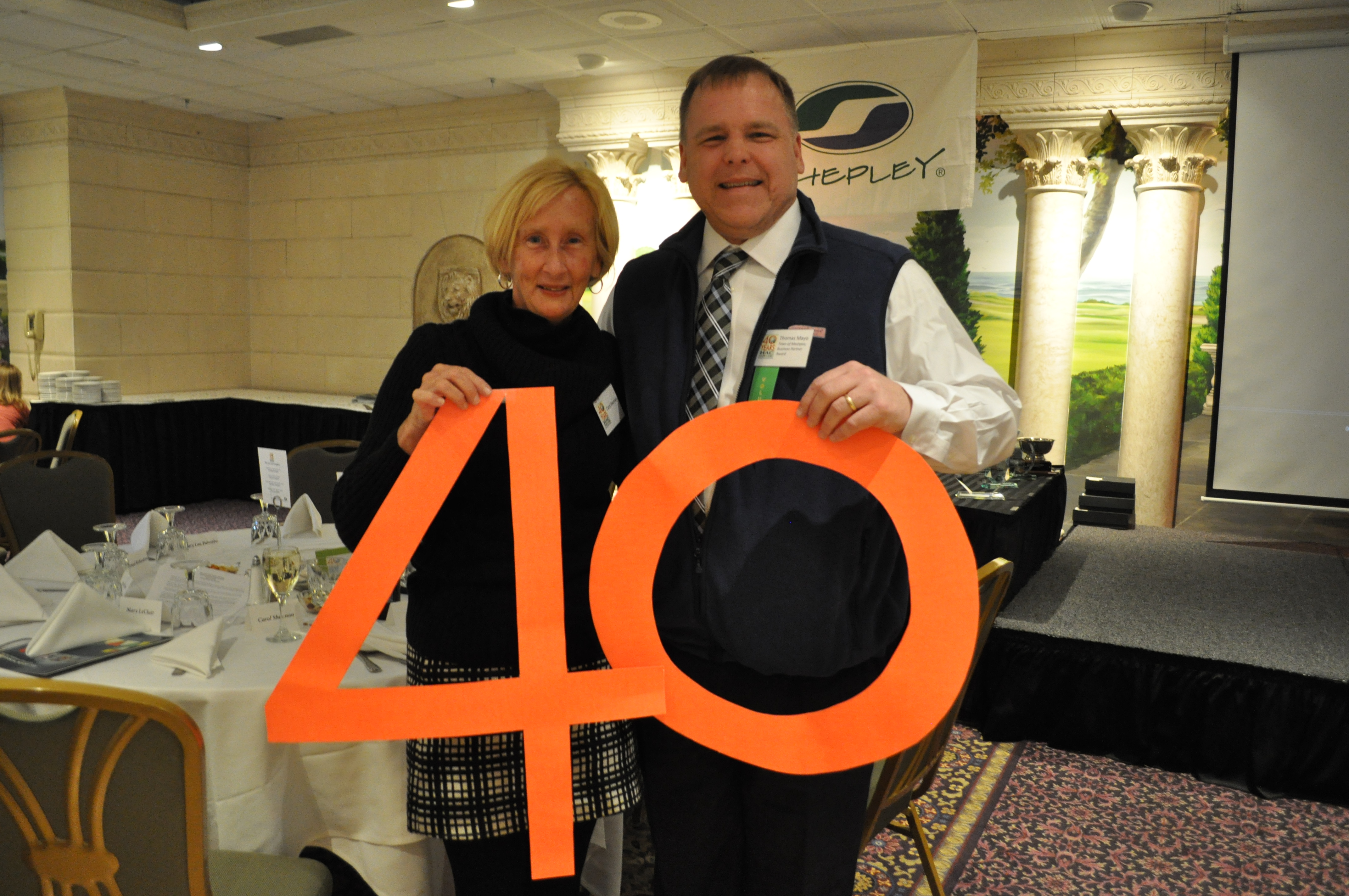 The Town of Mashpee received this year’s Business/Organization Partner Award for its role in pulling off the biggest Big Fix to date, along with its support of Great Cove which will bring 10 rental units of affordable housing to the Upper Cape community this spring.

“What we try to do is go to towns that are enthusiastic about [the Big Fix],” Presbrey said. “Well, we had no idea how enthusiastic a town could be until we ran into the likes of Mashpee.”

Mashpee Assistant Town Manager Tom Mayo downplayed the efforts made by his fellow employees and residents. “It was such an important project and it never seemed like we were doing anything special because it was so important,” he said.

Last year’s recipient of the Presbrey Public Service Award, the Reverend Dr. John Terry of the Federated Church of Hyannis, presented that award to the Reverend Lawrence Brown of Hyannis, a humanities teacher at Cape Cod Academy in Osterville. 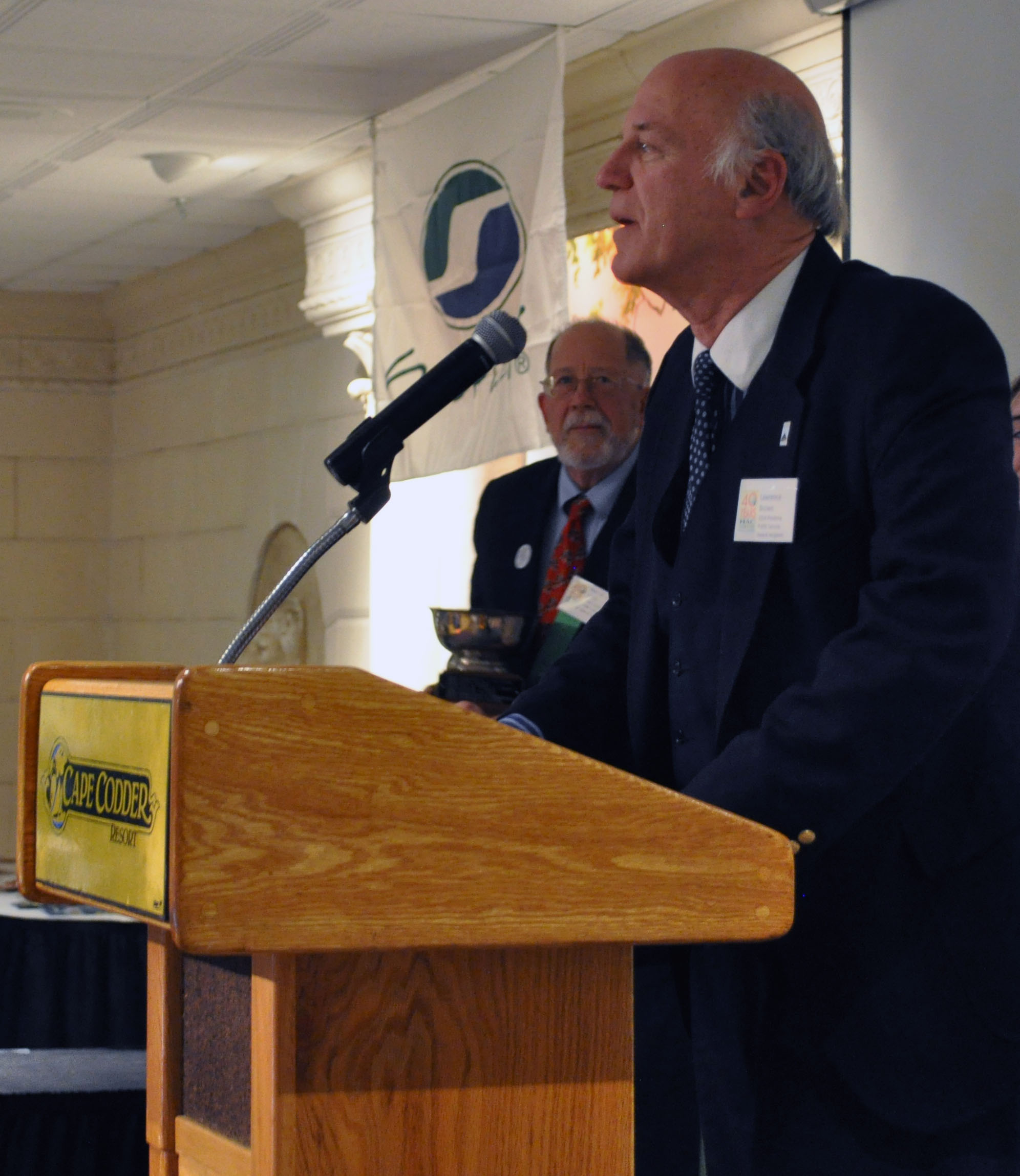 Mr. Brown was joined by two of his students, juniors Emily Brady and Katie Bailey, who have helped organize their school’s coffee houses and the Shelter from the Storm concert at Cape Cod Community College, both of which feature high school artists and which raise money for area charities including HAC’s NOAH Shelter in Hyannis, the Duffy Health Center and the region’s homeless veterans.

“This past year I was the student-manager and MC of one of the concerts and it was one of the most rewarding experiences of my life,” Brady said. “I can’t believe the program that he created and how much it has helped people on Cape Cod. This year it raised over $10,000 and that will help fund a Stand Down this summer and allow us to give extra money to organizations such as the Interfaith Council [for the Homeless] and HAC.”

Though the night was markedly positive there were several emotional moments, including a speech from one of HAC’s clients, Tracey Dalton of Orleans, who spent seven years homeless, but found hope and recovery through the NOAH Shelter.

And Cyndy Jones, joined by her husband Ken, had many in tears as she spoke about the creation of Heroes in Transition, a Mashpee-based non-profit formed after the loss of their son, US Marine Corps Captain Eric A. Jones, in 2009 in a helicopter collision while he was serving in Afghanistan.

“We’re here because four years, five months and 23 days ago we received a knock on the door,” Ms. Jones said. “From that time we have decided to honor our son.”

The couple has done so through Heroes in Transition which has helped raise over $500,000 since 2010 that goes to support veterans, whether it be through providing therapy dogs, modifying homes, offering transitional support group therapy or financial support.

Last year Heroes in Transition helped fund improvements to several homes owned by Mashpee veterans as part of HAC’s Big Fix, and helped keep Afghanistan, Vietnam and Korean War veterans, all of whom have fallen on hard times, in their homes on Cape Cod. The non-profit was the recipient of this year’s Human Services Partner Award.

“It’s been an absolutely wonderful marriage with Heroes in Transition and HAC,” Ms. Jones said. “We’ve just loved working with HAC because of all the organizations and collaborations we’ve done with other groups, HAC is really the closest to my heart.” 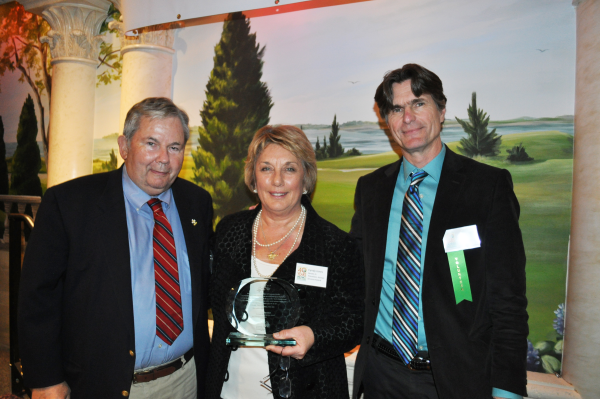