Ryder Mamo, 7, of Truro stopped by the offices of Housing Assistance Corporation on West Main Street in Hyannis the other day accompanied by his mother and a bag full of toys.

They were toys Ryder received on his birthday that he decided to donate to homeless children. 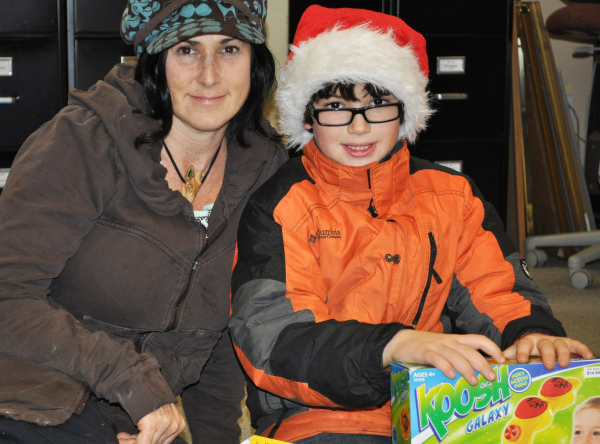 Ryder, who is in second grade at Truro Central School, got the idea from the movie, “The Red Wagon,” which he watched with his family two days before his birthday. The movie is about a young boy who starts a nonprofit to help needy children after a storm leaves local families homeless. After seeing the movie, Ryder decided to include on his birthday party invitations that presents would be donated to homeless children so people should bring unwrapped presents for boys and girls.

Ryder’s mother, Amy Kandall, said she had asked her son what he wanted for his birthday and he said, “I don’t need anything” and he suggested, “Why not give the gifts to someone else less fortunate?”

“We both realized it would be really good to do some community service,” Amy said.