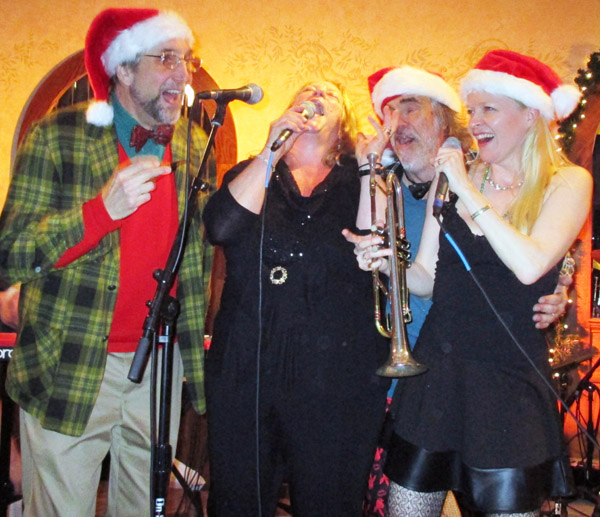 Musician Chandler Travis of Eastham said he organizes the Cape Cod Christmas Cavalcade for the Homeless every year because he likes to try to help out those in need.

His way of helping includes a one-of-a-kind festive event with some of the top musicians on the Cape performing holiday music and skits to the delight of an enthusiastic crowd of fans. The concert gives much-needed funds to the NOAH Shelter in Hyannis, where homeless men and women can find shelter, meals and a hot shower year-round.

Though donations are still coming in, the event has so far raised about $6,000 from the concert, another $1,200 from a second concert at Wellfleet Harbor Actors Theater (WHAT), plus hundreds raised through sponsorships for a total over $9,000, the highest ever from the Cavalcade!