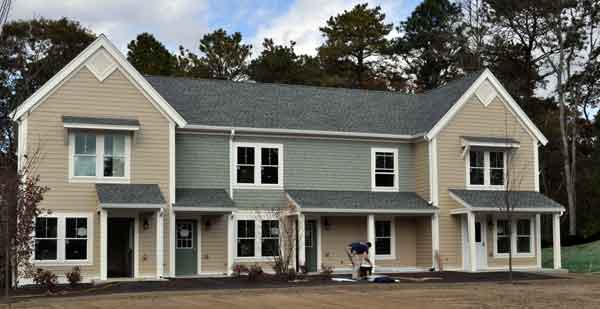 The need for affordable rental apartments on Cape Cod was on full display earlier this fall during a lottery for 12 affordable apartments.

A total of 252 people applied ot the lottery in hopes of getting one of the 12 rental units on Stage Coach Road in Cneterville. When the drawing of numbers began, there were more than three dozen people in Barnstable Town Hall watchng the process. There were mothers with babies, a homeless man who arrived with a backpack containing his possessions, parents with teenagers, and senior citizens, all hoping their number would be chosen early in the lottery drawing.

Housing Assistance Corporation ran the lottery on behalf of the Barnstable Housing Authority. Karen Davis, program coordinator in the Consumer Education Department of HAC, said the large number of people applying for the units served to demonstrate the need.

“Just in case you need ammunition about needing affordable housing on the Cape,” she said.

The lottery numbers were divided into two sub-categories: Barnstable residents and people who are homeless. Of the 252 lottery applications, there were 30 families who identified themselves as homeless and 160 families who indicated they were from the Town of Barnstable.

One man in the audience said he had not received his letter from the housing authority giving his number in the lottery because he was homeless. “They don’t accept mail at the shelter,” he said.

Luana Champagne attended the lottery with her four-year-old son. Ms. Champagne, who grew up in Brazil, has lived on Cape Cod for 12 years and graduated from Dennis-Yarmouth Regional High School. She works as a certified nursing assistant. She said she and her son are homeless and living in a hotel in New Bedford. She said she hopes they are chosen in the lottery. “I want to be able to give my kid a roof over his head, so we can be comfortable and so we don’t have to worry about where we will live next.”

Ruth Rivero said she lives in a homeless shelter in New Bedford but would like to return to Cape Cod where she has family and because she is familiar with the area, having lived here for several years. She attended the lottery with her one-year-old son, Marcus. She said she hoped to get one of the apartments. “Especially because of him,” she said.