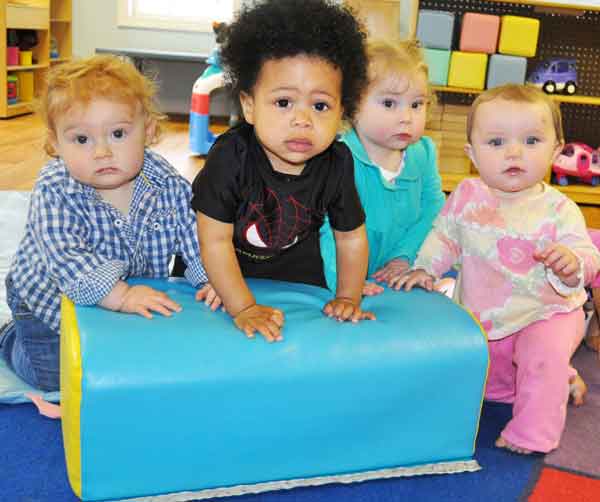 While ARC program at Angel House has only been operating for the last eight months, HAC staff can already see results.

Working in the new Therapeutic Playspace, those trained in the ARC methods have seen remarkable improvements in infants and toddlers, according to staff. One example of a toddler thriving in the program is “ Jacob,” (not his real name) who came to Angel House with his 24-year-old mother last October.  Jacob was born addicted to opiates and when he arrived at Angel House he was a child who had trouble connecting to others.

He was not walking or even sitting up and was behind developmentally. “He functioned in his own world,” according to Angel House clinical director Christina Russell. 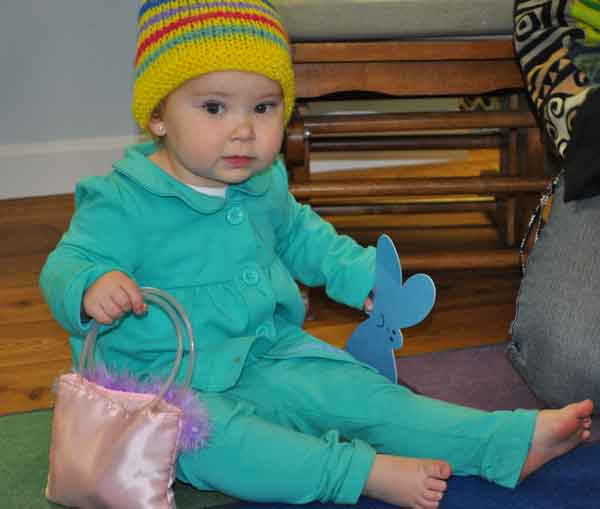 Both Jacob and his mother blossomed under the ARC program. Jacob began walking and talking. He learned to feed himself and to use a spoon. He learned sign language to help him communicate and became better at making eye contact. “The change in him was pretty significant,” said Amy Brigham, assistant teacher for Playspace at Angel House.

At the same time, Jacob’s mother was learning important parenting skills. “She was learning how to connect to him,” Ms. Russell said.

Another example is one that Ms. Brigham said is probably the program’s biggest success story so far. “Adam,” who came to Angel House in January, was struggling with detox issues that led to severe reflux. Because of the reflux, he was unable to participate in “tummy time,” lying on his stomach, which is important for development of head control and shoulder and arm
strength.

With the help of the ARC program’s early intervention specialists, a program of exercises was developed for Adam to build his core strength on a daily basis. In just one month, he was sitting up and now, after just four months in the ARC program, he is crawling and is catching up to the normal developmental milestones. “That’s a lot of progress for a little guy in
a short period of time,” Ms. Brigham said.

Another child, “Billy,” who is now one year old, was described by staff as “very calm and quiet; his laughter is infectious.” But his mother was having trouble parenting her baby. The two were
at Angel House for just a couple of weeks, but in that time in the ARC program, the mother learned to support her son and the child has thrived.