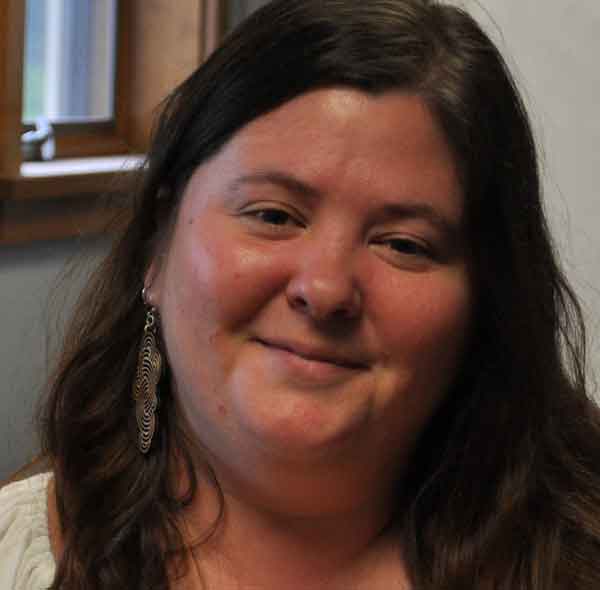 HAC’s own Ashley Granger, a program representative in the Leased Housing Department, has three new letters after her name: MSW.

Ashley, 32, completed her Masters degree in Social Work on May 19 from Boston University’s School of Social Work. Ashley said she had wanted to get the degree for awhile. “I’ve always been interested in helping people,” she said. “That’s one of the things I like about HAC.”

The school’s off-campus program allows students who live on Cape Cod to take classes at Cape Cod Community College on Friday nights and Saturday mornings from September to the end of June.  Ashley completed the program, 68 credits plus 1,200 hours of internships, in two and a half years.

The first was at South Bay Mental Health in Mashpee. The agency operates a day program for clients with mental health issues and works with clients on life skills for independent living. There she worked with licensed mental health counselors and licensed independent clinical social workers to co-facilitate psycho-educational groups for adults with chronic mental illness.

Ashley said the South Bay internship was “really interesting . . . and fast-paced.” She said she had a lot of interaction with clients who had a variety of different diagnoses.

Ashley said, much to her own surprise, she really enjoyed working with the children on group and individual therapy.

She said her interest is in “micro” social work, “to help individuals move forward in their lives and be the people they want to be.”

Ashley, who grew up in Plymouth, received her undergraduate degree from University of Massachusetts at Amherst where she double-majored in political science and women’s studies. She moved to Cape Cod in 2005.

That same year, she took an administrative assistant job at HAC and within eight months, a position opened and she moved up to the program representative spot.

Now she has 360 clients, both families and individuals, whom she helps by administering their housing subsidies, either Section 8 vouchers, Massachusetts Rental Voucher Program, Home Base, or the Shelter Plus Care program. She said her favorite program to administer is Shelter Plus Care because she has more interaction with the clients who were homeless and with mental health issues. “They need extra attention,” she said of her 22 clients, adding she works closely with staff from Vinfen, which handles case management.

She said the program’s ability to help people is gratifying. “When you see someone who was formerly homeless doing better, it’s kind of a great thing,” she said.

She said her favorite part of her job is interaction with clients and working with other HAC departments. “It’s fun to put our heads together and figure out how we can best serve a particular client or program, like linking a client with an energy audit or giving someone coming out of a shelter a voucher,” she said.