When bitter cold temperatures struck Cape Cod in the last two weeks of January, HAC’s staff and supporters’ concern for the homeless was greater than ever. 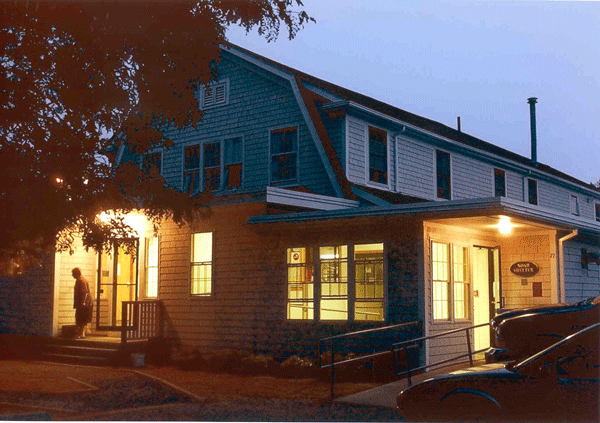 “We evaluated the weather on a day-to-day basis and determined whether it was unsafe for people to be outside,” said Connie Raleigh, HAC’s director of individuals housing services. “We went over and above to keep people safe.”

The NOAH Shelter in Hyannis normally is open from 4:30 p.m. until 8 a.m. No staff or food is available to clients during the closed hours.

“We stayed open 24/7 or opened early most days during the second half of January,” said Raleigh. “We saw an influx of people who did not have stable housing. We used our overflow capacity to take folks in and keep them safe and warm.

“When we get this kind of weather, it really makes you think. What does it mean to be homeless in winter?”

NOAH staff members who normally work at night or overnight came in during the day to help prepare food and tend to clients. “They really care about the well-being of the clients,” said Raleigh. “It can be taxing on the clients when they’re indoors all the time, and people get a little bored. We worked hard to get them engaged in games, movies and conversation, as well as talking about housing.”

Two local hotels – Courtyard Cape Cod in Hyannis and the Hampton Inn in Yarmouth – donated blankets and towels. “To be able to get wrapped up in a comforter is a luxury for someone who just has a fleece blanket,” said Raleigh. “People are using the showers a lot more to get warm, but they also take towels with them to use as an extra layer.”

During winter months, some clothing items are in extra demand. Items needed right now include socks, mittens, gloves, hats, underwear and towels. Donations can be dropped off at the NOAH Shelter (70 Winter Street, Hyannis) between noon and 3:30 p.m. or you can call to make an appointment.

Raleigh said another helpful donation is gift cards to Dunkin’ Donuts, Burger King and McDonald’s, which are all a short walk from the shelter. “On a cold, miserable day, people can buy a cup of coffee and sit someplace warm for a while,” she said.