Skip to content
Home/Three Generations of Helping HAC
Previous Next 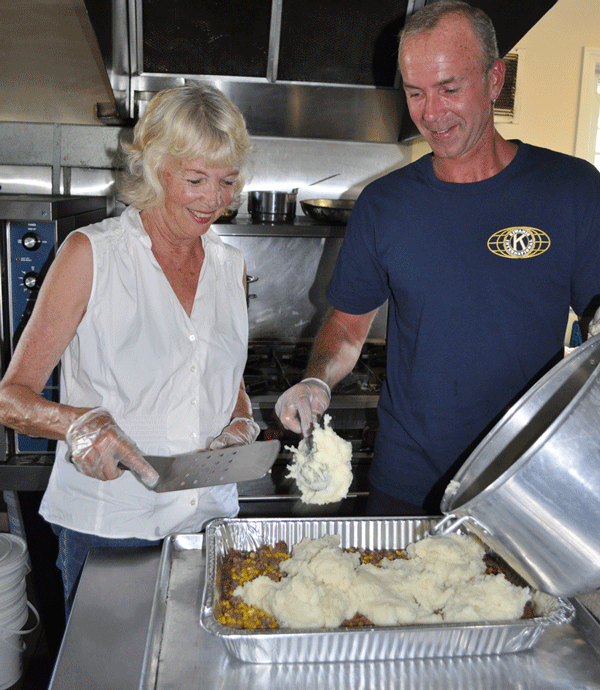 Dianne Wadsworth moved to Cape Cod to help take care of her parents and aunt. She found a job as a teacher but wanted to do more, so she started to volunteer at the NOAH Shelter. That was 26 years ago, and Dianne is still volunteering at the Hyannis shelter.

On the first Saturday of every month, NOAH residents know that they can look forward to a home-cooked meal: Dianne’s shepherd’s pie. “It’ easy and they like it,” she said. “It’s hard to come up with something you can make for 40 or 50 people and not have it break you.”

Dianne’s father volunteered at the Cape Cod Hospital and was active with Kiwanis, and he assisted Dianne with feeding NOAH residents until he died at age 93. Now Dianne, 73, gets help from her 47-year-old son, Ty Marchment.

“It’s a family tradition to have community spirit,” says Dianne. “If I didn’t do something like this, I’d just be sitting around watching television. I appreciate what I have, and I like helping others.”

Ty started helping his mother at NOAH about three years ago. “I remember as a kid going to the Kiwanis breakfasts with my grandfather,” Ty says. “He started three of the Kiwanis groups on the Cape. He impressed me with all he did. When he retired, he was busier than ever. He was a great role model.”