HAC recently completed three years of federal funding for the energy and repair department’s weatherization program. HAC received $2.6 million in American Recovery and Reinvestment Act funds (AARA). “The goal was to weatherize 405 homes and we did 602,” said Nancy Davison, HAC vice president of program operations. “We were very, very productive.” 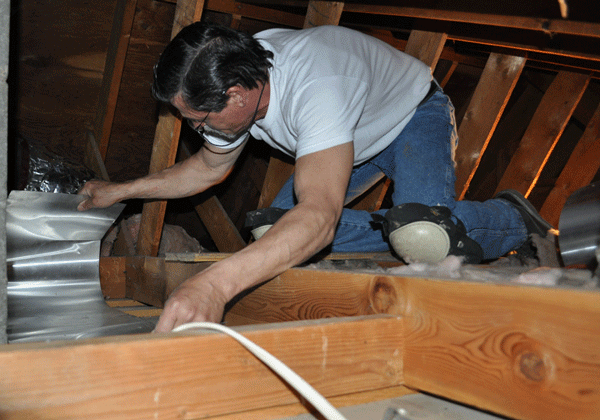 “Our skill level is among the best in the state,” said Shad Williams, energy and repair director. “To take on such a huge increase and be able to do the job they did is a testament to our staff’s talent.”

At the same time of the ARRA program, utilities tripled their support of weatherization. “It pushed HAC’s visibility to a higher level as our energy programs became more impactful in the region,” said Davison.

The increased funding from utilities via Cape Light Compact will allow HAC to continue its weatherization efforts post-ARRA. “When you think of the impact this has had on people’s lives, it’s significant,” said Davison. “The majority of the folks we helped are older and alone and don’t have a lot of support. Now their comfort level is improved and they’re not dreading the winter because they know their utility bills will be lower.”