Housing Assistance Corporation – A Night to Thank Our Volunteers 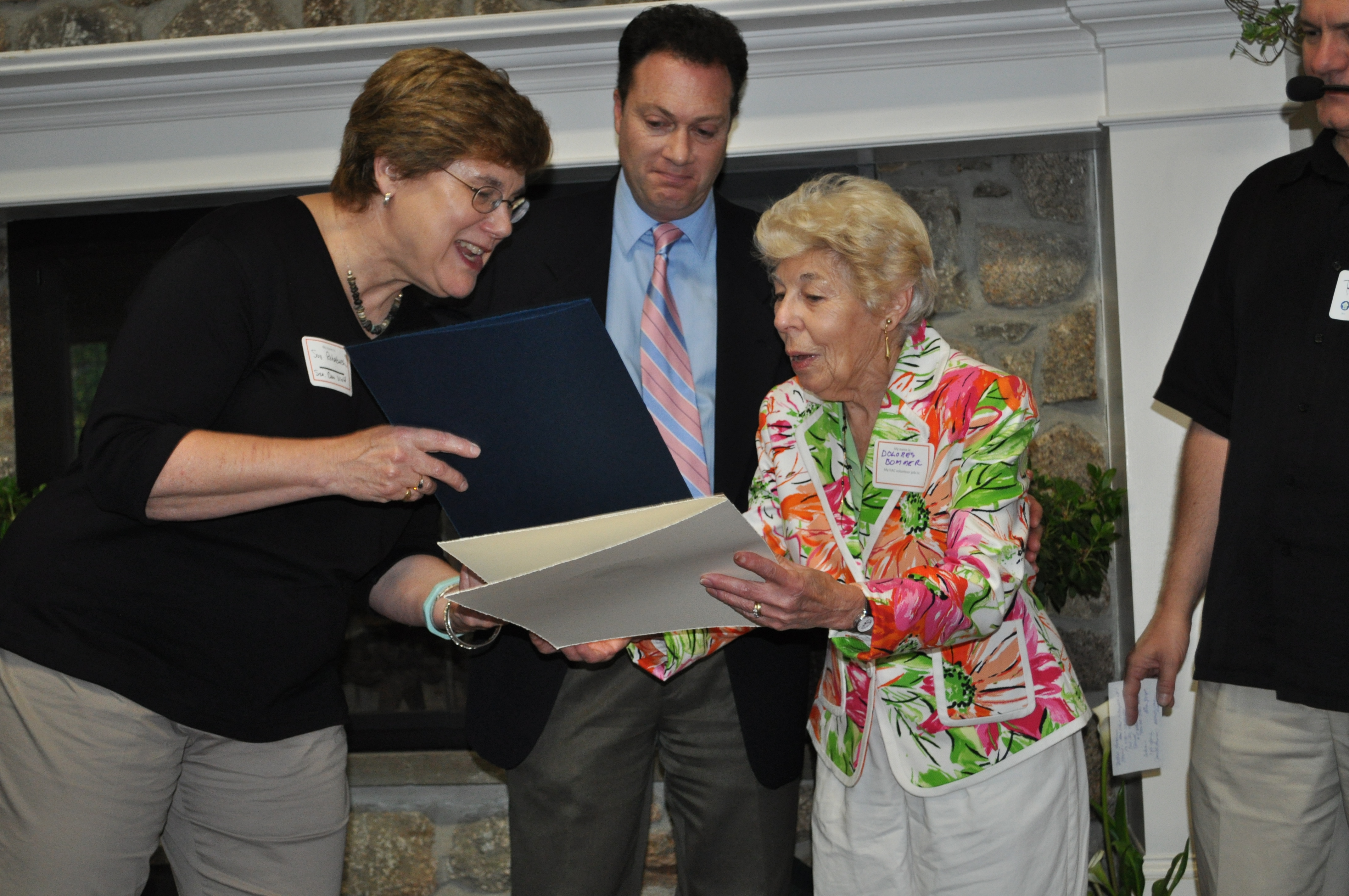 Above: Dolores Bommer receiving her citation from Susan Rohrbach and Tom Bernardo.

At the start of this year’s annual volunteer recognition dinner, HAC CEO Rick Presbrey asked the large group of HAC volunteers how many years of service had they been involved in, counting up from one. The years of service grew until a couple on one side of the room claimed the longest at an impressive 22 years.

Bob and Janet Winter, who have been serving meals at the NOAH Shelter for over two decades, were among the guests at the volunteer recognition dinner on May 31 at Our Lady of Victory Church in Centerville. “Our volunteers reinforce our belief in doing something worthwhile in life,” said Presbrey. “HAC depends so heavily on volunteers. We could not do our work without you.”

Rick Brigham, NOAH development director, recognized Dolores Bommer, a longtime Wednesday night meal service volunteer at the NOAH Shelter. “It was a cold and rainy night,” remembers Dolores of her first visit to the shelter. “I knew I had to do something. I could make soup.” Over the past 13 years Dolores and her team have served thousands of meals. Dolores was presented a statehouse citation by Susan Rohrbach, district director for State Sen. Dan Wolf, and Tom Bernardo, community relations director for State Rep. Demetrius Atsalis.
Also recognized with statehouse citations were two Project Prevention supporters: the Dennis-Yarmouth Ecumenical Council for the Homeless (DYECH), which raised $50,500 in 2011 and more than $1.2 million since 1994, and the Barnstable Interfaith Council (BIC), which gave $19,000 in 2011 and $289,936 since 2011. “The breadth and the depth of the giving of this community is tremendous,” said Connie Raleigh, HAC’s director of individuals housing services.
For information about volunteering with HAC, contact volunteer coordinator Mary Everett-Patriquin at 508-771-5400, ext. 279, or volunteer@HAConCapeCod.org.

We are currently looking for volunteers for this year’s annual Big Fix in Dennis on September 29, 2012.