A Tribute to Board Chair Peter Muise 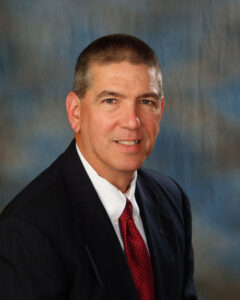 Housing Assistance mourns its board chair, Peter Muise. He passed away on July 6 after a long battle with cancer and post-transplant complications.

His legacy will live on through his loving family and our work housing our community. Peter was deeply loved and will be missed terribly. We are grateful for his kind, curious, and enthusiastic leadership. He worked closely with Alisa to transform Housing Assistance during the CEO transition and over the course of his tenure.

Muise joined the Housing Assistance board in 2017. When Housing Assistance discovered there was no loan product for people to build an accessory dwelling unit (ADU) that counted the rental income when calculating their ability to repay, Muise responded in his role at First Citizens and created one. That paved the way for other banks to follow suit with similar loan products. “His approach to charitable giving was one of concern for the people and curiosity about the root cause of the problems facing the community. He was a problem-solver.” Magnotta said.

Everyone who met him would describe him as kind and fair, proving one can rise to the top of one’s field without sacrificing integrity. Peter was a man of character, with a strong moral ecology – he lived his values clearly and consistently.

As the president and CEO of First Citizens’ Federal Credit Union, he was dedicated to helping his community, especially on housing issues. Peter was an executive committee member of the Homeless Service Providers Network in New Bedford and one of the founders of Rise Up for Homes, a fundraising and advocacy organization to support ending homelessness. He also served as the co-chair of the South Coast Regional Network to End Homelessness. Alisa Magnotta, Housing Assistance CEO, remarked, “The housing community lost a great advocate. Peter was remarkably generous, especially with his expertise and insight. I will miss his coaching and business acumen. He made me a better leader – and HAC a better organization.” Ray Tamasi will succeed Muise as Housing Assistance’s board chair. At the recent Oysters and Champagne fundraiser for Housing Assistance, Tamasi honored Muise. “If I had to think of one word to describe a man like Peter, it would be courage,” said Tamasi. “I hope to be half the guy he was as chairman.” The board will deliberate on how to appropriately recognize Peter’s contribution and legacy at a future meeting.

“We want to do something that matches his significance to HAC and something his family can be proud of. We cannot bring him back, but we can make sure his memory lives on.”

Muise is survived by his wife, best friend, and partner of 50 years, Robin (Fitzpatrick) Muise, three children and nine grandchildren.