In 1983, when Jeanine Bandiero and her late husband Milton Thomas were living in Queens, New York, they purchased a one-acre parcel of land in Truro. A little over six years later, the couple, who were both teachers, eventually built the home of their dreams on that lot. 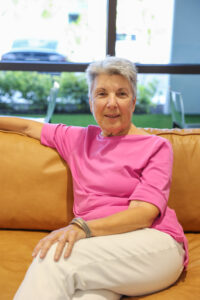 “We were struggling middle-class people and were very lucky to say we live in Truro,” Bandiero said. “That is the truth – we love Truro. And we just loved it there. It is a wooded lot, kind of at the bottom of a not-too-low hollow and walking distance to a private beach.”

That home will one day be converted into a deed-restricted affordable property in perpetuity that Bandiero will be directing to Housing Assistance in her will. She is also a member of our Housing Legacy Society through a planned gift as part of her bequest. “Through this gift to Housing Assistance, I am able to fulfill my wish and that makes me very, very happy,” Bandiero said. “This house, we worked on it all summer and we had fun in it. It was our piece of rock and our legacy and now I want it to be in my husband’s and my name to be left for someone who needs it.

“I hope the next person gets to enjoy it as much as we have,” she continued.

Bandiero’s decision to gift the property to Housing Assistance came about, as she described it, serendipitously. Several years ago, she attended a talk at the Truro Library detailing the housing crisis on the Cape.

She wanted to do something to help, researching organizations that are doing work to address the issue. That led her to Housing Assistance; she connected with Chief Development Officer Anne Van Vleck who worked with Bandiero to ensure her intentions were met.

At some point, the dream home that holds so many special memories for Bandiero and her husband, who died in October 2013, will provide the same for someone else.

The couple’s connection to the Cape started not long after they met; they eventually got married on December 30, 1977. During the summers, she would take him to Bar Harbor, Maine, and he would take her to Cape Cod.

“We’d mostly stay in those cottages down in Truro which were wonderful and across from the beach,” Bandiero said. Those trips led to their desire to call Cape Cod home. 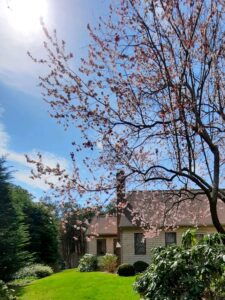 The summer when their dream home was being built, Bandiero said, her husband worked at the local fish market in order to purchase items like doors and kitchen cabinets needed to finish the project. She did the sanding, staining and painting while he installed the trim, doors, windows, and cabinets.

Time, effort, and lots of love went into building it. It’s that last part that will stay with the house thanks to Bandiero’s generosity.

“It would be nice if other people did this. I understand people think of their family first, but it is important for people to consider the life of their community as well,” she said. “Because the places that we love, they need the help of the people in the community to survive.”